The first and biggest show of the Alien World Tour, “Live At The Roundhouse” was shot via 14 cameras in front of a sold out home crowd, with the audio mixed and mastered by “Alien” engineer Chris Blancato. An exhilarating performance from a band desperate for a lifeline, “Live At The Roundhouse” showcases the turning point for Northlane as they clawed their way back from the brink of collapse.

“Live At The Roundhouse” was captured during “Alien” release week at the culmination of the most turbulent period in Northlane‘s history. As outlined in their recently released documentary, “Negative Energy,” the last time Northlane played at that same venue in 2018 it was to a half-empty room in a desperate bid to get their head above water financially. “Live At The Roundhouse” also boasts a confronting and gut-wrenching performance by front-man Marcus Bridge, as he battles through songs about his harrowing childhood live for the first time. Those who tuned into “Negative Energy” got a sneak peak of the band playing “Sleepless” for the first time — a song they will never play live again.

“One of the most incredible, moving moments we’ve ever had on stage for me was when we played ‘Sleepless’ for the first time at our show at the Roundhouse,” states guitarist Josh Smith. “Knowing what events had transpired not too long before that, and what the song was about I could tell Marcus was struggling when I got up there. By the time the song had finished, he was in tears and he just soldiered on though the rest of the encore like nothing was wrong at all. I could tell on the inside he was just bleeding out. It was one of the bravest moments I’ve ever witnessed.” 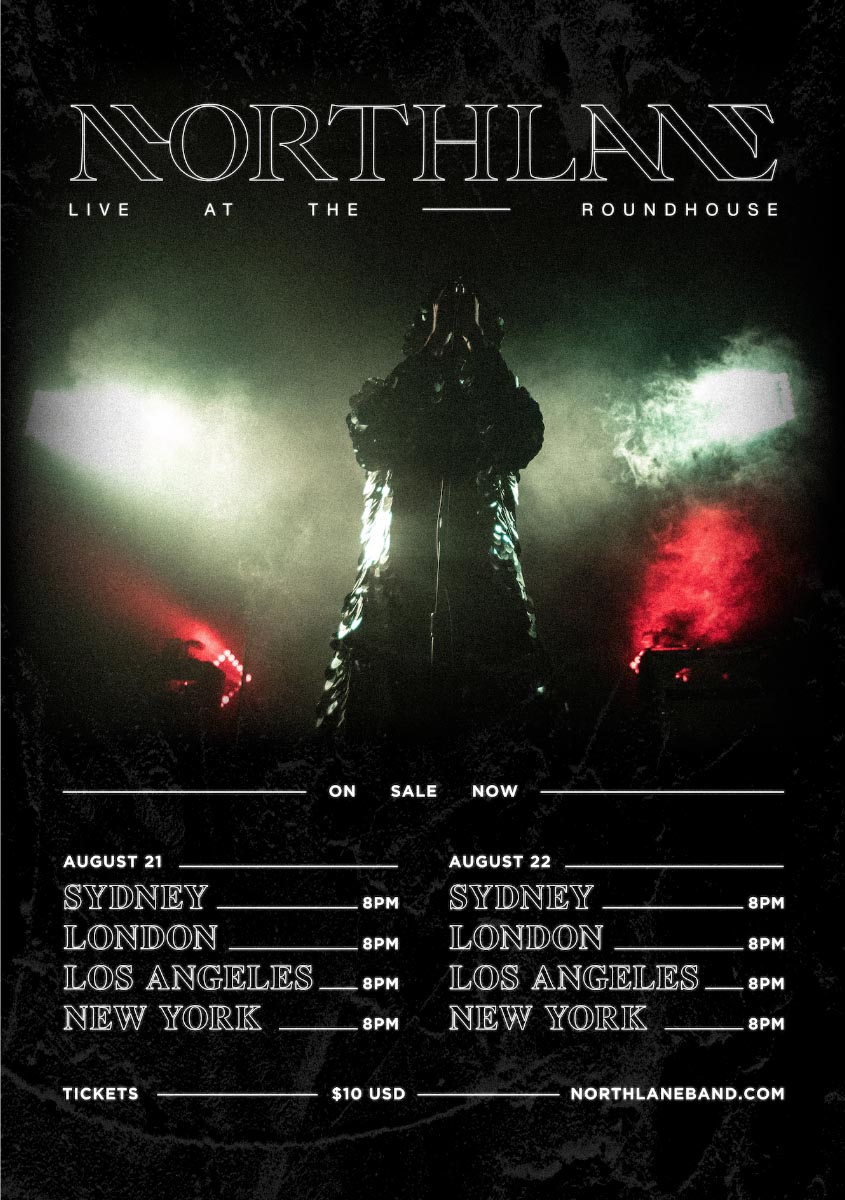 Following this concert, a fully revitalized Northlane went on to complete the biggest tour of their career, selling out most shows across the globe. Back home, “Alien” scored the band their third Top 5 Chart debut and third ARIA Award for Best Hard Rock/Heavy Metal Album. “Alien” was their highest-selling debut worldwide.

“Live At The Roundhouse” is only available to stream for two nights only.

Tickets are on sale now here.