Pink Floyd’s iconic drummer Nick Mason is bringing his new Super Group Saucerful of Secrets to the Fillmore Miami Beach at the Jackie Gleason Theater next Wednesday, March 27th, 2019 at 8PM. Tickets for what promises to be a wonderful evening are on sale since last November 5th.

Nick Mason is the only member to have played on all Pink Floyd’s studio albums, has shunned retirement and formed the new band Saucerful of Secrets named for one of Floyd’s early albums. The band consists of guitarist Lee Harris, longtime Floyd touring bassist Guy Pratt, Spandau Ballet guitarist Gary Kemp, and keyboardist Dom Beken. The band has just completed a successful European tour and are now embarking on a North American visit. The set-list has concentrated on Pink Floyd‘s early years—especially songs with founding singer/guitarist Syd Barrett.

The impetus behind Saucerful of Secrets came from a conversation between Harris and Pratt on why Mason hadn’t done something musical lately. “If it had just come from Lee,” Mason tells Billboard, “I probably would have thought, ‘Hmmm, not really.’ But the fact that I’ve worked with Guy on and off for the last 30-odd years, I thought, ‘Well, if Guy’s involved, this could really work.’ And then Gary joined in saying he’d love to do something. Suddenly there was an actual sort of focus on how this could work. We went and did a couple of days’ rehearsals. Everyone came away from it absolutely buzzing.”

Among the numbers Saucerful of Secrets has played at the recent shows included “See Emily Play,” “Arnold Layne,” “The Nile Song,” “Bike,” “Set the Controls for the Heart of the Sun,” and “Obscured by Clouds” — songs that either Pink Floyd hadn’t performed during arena tours or never played live at all. Mason admits to being surprised himself about performing on stage once again. “But I’m absolutely delighted,” he says. “I’m really enjoying it.”

For more information go to www.fillmoremb.com 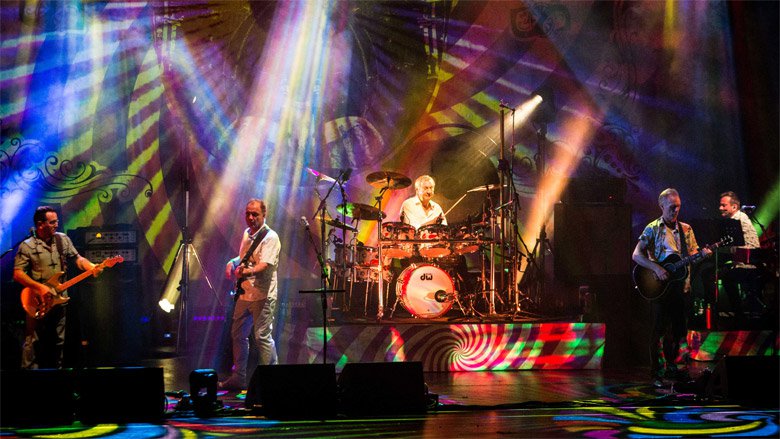