Pink Floyd’s drummer Nick Mason has formed a new band called Nick Mason’s Saucerful Of Secrets. Named after Pink Floyd’s second album, the five-piece group will play their first four shows in London in May, solely performing Pink Floyd’s early work including songs from The Piper At The Gates of Dawn and A Saucerful Of Secrets. The lineup includes Spandau Ballet’s Gary Kemp, Lee Harris of the Blockheads, bassist Guy Pratt, who took over from Roger Waters in Floyd, and composer Dom Beken, a collaborator with late Floyd keyboardist Rick Wright. Pratt and Beken worked together in the electronic band Transit Kings.

“This is a unique opportunity to experience Pink Floyd’s celebrated and significant early body of work played live including songs from albums The Piper at the Gates of Dawn and A Saucerful of Secrets,” the new group said in a statement. “Very few bands are as culturally important as Pink Floyd. They are one of the best selling music artists of all time and Nick Mason is a founder and the only constant member of the band performing on all of their albums as well as all of their live shows. This will be Nick Mason’s first live musical outing since Pink Floyd played at the 2005 Live 8 concert in London.”

They kick off with a date at the 500-capacity Camden Dingwalls on Sunday 20th May and follow it with a trio of 250-capacity shows at The Half Moon in Putney on the Monday (21st), Wednesday (23rd) and Thursday (24th). The four gigs in May will be Nick Mason’s first live musical outing since his 2012 performance with Ed Sheeran, Mike Rutherford and Richard Jones. Nick, of course, is a founder and the only constant member of Pink Floyd performing on all of their albums as well as all of their live shows. 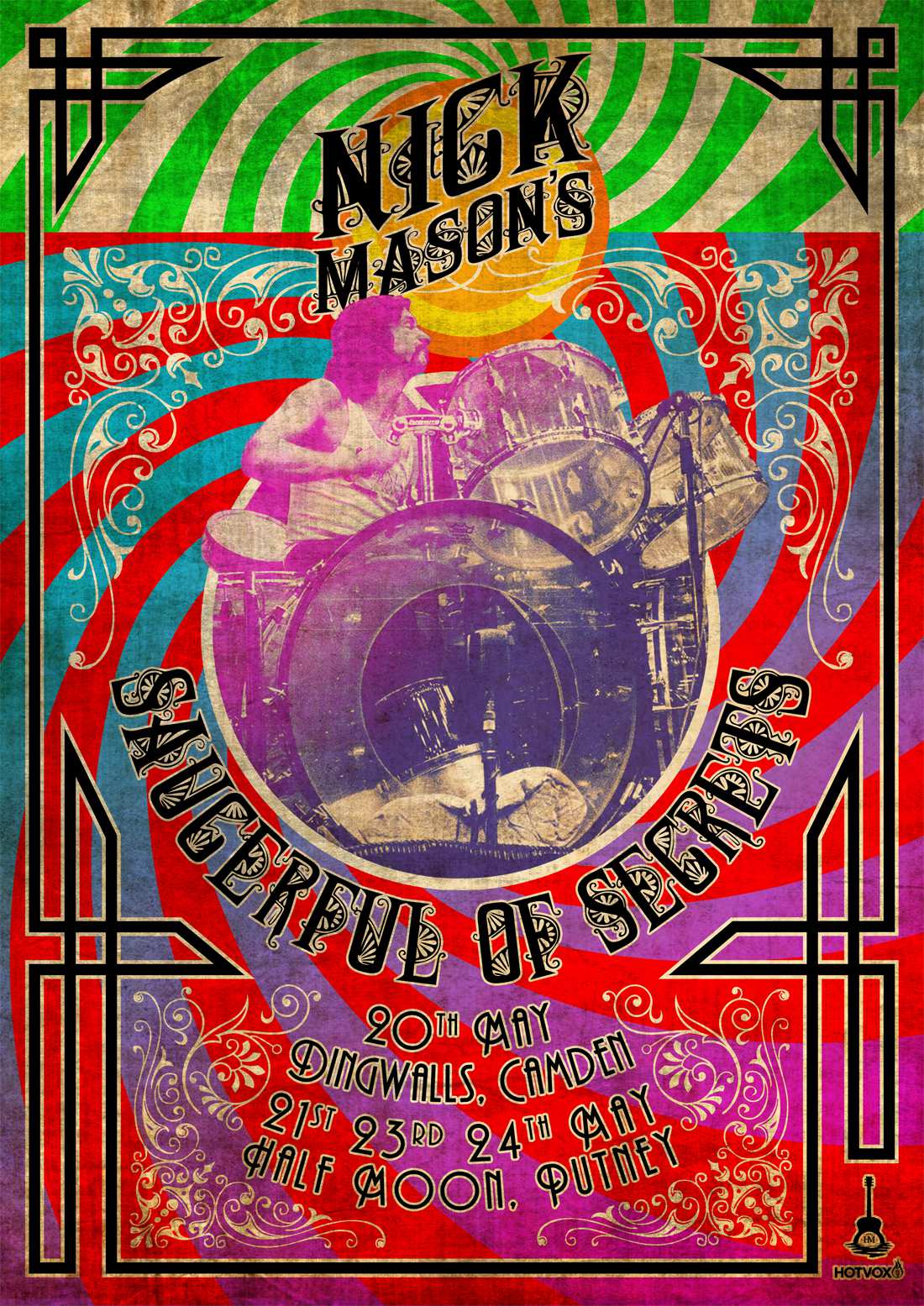