TRENDING
Newly-staffed femme Thrash Metal engine NERVOSA releases their explosive third single, “Under Ruins”, cut from their upcoming full-length album “Perpetual Chaos”, to be released this Friday on January 22nd, 2021 via Napalm Records.
As a harbinger of their new record, Diva Satanica’s powerful and aggressive vocals draw the listener into the heavy vortex of NERVOSA’s pure energy. Along with an official music video, the new track highlights the difficult topic of a homeless child left to survive on the streets.

NERVOSA‘s upcoming full-length album, “Perpetual Chaos”, marks the beginning of a new era whilst also underlining their critical, direct lyricism and style: From political grievances and amplifying the voices of minorities to protesting against factory farming, capitalism and succumbing to the ill-informed musings of social elites – these commanding women do not mince words. “Perpetual Chaos” was recorded in Malaga at Artesonao Casa de Grabación Studio by Martin Furia, who also produced the new full-length with Amaral. The LP was mastered by Yarne Heylen.

Amaral comments: “It was a wonderful experience with these girls. They are all very talented and did an excellent job. I have never been so happy with the final result of a record. I chose Artesonao studio in Malaga, because it is isolated and in an extremely beautiful place, we worked hard but we had the best vibe between us.”

Diva Satanica comments on the album recording: “It was undoubtedly a very intense process in every way. Not only did we learn to work together, but also to get to know each other and live together. I am very lucky to be able to be part of a project like this and I am sure that with the release of this album, NERVOSA will take a very important step in its career. Working with Martin Furia was incredible. He helped me to find nuances in my voice that I didn’t know I had. Get ready for a new era, more powerful than ever!”

Guided by a marvelous force of uncompromising thrash and death metal, the raw power of “Perpetual Chaos” has its finger on the pulse of time: lyrically, NERVOSA does not hesitate to tackle issues that impact the very core of society as we know it. From political grievances and amplifying the voices of minorities to protesting against factory farming, capitalism and succumbing to the ill-informed musings of social elites — these commanding women do not mince words. Tracks like the airtight opener “Venomous”, the fast-twitching “Until The Very End” and “Time To Fight” prove that NERVOSA‘s revitalized identity experiments with both fresh new elements and crucial auditory foundations without succumbing to any clichés. “Genocidal Command” perks ears with Diva Satanica‘s vocal eloquence, accented by the outstanding range of Schmier (DESTRUCTION) while mirroring a rousing thrash metal manifest. A tremendous outcome awaits with brawl-brushed guitar lines, blisteringly fast drums and critical lyricism — striking the listener in a way only NERVOSA could. 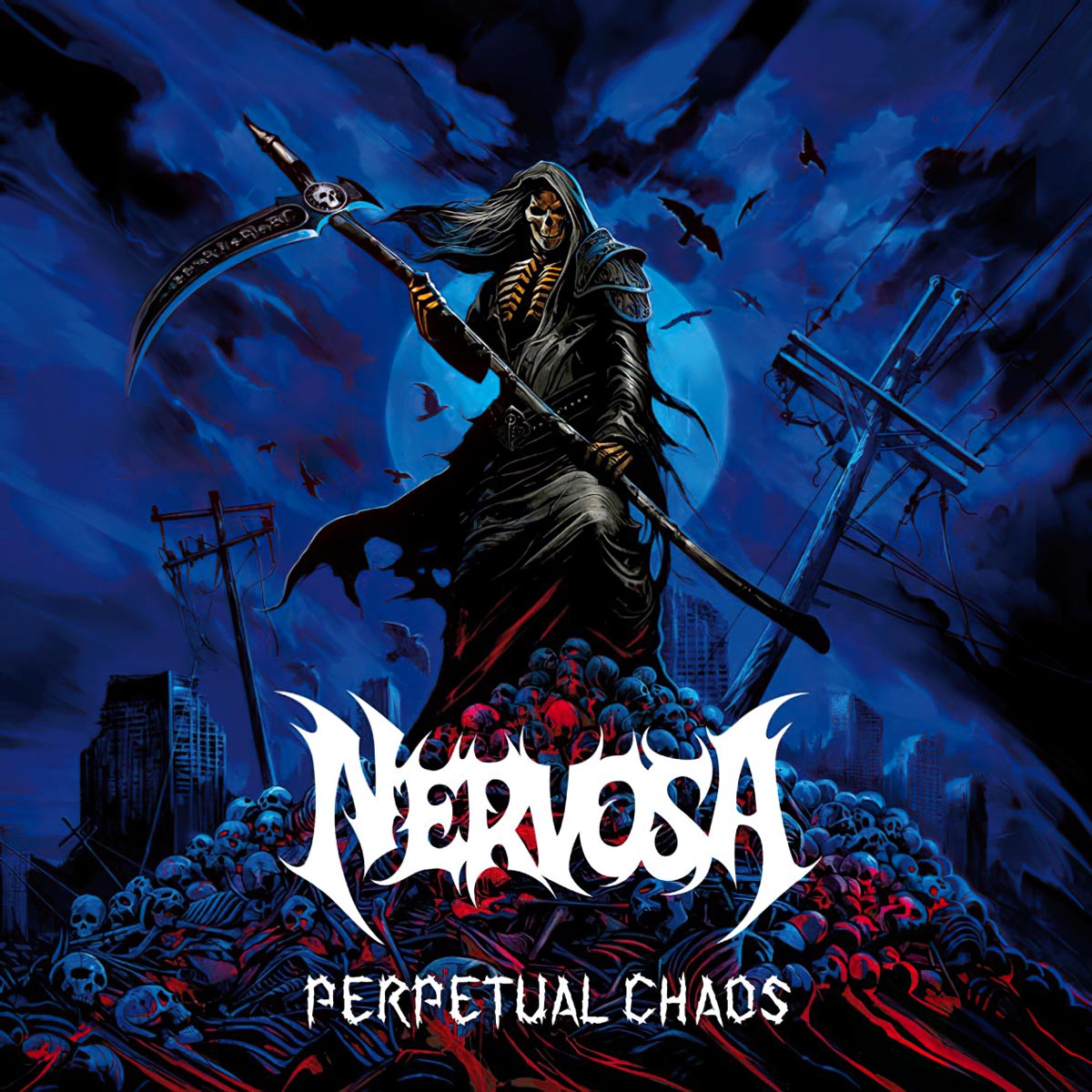