German melodic death/doom metallers NAILED TO OBSCURITY  have announced the release of their upcoming label debut, titled Black Frost, for January 11, 2019 through Nuclear Blast Records. The album features 7 brand new extensive tracks, which absorb the listener with its stunning atmosphere, without sacrificing the band’s remarkable sound.

For more than ten years, NAILED TO OBSCURITY from Northern Germany have successfully developed their distinctive style, somewhere between melodic death metal and doom with progressive influences. Their underground debut Abyss… exhibited these rare first glimmers, but their albums Opaque (2013) and last year’s King Delusion especially showed a real evolution within their sound, allowing the band to take some huge steps. Their melancholic songs never fall short of the necessary brutality, and always create a distinct dynamic which mesmerizes the listener who profoundly experiences every note and every word. This magic has already won over the fans of festivals such as Wacken Open Air, Summer Breeze and Party.San Open Air as well as those who attended their tour throughout Europe as main support to DARK TRANQUILLITY plus their appearances alongside renowned acts such as ARCH ENEMY and PARADISE LOST. 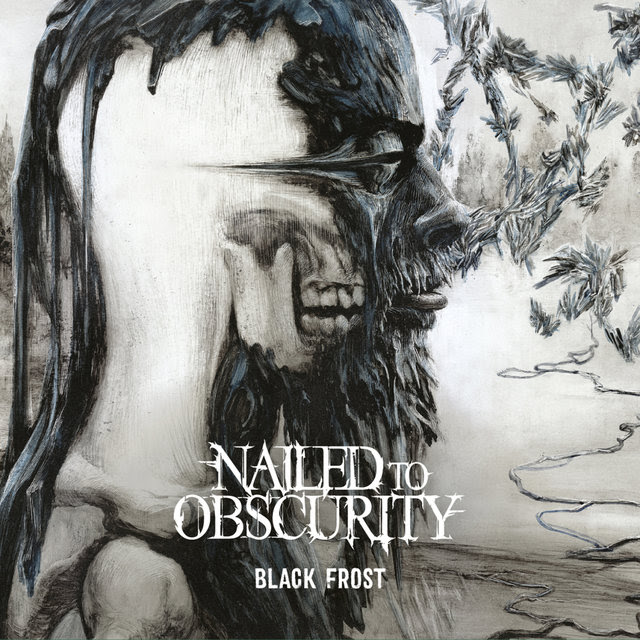 States the band, “Frequently, we carry frustration, pain, fear and rage with us until it’s too late. Like black frost that builds up weightily on the mast and the ropes of a ship, able to cause it to capsize, we burden ourselves. These suppressed emotions are the focus of Black Frost, which for us is the next logical step after King Delusion. While the new songs feature our distinctive touches, they are also a lot more open and multifaceted than ever before. We can’t wait to finally unleash our Nuclear Blast debut and to present Black Frost live on stage in January/February!”

Explains Caruso, “Through the ages, the experience of the organic has outspread a substance frozen by the fear of uncertainty: the order of the sight succeeded to mute the mystery of the organism with a web of cold signs within the limits of the body, covering the shape of our true selves under the petrified whisper of a black frost. Now, we are in need of crying out a sharp thunder, a burning poem to melt it down.”

The album release will be celebrated with an extensive European tour with AMORPHIS, SOILWORK and JINJER. All dates can be found below.