No rest for one of Britain’s most melancholic exports: Just half a year after MY DYING BRIDE returned from their break with their haunting and successful (German Album Charts #12) masterpiece “The Ghost Of Orion”, the kindred of Yorkshire raise the curtains to the “Macabre Cabaret” – their new MLP that will be released on November 20th via Nuclear Blast.

On September 25th, the band shared the first single and lyric video for “A Secret Kiss,” which can be viewed below.

The new EP of the band offers three new songs (plus a hidden gem on the physical editions) – dark luscious Death Doom ear candies that will dive their victim into a sensual world of darkness and temptation and conceal the borders between sweet pain and destructive illusion.

Pre-order “Macabre Cabaret” HERE. The album is available in the following formats: 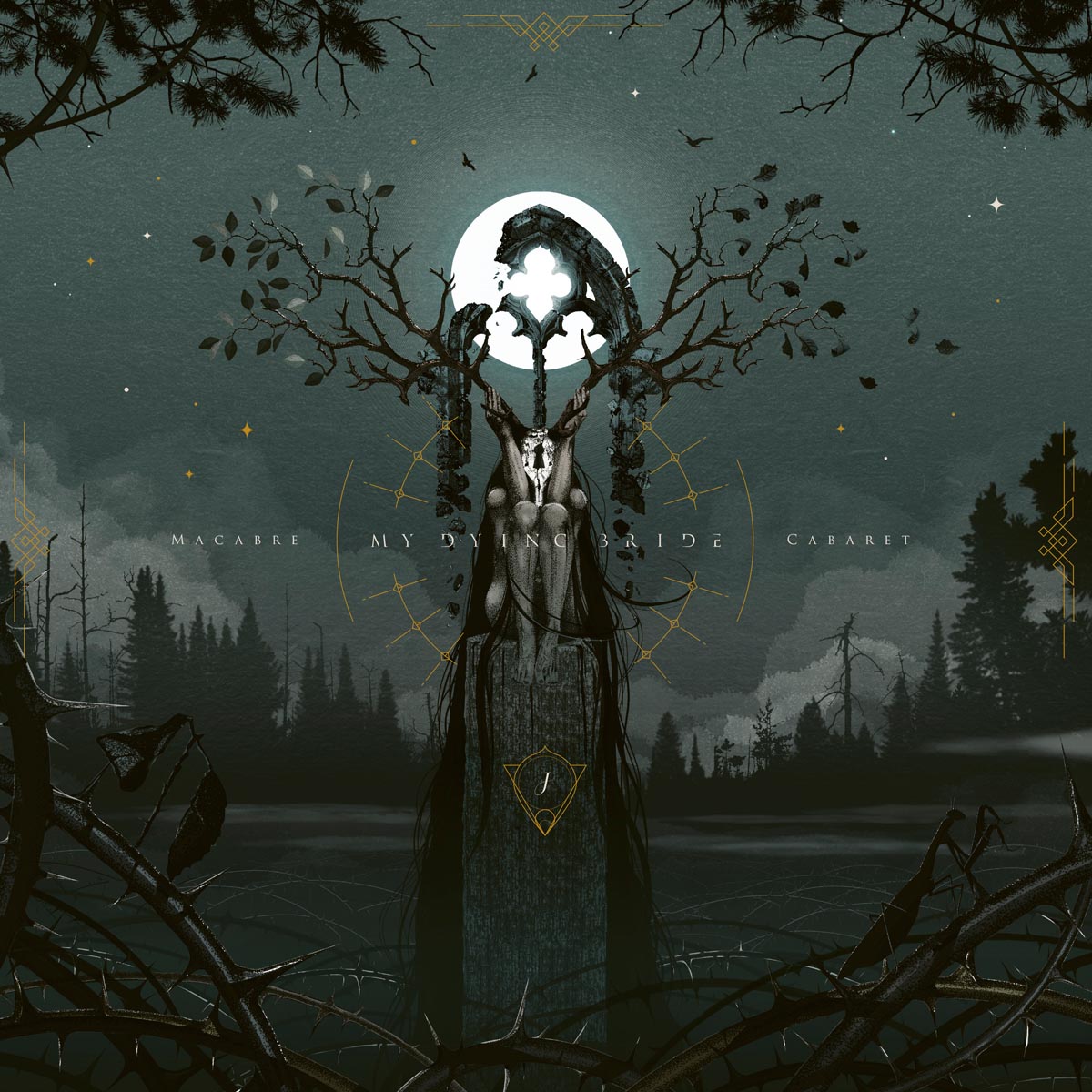 “’Macabre Cabaret‘ delves into the shadow empire of dark love and the consequences of unchecked sexuality. The deep passion of physical desire and its all-conquering rage over pure love is written bleakly here. A destructive essence within the soul can’t help but rear its ugly head.

‘A Secret Kiss’ is the final and lasting mark on the soul any human will feel when the lights have dulled and nothing meaningful remains for them. All religion features a shadow creature who arrives at the point of extinction and the release of the human soul, to either guide them to majesty or allow them do fall eternally into the ether.

‘A Purse of Gold and Stars’ is where we keep our hopes and desires and affection, perhaps in a dreamlike state, unattainable yet we still reach out for them. The trinkets and shiny baubles we call happiness and love are what we try so hard to keep close and protect. But it is never quite like that in real life and is often a struggle tainted with sadness but still, we hold the purse close and in tight cold hands.”

The EP was produced mixed and mastered by maestro Mark Mynett and crowned with a beautiful and sinister artwork from Bunker Artworks.