MOTIONLESS IN WHITE and BEARTOOTH have announced a co-headline tour set for January 2020. The “Diseased & Disguised” tour kicks off January 4 in Seattle, Washington and runs through January 30 in Fort Lauderdale, Florida. Presale tickets will be available starting today, October 29 at 12:00 p.m. ET with VIP ticket packages available Wednesday, October 30 at 10:00 a.m. local time at at this location. All remaining tickets go on sale November 1 at 10:00 a.m. local time. Additional support and tour dates will be announced in the coming weeks.

MOTIONLESS IN WHITE vocalist Chris Motionless remarked: “Are you planning on a New Year’s resolution of hitting the gym harder? Losing some unwanted poundage? Well, come get that sweat on with us and BEARTOOTH in January 2020 at the ‘Diseased & Disguised’ tour. Judgement free zone ahead.”

BEARTOOTH bassist Oshie Bichar said: “We’re going on tour with MOTIONLESS IN WHITE. It’s quite literally the only reason to actually leave your house in the dead of winter. So bundle up and get ready to have your faces melted by the glowing warmth of a tasty riff.” 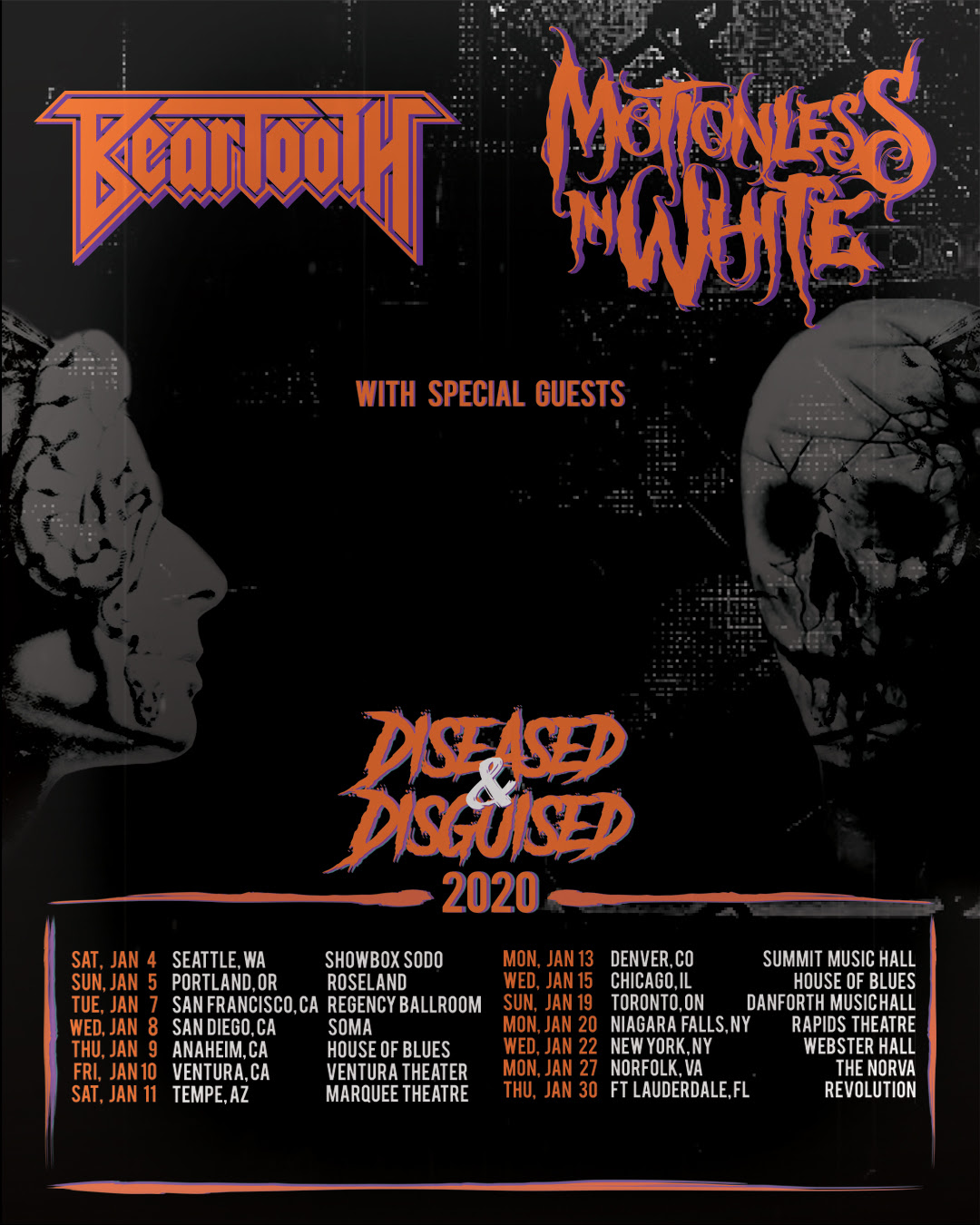 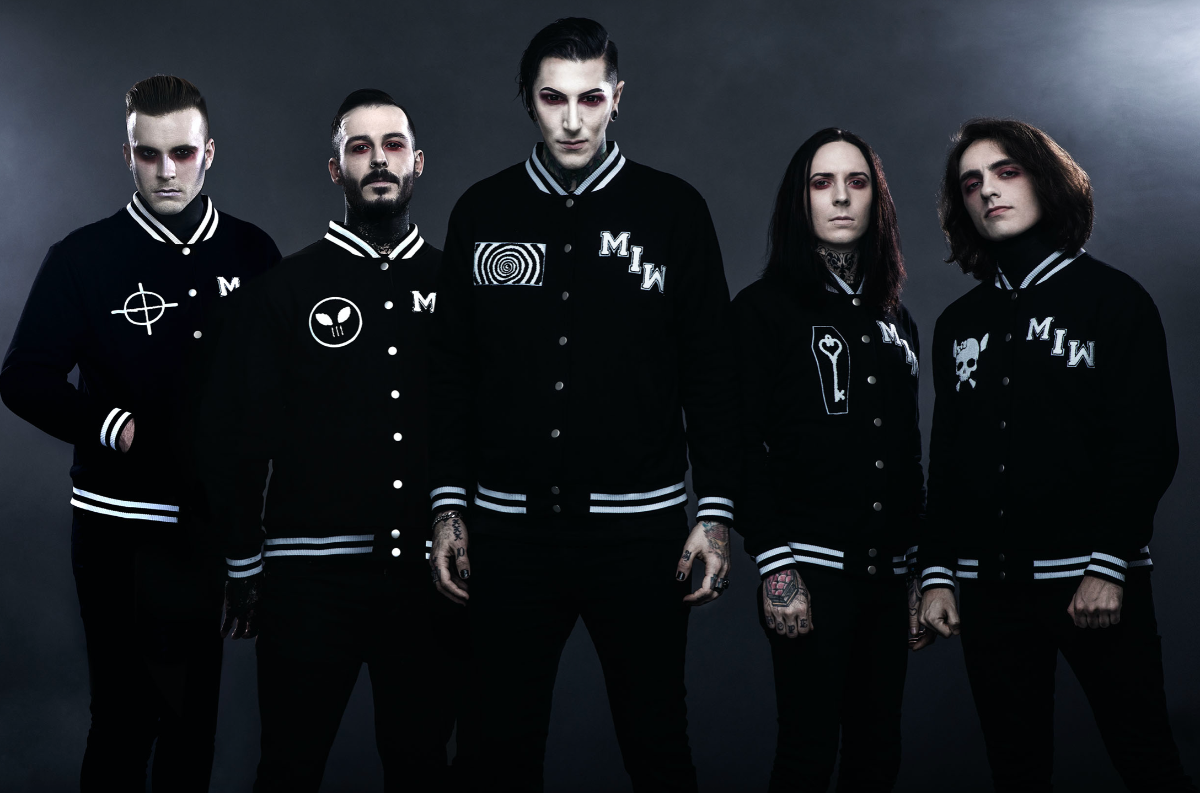 The non-stop touring celebrates MOTIONLESS IN WHITE‘s acclaimed new album, “Disguise”, available now at all DSPs. “Disguise” is highlighted by a series of stellar singles, including “Brand New Numb”, “Undead Ahead 2: The Tale Of The Midnight Ride” and “Disguise”, the latter joined by a haunting companion video directed by frequent collaborators Jeremy Danger and Travis Shinn. In addition, “Brand New Numb” was recently joined by an official visual, directed by Max Moore. Comprised of lead singer Chris Motionless, guitarists Ryan Sitkowski and Ricky Horror, drummer Vinny Mauro, and bassist Justin Morrow, MOTIONLESS IN WHITE has won over audiences around the globe with its aggressive music and arresting imagery, firmly placing them amongst the upper echelon of modern rock.

BEARTOOTH‘s third album, “Disease”, was released in September 2018 via Red Bull Records. The disc was recorded at BlackBird studio in Franklin, Tennessee with producer Nick Raskulinecz (DEFTONES, KORN, FOO FIGHTERS). A deluxe edition has been issued as a double LP limited to a pressing of 1,000 copies on clear vinyl with orange, black, and white splatter. It features the album’s 12 previously released songs, along with four B-sides and two live tracks from the band’s explosive, Summer 2019 set at Rock am Ring. It will also come with a double-sided poster of crowd shots from their performances at Sonic Temple Festival and Rock im Park. The physical version is only available online and directly from the band on their current tour with A Day to Remember. The deluxe release will also be available digitally across all DSPs. The deluxe edition of Disease is available here