The details for the Neal Morse helmed annual event Morsefest 2019 have just been announced today. The celebration returns to Cross Plains, Tennessee, on August 30-31st this year, promising another two nights of progressive-rock greatness. Check out the promo video below.

First night (Friday) will feature supergroup FLYING COLORS (Neal Morse, Mike Portnoy, Casey McPherson, Steve Morse and Dave LaRue) performing at Morsefest for the very first time.  Not only will fans get the chance to hear music from the band’s first two studio albums Flying Colors and Second Nature, there will also be the opportunity to preview tracks from their much-anticipated third release. Mike Portnoy explains, “It’s official! This will be the ultimate Morsefest, with the presence of Steve Morse, the only other Morse musician that we haven’t had at the festival before!”

On Saturday night, the NEAL MORSE BAND (Neal Morse, Mike Portnoy, Eric Gillette, Randy George and Bill Hubauer) will take the stage for a supercharged performance of their acclaimed double album The Great Adventure in its entirety, with the band being enhanced by horns, strings, choir and more. 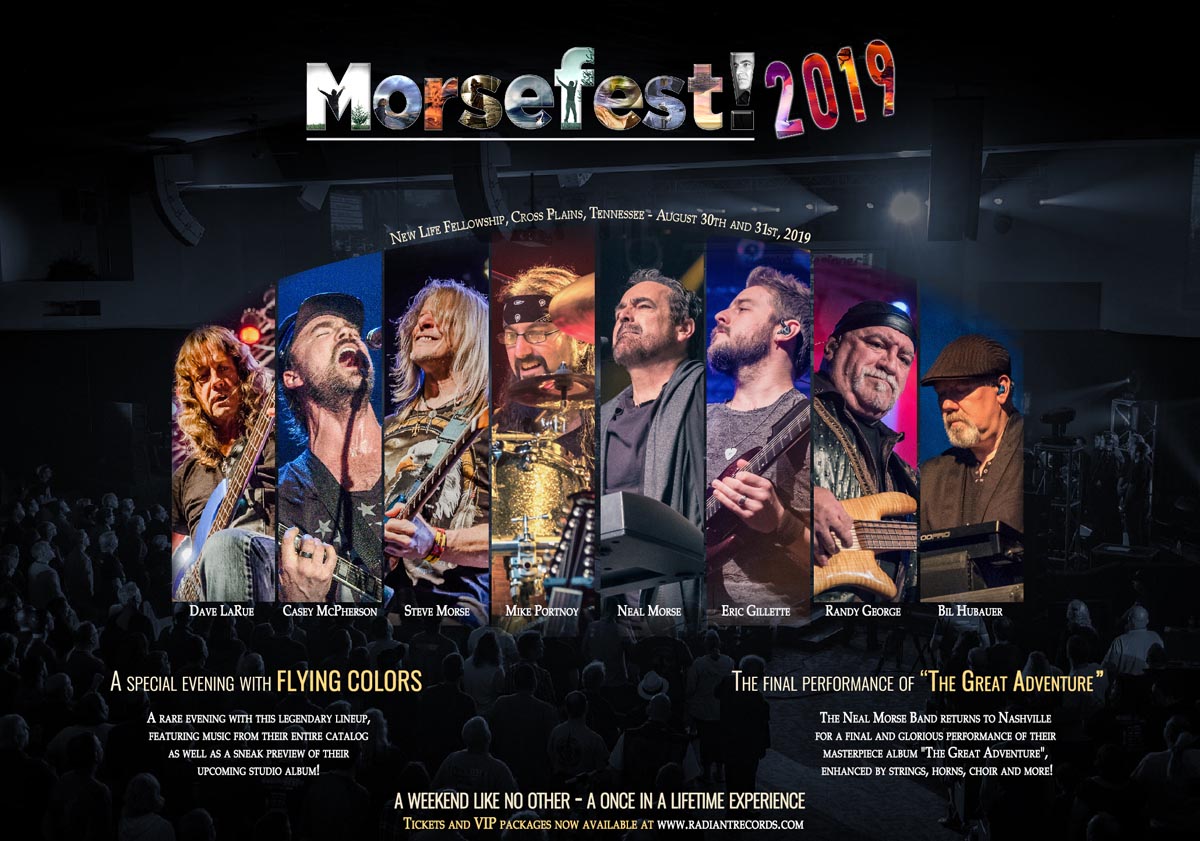 Morsefest is always more than a weekend of concerts, it’s like a prog-rock family reunion with special events, food and surprises. You can check our review for last year’s event at this location.

Tickets and VIP packages are now on sale at www.radiantrecords.com. Go ahead and get yours before they sell out!