The inimitable bond between MOONSPELL and 4.000 of their fans in a sold-out venue is pure electricity, captured for all eternity on the massive Live DVD/Blue Ray/3CD package named Lisboa Under The Spell which will be released on August 17th via Napalm Records. It wasn’t just a usual concert. MOONSPELL played their first two full length studio albums Wolfheart and Irreligious plus their 2015 album Extinct all on one evening. As a plus, they were filmed during the whole day from the early morning until the middle of the night. All this was put together as a Rockumentary on this DVD set. It’s a must have for every MOONSPELL fan!

The band says about the video: “Herr Spiegelmann, or Mr. Mirrorman, is a song inspired by the amazing book of Patrick Suskind, The Perfume. I guess everybody knows that book, if not shame on you. I wrote the lyrics to the “execution scene” where people start seeing on the tortured, beaten down man on the stake, everything wonderful they want to see. Like a mirror man, reflecting their fears and ambitions and most secret wishes. I really love this song and the visual part of it was specially designed for this show, with the laser gloves and the mirror jacket, in a tentative to convey the eerie and psychedelic atmosphere of the song. I hope you guys enjoy this advance from Lisboa Under the Spell, as it does reflect the struggle for an original and emotional cut of the songs, just like a Moonspell show should be, add magic.”

It was definitely about time, since MOONSPELL aficionados have been thirsting for a new live release ever since Lusitanian Metal (2008)! Thus, Lisboa Under The Spell is not simply a visual testimony to the success of Portugal`s biggest metal band – it is a celebration of the unbound creativity and pure magic that is MOONSPELL 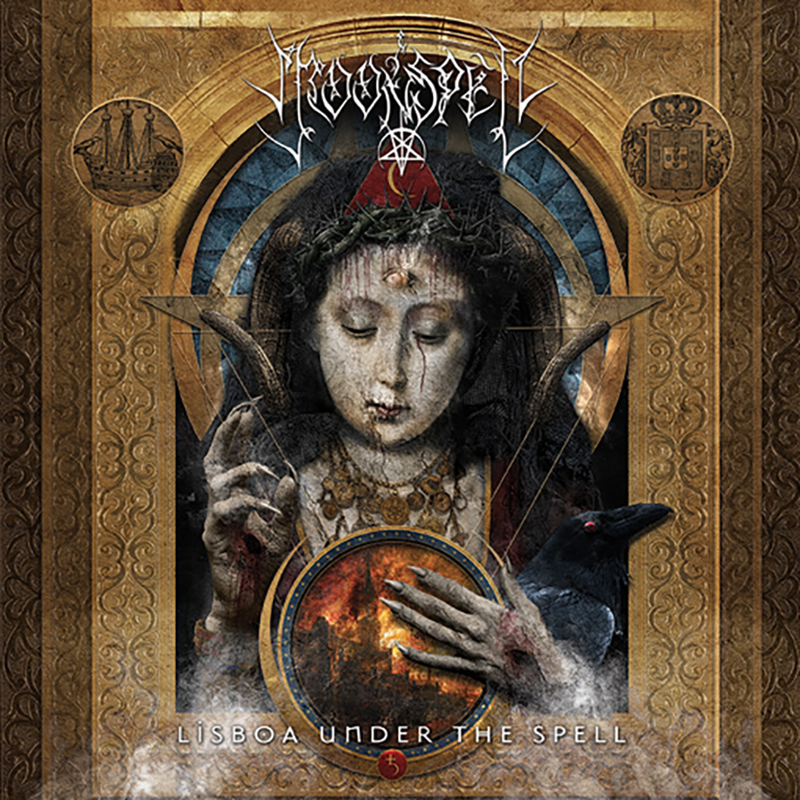 “Lisboa Under The Spell” Album Artwork

“Lisboa Under The Spell” Track Listing:

Lisboa Under The Spell will be available in the following formats: