METALLICA commemorates the 30th anniversary of the release of its breakthrough fourth album “…And Justice For All” with the announcement of its definitive reissue to be released on November 2 via the band’s own Blackened Recordings.  The re-release of “…And Justice For All” has been remastered for the most advanced sound quality overseen by Greg Fidelman, and will be available in multiple digital and physical configurations. Pre-orders begin today at Metallica.com where fans can see the full package details and track listing. 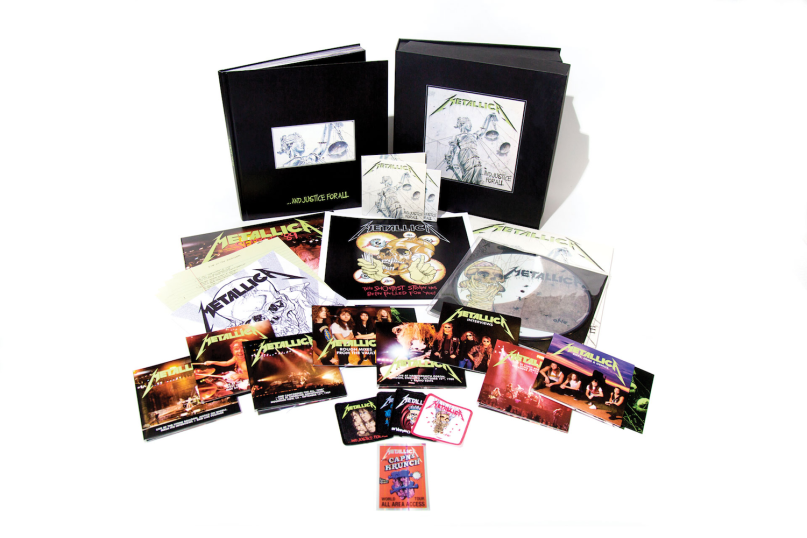 ‘…And Justice For All’ 30th Anniversary Box-Set

The Expanded Edition will include previously unreleased demos, rough mixes, previously unreleased live tracks, and an expanded booklet of never-before-seen Ross Halfin photos. The one-pressing-only Limited Edition Deluxe Box Set will include the remastered double 180g LP, a “One” picture disc, 3 LPs featuring their iconic performance from Seattle in 1989 remixed by Greg Fidelman, 11 CDs, 4 DVDs, a set of four patches, a Pushead print, a tour laminate, lyric sheets, a download card for all material in the set, and a deluxe 120-page book with never-before-seen photos and never-before-told stories from the people who were there.