METALLICA will headline all five of Danny Wimmer Presents‘ festivals next year: Epicenter, Welcome To Rockville, Sonic Temple Art + Music Festival, Louder Than Life and Aftershock. The band will play two separate headlining sets at each stop, marking METALLICA‘s only U.S. festival appearances of 2020. In addition to two appearances at each festival, METALLICA will also deliver a unique set-list for each performance, resulting in 10 different shows over the course of the year.

Says METALLICA: “You know we love a challenge, so when Danny Wimmer Presents invited us to headline all five of their spring/fall U.S. rock festivals, that sounded like great fun. But play two separate sets on two nights in the same weekend? Definitely count us in! In another METALLICA first, we’ll be playing at all five of the Wimmer rock festivals in 2020 with two separate sets, one on Friday night, one on Sunday night.”

“METALLICA isn’t just another headliner,” says Danny Wimmer, founder of Danny Wimmer Presents, the largest independent festival producer in the U.S. “When METALLICA takes the stage, it’s an event. It’s an experience. That’s the same standard we’ve set for every DWP festival — from the first band to the last band, and everything that happens in between. I can’t wait to bring the biggest band in the world to the biggest rock festivals in America. METALLICA paved this road that we travel. How many artists on the bill at these five festivals first picked up an instrument, or first started a band, because of METALLICA?”

The five festivals are:

Tickets for all of the events will go on sale today (October 10) at 3 p.m. ET / 12 p.m. PT for fan club members and past purchasers of tickets for Danny Wimmer Presents events. The general public on sale starts Monday, October 14 at 12 noon ET / 9 a.m. PT. 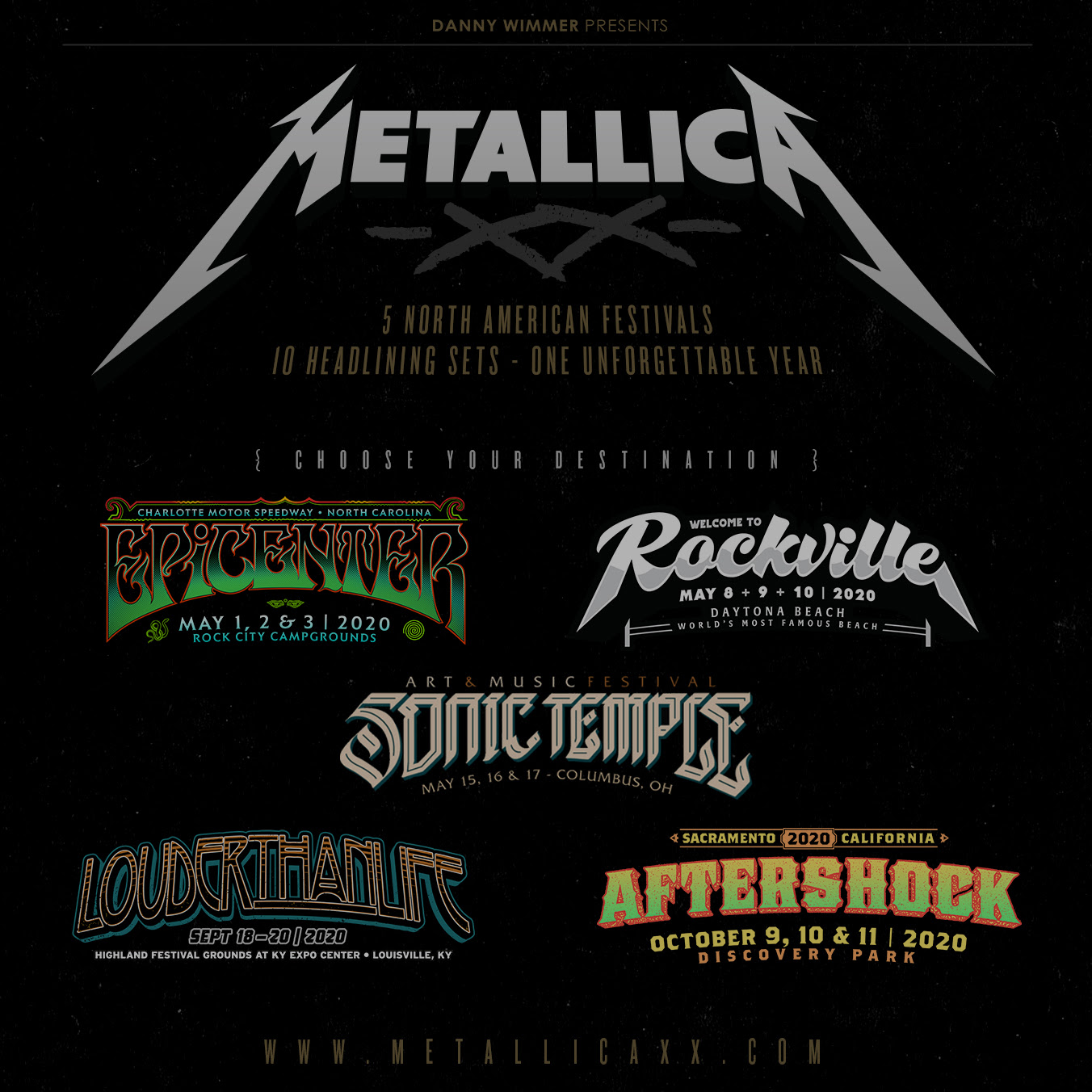 For each ticket sold through November 19, Danny Wimmer Presents will donate $.25 cents to All Within My Hands. And to further celebrate, every ticket purchased is an entry into the Golden Ticket contest. One lucky fan will win an all-expenses paid trip to any Danny Wimmer Presents festival of his choice to see METALLICA play 2 different nights and 2 different sets over one incredible weekend. The winner plus one guest will receive rock-star accommodations, exclusive festival access, watch the show from the legendary METALLICA Snake Pit, meet n greets, and amazing memorabilia.