To celebrate what would have been the start of one of the most highly anticipated tours of the year, showcasing four of the world’s very best metal bands, The Metal Tour Of The Year will be broadcasting a mammoth streaming event this Friday, June 12th beginning at 2pm PST/5pm EST/10pm BST/11pm CEST. The stream will be hosted by SiriusXM’s Jose Mangin and will feature full sets from MEGADETH, LAMB OF GOD, TRIVIUM and IN FLAMES along with an exclusive interview with each band prior to the broadcast of their set.

In addition to the concert streams and exclusive interviews, The Metal Tour Of The Year will also launch a brand new merch store featuring new, exclusive tour items that will only be available for 72 hours. A portion of the proceeds from the merch store will go to Crew Nation, Live Nation’s fund to help support live music crews who have been directly impacted as shows are put on pause due to COVID-19.

The Metal Tour of The Year is also partnering with Spotify and taking over the Kickass Metal playlist beginning on June 12th. Listen to the playlist, exclusively on Spotify, to hear multiple songs from each band plus more of the biggest metal tracks of the moment. Visit each of the bands profiles on Spotify to donate to MusiCares’ COVID-19 Relief Fund which aids the music community during this crisis.

Be sure to tune into www.MetalTourOfTheYear.com on Friday June 12th to catch all four performances, exclusive interviews and to get your hands on some limited edition tour merch.

The Metal Tour Of The Year, co-headlined by MEGADETH and LAMB OF GOD with TRIVIUM and IN FLAMES, was due to kick off the summer leg of it’s gargantuan, 55-city tour on June 12th in Bristow, VA before being postponed to 2021.The fall leg the trek is currently scheduled to start on October 2nd in West Palm Beach, FL. For full information, head to MetalTourOfTheYear.com 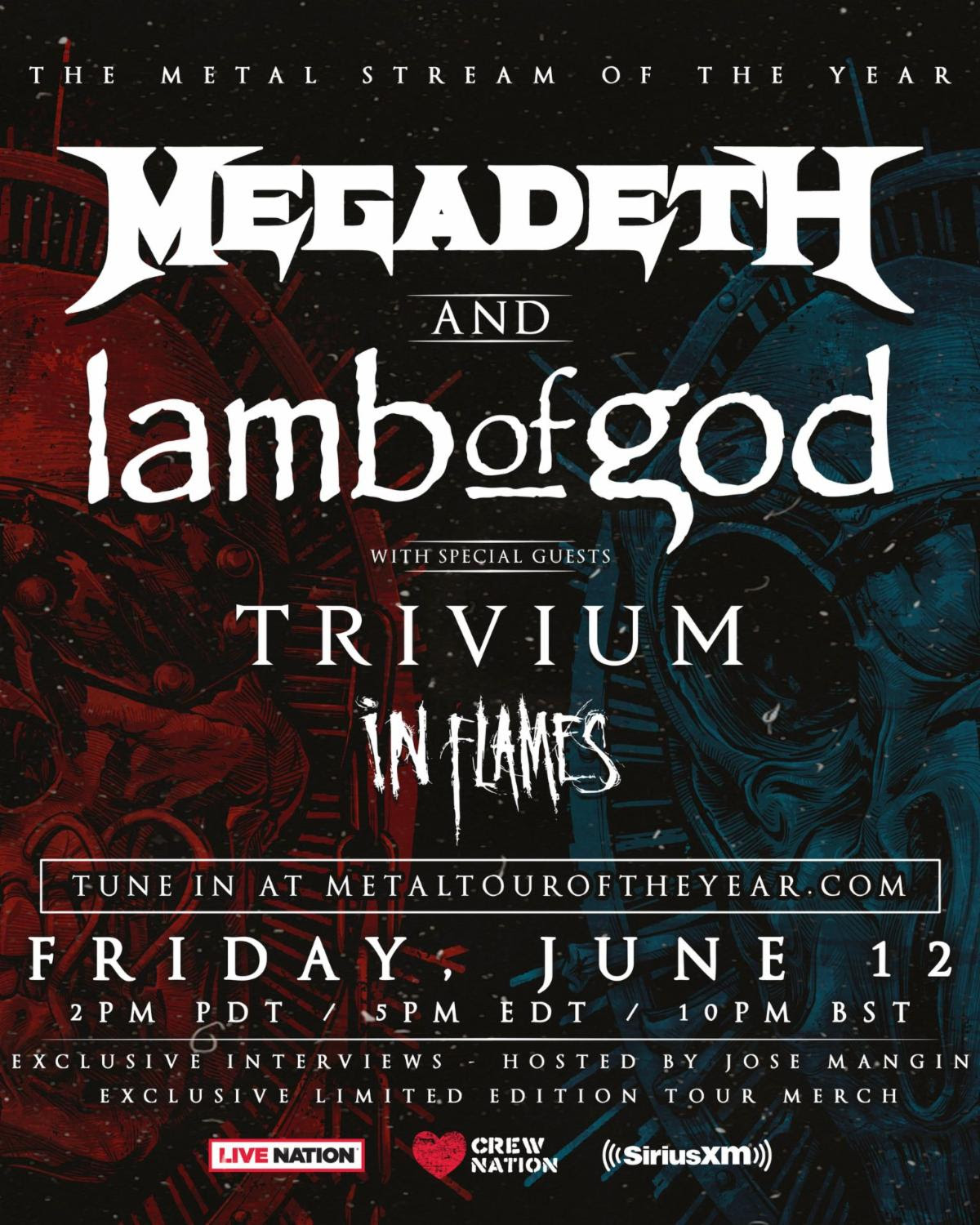