MESSER means “knife” in German, and the Dallas, Texas band expects to cut a memorable swath through the Rock world in 2018, starting with new single “Make This Life“. The song is off to a fast start @ Active Rock Radio with SiriusXM Octane “Test Drive” rotation and an early add @ Music Choice Rock, along with 23 more Active Rock adds in the first 2 weeks. “Make This Life” is available everywhere today for streaming and download. They are supporting the release initially with a tour of Texas, starting January 31st.

The band’s cutting edge modern rock sound was born through serendipitous connections in the thriving Deep Ellum music scene of Dallas, an area that has given rise to iconic Hard Rock and Metal bands like Pantera, Drowning Pool, Hell Yeah, and King’s X. Dereak knew he wanted to pursue singing as a career while in High School in Iowa and started honing his chops with local bands. After high school he moved to Dallas to pursue his music career professionally. His first contact was with Dallas native Javier, who was making a name for himself playing in Jagermeister sponsored bands Mudflap and Pimpadelic. The two bonded at a show and became the genesis of MESSER. While looking for a place to get his hair cut, Dereak walked into Maddox’s Hair salon on a whim. The two struck up a conversation about music and another connection was made. Kenny was traveling from his home in Canada to an audition in Phoenix when his car broke down in Dallas. He ended up staying in town and found success playing with the band Strangleweed, who made an appearance on the nationally televised Courtroom show “Eye for an Eye”. That caught the attention of the members of Messer, and Kenny became part of the family. Donnie was playing in various Dallas bands and gaining attention as an award-winning Tattoo artist. Maddox would play Donnie tracks the band was working on and in turn, Donnie would play music he was recording at his own home studio. As Messer continued to develop as a band, they knew they wanted to add an additional guitar player, and they all agreed that Donnie was a great fit. The lineup for Messer was solidified. 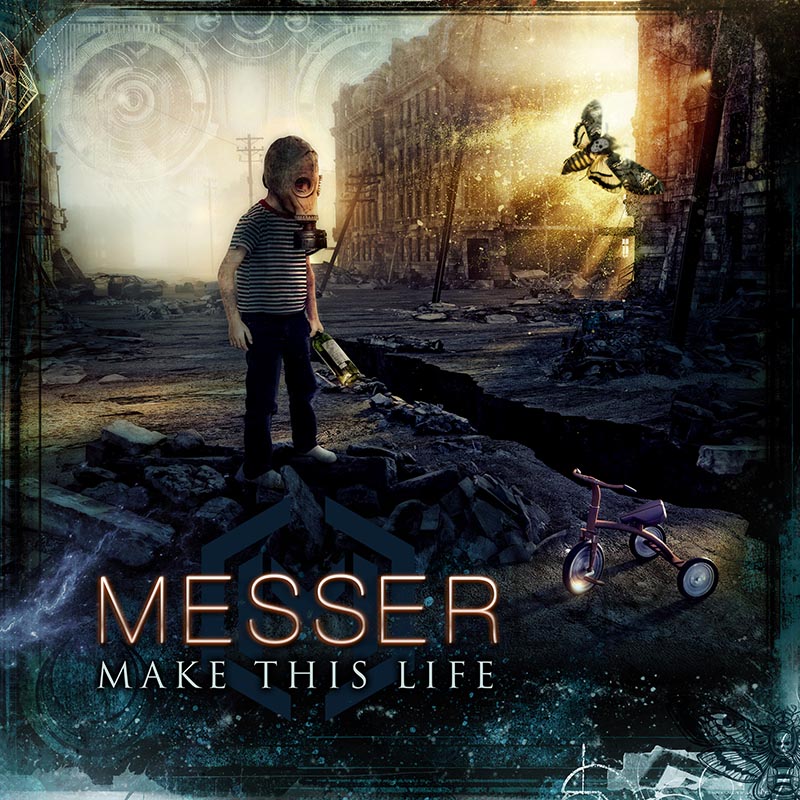 The band grew their fan base locally, and began to branch out regionally and nationally, opening for notable bands such as Sick Puppies, Candlebox, Hinder, Vince Neil, Black Stone Cherry, Lynch Mob, Drowning Pool, Local H, Trapt, Metallica, Dokken, Scott Stapp Of Creed, Avenged Sevenfold, and Buck Cherry. It was on one of these tours that the band caught the attention of Los Angeles based writer/producer, Chad Gendason. The band felt an immediate comradery with Chad and a lasting bond was made. Messer started writing with Chad, and their first collaboration became “Simple Man”. Fan favorite “Whiskey” soon followed and the songs started to flow into what would eventually become their self-titled debut album “Messer”, which will be released on 4/20/18 on Maddpants Records. The album was mixed by Ben Grosse (Marilyn Manson, Breaking Benjamin, Disturbed) and mastered by Tom Baker (Papa Roach, David Bowie, Motley Crue).

The band’s desire for creative expression and to touch as many lives as possible is what drives them forward. 2018 is shaping up to be the year that Messer cuts through the noise and clutter of the Rock world and makes it mark.