ELLEFSON, the eponymous solo band of Grammy-Winning Megadeth bassist and co-founder David Ellefson, has announced signing to EARMusic (Europe) and Ward Records (Japan) for the release of their upcoming full-length covers release “No Cover”, which will be released Worldwide 11/20 in conjunction with Ellefson’s revived COMBAT RECORDS, who will release the album in North America via AMPED. The band has also announced a 10/9 digital release for their cover of the Cheap Trick classic “Auf Wiedersehen”, featuring guest appearances from Ministry’s Al Jourgensen, Anthrax’s Charlie Benante, and Crobot’s Brandon Yeagley, alongside bassist Ellefson, vocalist Thom Hazaert, and guitarist Andy Martongelli, which premiered in August on the nationally syndicated radio show “Nights With Alice Cooper”. A teaser for that music video for its cover version is available below. The full video will make its online debut on Tuesday, October 6. The track will be released on all digital outlets on October 9.

The band cites the signings, and some unexpected medical situations for the changing release date.

Says vocalist/co-producer Thom Hazaert, “There’s no easy way to say it, but in July, right in the middle of recording the album, I had massive heart failure and went into full cardiac arrest. My heart literally stopped for several minutes, and I was revived at the hospital. There was a long recovery, but we managed to finish the record, and secure amazing deals with our friends at EARMusic, and Ward, but obviously we had to revisit our timeline a bit. And literally, maybe a month and a half later we were in Los Angeles, at Al’s house, shooting the video for “Auf Wiedersehen”. I’m just extremely humbled and thankful to be here to be able to, not only, finish this incredible record, but be able to see it released Worldwide with incredible label partners, which really almost wasn’t the case.”

He adds, “Originally we had envisioned “No Cover” as a smaller, limited release “quarantine project” we were doing for fun with a bunch of our friends, really just to not have to release our studio album during the pandemic. But as it neared completion, and we really got to see what it was turning into, we realized it was worthy of so much more. I have a long history and friendship with Max at EARMusic, and they are an incredible label, and home to some of our favorite artists, and friends – Alice Cooper, Def Leppard, and more, and we are ecstatic to be able to partner with them for not only this release, but future ELLEFSON releases as well. WARD had already released “Sleeping Giants” for us last year in Japan, and we had secured a deal with them for our upcoming 2021 studio album, so it was a natural fit when we went to them with the idea of partnering with us on “No Cover””

Adds Ellefson, “It really was a crazy, whirlwind process, not only making such an involved album so fast, but also remotely, during a pandemic, with not only dozens of guests, but the entire band, spread around the Globe. And then, almost losing our singer in the middle of it. But at the end of the day, it turned out better than any of us had hoped, and really was one of the most fun records I’ve ever made. It’s been great to pull so many great and positive things out of 2020, despite all the challenges.” 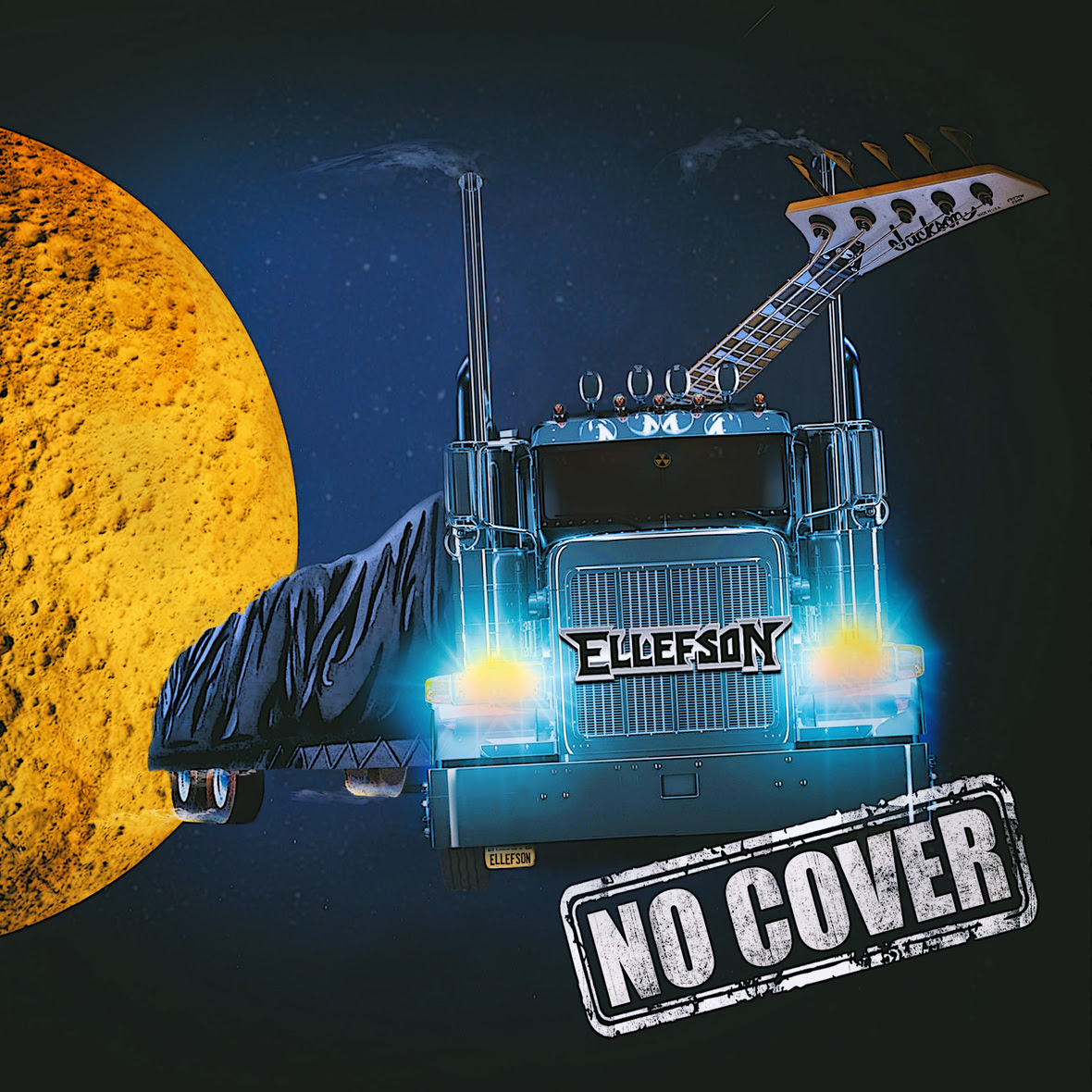 Ellefson and Hazaert followed up the release of “Sleeping Giants” with an extensive US and European Tour dubbed MORE LIVE WITH DETH, with Hatchet guitarist Clayton Cagle, as well as Flotsam and Jetsam’s Steve Conley, stepping in on second guitar in the US, including several now legendary shows featuring Megadeth alumni Chuck Behler and Chris Poland. That tour also included a performance on Megadeth’s MEGACRUISE, where Ellefson and Hazaert, along with Opus and Dave Sharpe of Dead By Wednesday, and Clayton Cagle of Hatchet, performed a special Megadeth MEGA-JAM set, as a tribute to Dave Mustaine, with guests including Megadeth’s Kiko Loureiro and Dirk Verbeuren.