Norwegian black metal veterans MAYHEM have announced the release their sixth studio album, titled Daemon, on October 25. By the power of darkness and with the might of black-hearted will no two MAYHEM albums have been or will ever be the same. Over the course of MAYHEM‘s storied and groundbreaking 35-year career — from Deathcrush (1987) through Esoteric Warfare (2014) — the Norwegians have continuously challenged the orthodoxy of the genre they helped create.

Originally informed by greats HELLHAMMER, VENOM, BATHORY and SODOM, MAYHEM eventually imbued its damnable attack with influences from all over the music extreme spectrum, indicated first on the harsh and angular Wolf’s Lair Abyss (1997) EP and foremost on the enterprisingly brutal and revolutionary Grand Declaration Of War (2000).

Daemon isn’t a direct follow-up to Esoteric Warfare. Like all MAYHEM albums of their time, Daemon is unto itself. The wolf solitary and singular. Indeed, Daemon also isn’t a new chapter in MAYHEM‘s storied career. Rather, it’s a new tome, authoritative yet wild in character. Composed and decomposed with the same lineup — Necrobutcher (bass), Hellhammer (drums), Attila (vocals), Teloch (guitars) and Ghul (guitars) — that handled Esoteric Warfare and performed De Mysteriis Dom Sathanas in its entirety over the last few years, Daemon isn’t a retrofit of classic songs like “Freezing Moon”, “Pagan Fears” or “Buried By Time And Dust” either. That’s what the live album, De Mysteriis Dom Sathanas Alive (2016), was for. Daemon is change, an opportunity for the maw of hell to open wider. 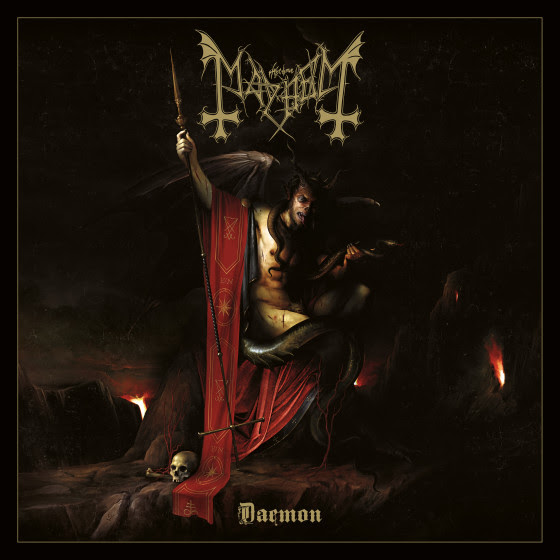 “MAYHEM will always be MAYHEM,” says guitarist/songwriter Teloch (a.k.a. Morten Bergeton Iversen). “If we put the genre game aside a bit, no one else sounds like MAYHEM. Even when ‘De Mysteriis’ came out, it was not at first considered to be a black metal album, if my memory serves me right. Tricky to label this band. Metal would be the most fitting; it’s not pure black metal, in my opinion. Not sure it has ever been actually, despite what the general opinion is. People can call it whatever they want. If it’s black metal to them, then fine. We don’t really care. To me, it’s important to keep some sort of black metal vibe at least.”

MAYHEM entered NBS Audio Studio (a.k.a. Necromorbus Studio) in Söderfors, Sweden to record drums and vocals with producer/engineer Tore Stjerna. Newly consecrated Studio A (Stjerna‘s Stockholm studio will continue to operate as Studio B) in an old church, Hellhammer and Csihar recorded their respective parts for Daemon. The band then had Ghul record his guitars in the Netherlands, while the bass was engineered by Teloch and performed by Necrobutcher at Lupercal Studio in Oslo, Norway. Teloch took his guitar tracking to SleikBallaMi Studio, also in Oslo. Daemon was then brought back to Stjerna for mixing and sent off to Thomas Johansson at The Panic Room for mastering. The whole affair took about three months to nail down.

The pre-order for all formats will start on August 30.

Certainly, the art of the album cover can be hit or miss. Not for MAYHEM. The Norwegians have crafted an aesthetic that’s both harrowing and insidious. From the low contrast majesty of De Mysteriis Dom Sathanas and the blurry haunt of Chimera to the suggestive intensity of Grand Declaration Of War and Esoteric Warfare‘s retro-modern mind machine layout, the band have always been progressively inclined where it concerns image, message, and style. For Daemon, MAYHEM enlisted Italian designer Daniele Valeriani (LUCIFER’S CHILD, DARK FUNERAL) to understand, conceive, and deliver the cover art.

“I think this album will be most pleasing for old and new fans,” says Teloch. “As most of our devoted fans know, MAYHEM has never released two albums that sound the same. That’s the case this time around as well. As I said, we simplified stuff, but at the same time tried out some new stuff to keep it interesting for ourselves and, also for our fans that dig that we are doing something new on each album.”

Soon after the release of Daemon, MAYHEM will embark on a European headline tour with special guests GAAHLS WYRD and GOST. Find the tour dates below. 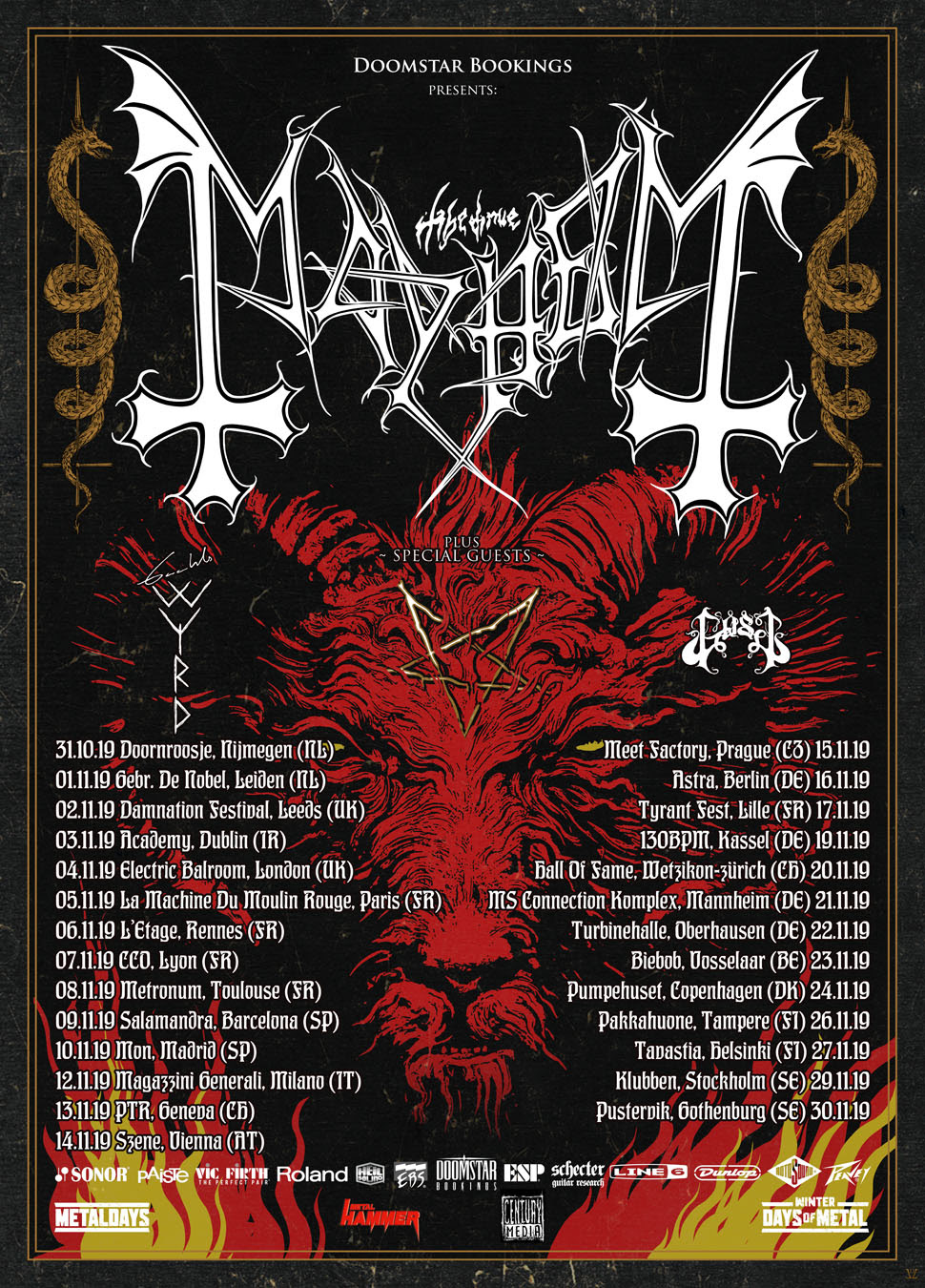