Marilyn Manson will release his 11th studio album “We Are Chaos” on September 11 Via Loma Vista Recordings. Produced by Grammy Award winner Shooter Jennings (Brandi Carlile, Tanya Tucker) and Manson, the ten-track opus was written, recorded, and finished before a pandemic blanketed us all. Manson heralds the record’s arrival with the title track and lead single, “We Are Chaos”, released today. The accompanying video is directed, photographed and edited by Matt Mahurin.

Manson‘s painting Infinite Darkness, which can be seen on the album cover, was specifically created to accompany the music. His fine art paintings continue to be shown all over the world, including gallery and museum exhibitions from Miami to Vienna to Moscow.

Manson says of the album: “When I listen to ‘We Are Chaos’ now, it seems like just yesterday or as if the world repeated itself, as it always does, making the title track and the stories seem as if we wrote them today. This was recorded to its completion without anyone hearing it until it was finished. There is most definitely a side A and side B in the traditional sense. But just like an LP, it is a flat circle and it’s up to the listener to put the last piece of the puzzle into the picture of songs.

“This concept album is the mirror Shooter and I built for the listener — it’s the one we won’t stare into. There are so many rooms, closets, safes and drawers. But in the soul or your museum of memories, the worst are always the mirrors. Shards and slivers of ghosts haunted my hands when I wrote most of these lyrics.

“Making this record, I had to think to myself: ‘Tame your crazy, stitch your suit. And try to pretend that you are not an animal’ but I knew that mankind is the worst of them all. Making mercy is like making murder. Tears are the human body’s largest export.” 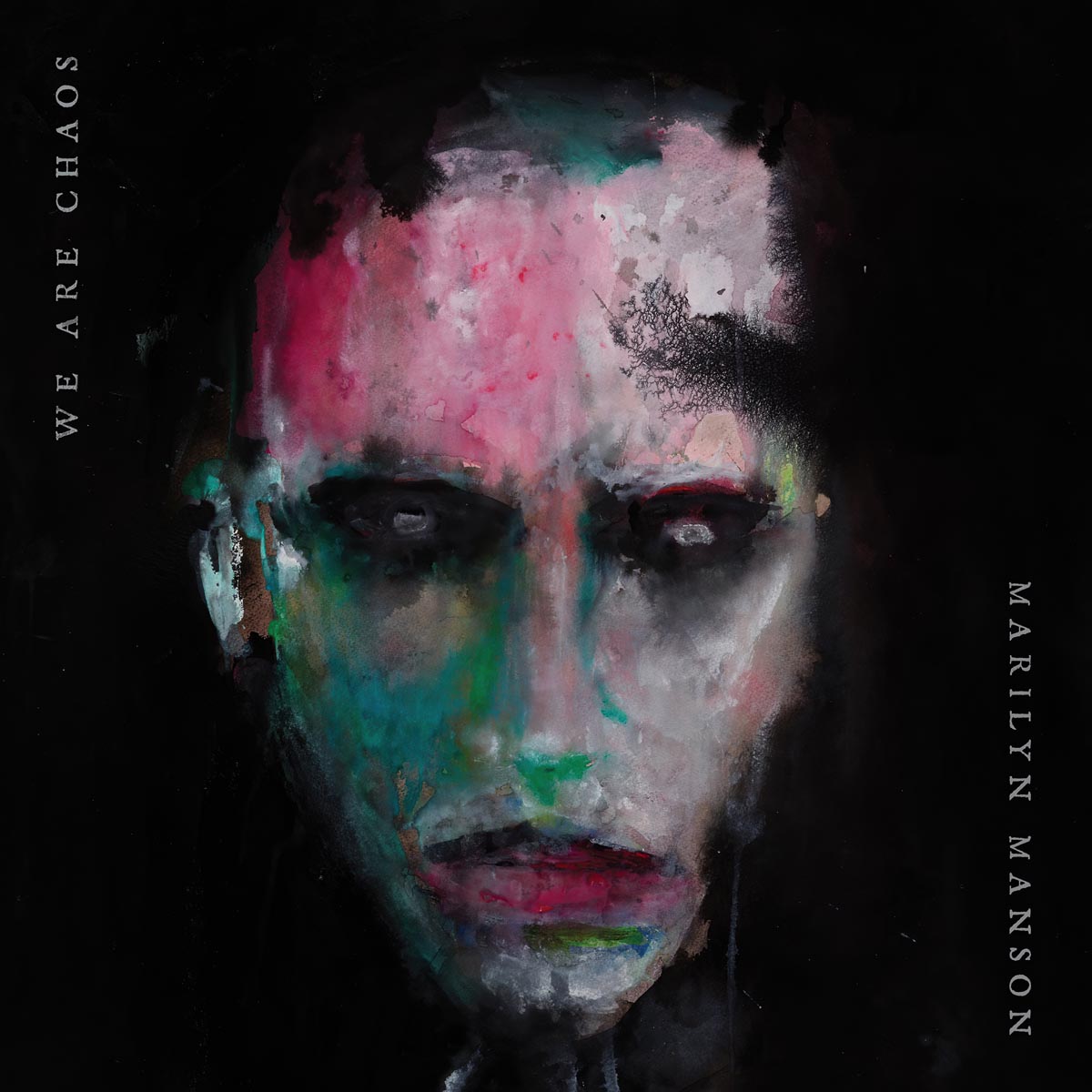 “We Are Chaos” Album Artwork

“We Are Chaos” track listing:

“We Are Chaos” is the follow up to Manson‘s 2017 album, “Heaven Upside Down”, which marked his seventh consecutive Top 10 debut on the album charts.

Manson continues to infiltrate fashion, film, and music, leaving his fingerprints on modern culture. Saint Laurent tapped him for a campaign, Travis Scott personally invited him to perform at the sold-out Astroworld festival, GQ named him one of the most fashionable men of 2019, he appeared as an actor in everything from “Sons Of Anarchy” to “American Gods” to “The New Pope”, and also co-headlined several “Twins Of Evil” tours with Rob Zombie.