Italian multi-instrumentalist Marco Ragni  have announced the coming of his album Oceans of Thought, which will officially be released in both CD & Digital formats and available worldwide June 21st via Melodic Revolution Records. Pre-orders will go on sale on June 1st and will include 5 digital-only bonus tracks with all pre-orders. Marco has always been active in musical genres that include a psychedelic aspect. He started playing at age 6, in 1975, on a Farfisa keyboard he got as a present. His main influences for singing have been The Beatles, and his psychedelic influences start with the California hippie scene of the 1960’s. In the late 1980’s, he recorded two psychedelic pieces, Kaleido and Illumination, before joining the band Deshuesada, a psychedelic pop band that would keep him busy until 1998. Between 2000 an 2007 he played with Quartafila (later Heza) an recorded three albums with them, before playing one year with psychedelic funk rock band Mokers in 2008.

From 2009 onward, Ragni acted as a solo artist, composing and playing his own music, with varying guest musicians. Between 2010 and 2013 he released 5 studio albums and a live album through his own Crow records label. The live album contains recordings made with a band he established for touring, Velvet Cactus. In June 2014 he signed a contract with the Melodic Revolution Records and he records his first rock opera entitled Mother from The Sun, a double concept progressive rock album. In 2018 Marco recorded a new album called The Wandering Caravan featuring Dave Newhouse on woodwinds, Peter Matuchniak on lead guitar, Jeff Mack on bass and Maurizio Antonini on drums plus Luca Zabbini from Barock Project as special guest on Hammond.

Oceans of Thought was originally called The Merchant of Eternal Youth but during the time of the recordings Marco had some personal problems and was overcome with depression. So the songs, the cover but above all the lyrics, have undergone a change because his music comes from what he has inside of my mind and soul.

Marco explains: “So this album talks about the difficulties that life sometimes brings us, but also talks about how to try to overcome them. It’s a record that I care a lot about because it talks a lot about me. Because great musicians have played there, from Norwegian guitarists Bjørn Riis founder of the band Airbag and Marius Halleland (Wobbler), Peter Matuchniak (Kinetic Element), Jeff Mack (Scarlet Hollow) and Maurizio Antonini the beating heart of this record. The precious woodwinds arrangements by Dave Newhouse (The Muffins) and the beautiful voice of JoJo Razor (Gekko Projekt) and last but not the least, Charlie Cawood (Knifeworld) playing Sitar.

This year I turned 50, an important and very significant milestone for me. Half a century on Earth! What a wonderful journey up to here. First of all, I want to thank my beautiful and wonderful wife because she made my life happier and more dynamic. Then all the supporters who allowed me to record this album and in particular Jon Hawkins for having produced it. I am proud and very happy to present it to you today. I hope it will reach your heart and your mind. Entertaining you, relaxing and making you think about life, its beauties and sometimes its inconsistencies.

Oceans of Thought will be released on June 21st, the day of the summer solstice and the most important day of my life” 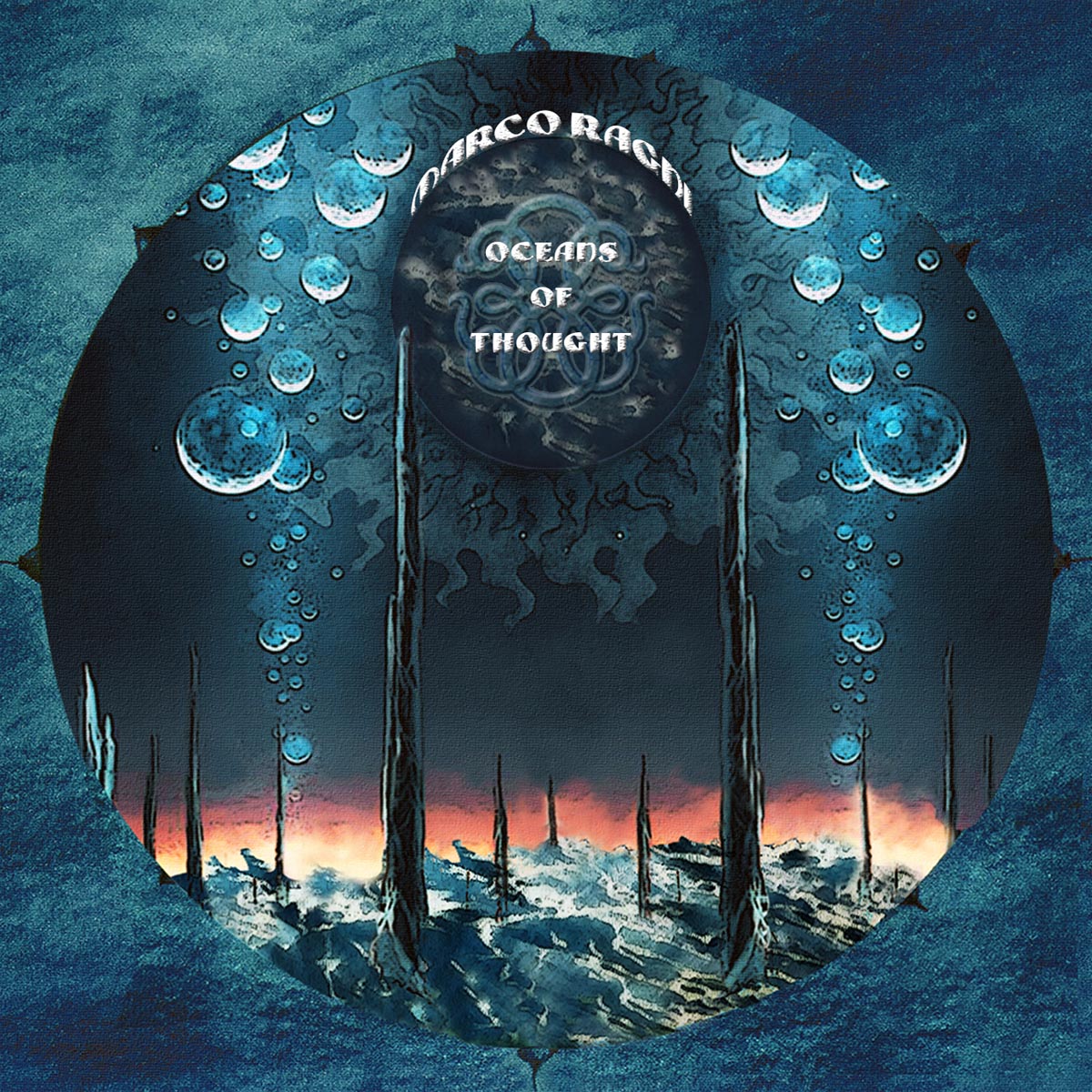 Bjørn Riis / Lead guitar on No. 9 Open My Arms
Marius Halleland / Lead Guitar on No 2 Dizziness & No 5 Regain Control
Charlie Cawood / Sitar On No 8 Voice in the Dark