Heavy metal guitarist, songwriter, and producer Magnus Karlsson has announced the third album, “We Are the Night” from his solo project MAGNUS KARLSSON’S FREE FALL. It will be released on May 8, 2020 via Frontiers Music Srl. As with the prior two Free Fall releases, “We Are The Night” features an exciting array of guest vocalists taking the lead on tracks throughout the album. The first single, “Hold Your Fire” features ANIMAL DRIVE / DIRTY SHIRLEY / TRANS-SIBERIAN ORCHESTRA vocalist Dino Jelusick and can be heard below.

Pre-order/save “We Are the Night” at this location.

On making the album, Magnus says “After all hours of songwriting and recording, I sat back and listened to the final mixes and wondered, ‘How can I ever top this album?’ It has the sound and vibe I’ve always been searching for. Old and new friends that I admire are singing their hearts out and making the songs better than I ever could have dreamed of! Well, the third Free Fall album is something really special to me and I hope it will be that for you too!”

Of Dino Jelusick, the guest vocalist on first single, “Hold Your Fire”, Magnus shares that “I first heard/saw Dino on YouTube and then checked out his band Animal Drive. I was totally knocked out by his amazing voice! He’s got a voice that can be compared with many of the singing legends we adore, but he’s got his own style filled with heart, soul, and tons of power! Crank up “Hold Your Fire”  and get ready to get blown away by the awesome Dino Jelusick!” 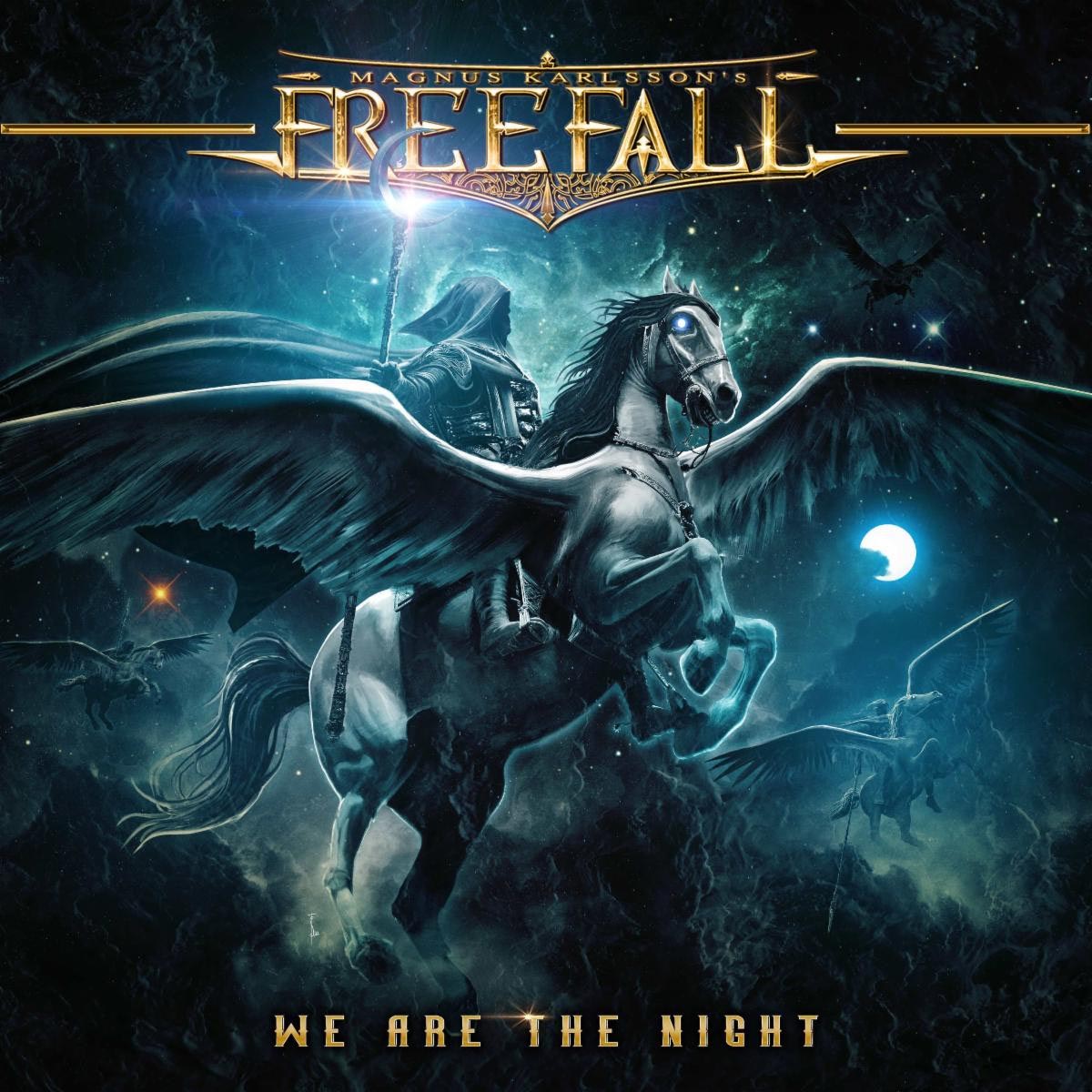 Magnus Karlsson is well known as the mastermind behind several Frontiers productions, including the successful initial ALLEN/LANDE trilogy and the recent spin-off album, ALLEN/OLZON as well as releases by STARBREAKER (with Tony Harnell), BOB CATLEY, and KISKE/SOMERVILLE. In 2008, he joined German heavy metal icons PRIMAL FEAR, and with them has toured the world and recorded several successful albums, which charted in multiple countries around the globe.

In 2013, he launched his solo project FREE FALL which was warmly received by the numerous fans of the Swedish mastermind and showcased Magnus’ songwriting and production skills with lead vocals provided by a varied cast of some the finest singers in metal and hard rock.

This is an absolute beast of a release, which can’t be missed by anyone who loves melodic European metal.

“We Are the Night” Tracklist: