A true spectacle to be witnessed, LORDS OF THE TRIDENT is a daring adventure metal quintet that has been delighting their audiences and fans all over the world for ten years. Since climbing out of a volcano in 2008, shrouded in metal and ash, LORDS OF THE TRIDENT have gone to battle on many stages across the USA, playing and headlining a plethora of festivals and have an admirable arsenal of recordings in their inventory. The LORDS OF THE TRIDENT have released three full albums: “Death or Sandwich” (2009), “Chains on Fire” (2011), “Frostburn” (2015) , three EPs: “Plan of Attack” (2013), “A Very Lords of the Trident Christmas” (2014), “Re:Quests” (2015), and two live DVDs, along with numerous compilation singles.

Their live shows include medieval costumes, pyrotechnics, confetti cannons, guitars set ablaze, and of course, excellent technical musicianship that challenges the standard for how live music should be experienced. Citing influences such as Iron Maiden, Scar Symmetry and Judas Priest, and embracing lyrical themes inspired by great battles, conquests, dragon-fighting, virtual reality, and out-of-control robots Lords of the Trident dish out face-melting power that is enjoyed by fans of all races and classes.

To continue on their epic quest of bringing spectacular and entertaining metal to global fans these power metal warriors will be unleashing their 7th album “Shadows From The Past” on August 24th. In celebration of this new beast from their discography, LORDS OF THE TRIDENT are premiering their second single and new lyric video “Burn It Down” featuring Unleash The Archers vocalist Brittany Slayes.You can now watch the video below.

LORDS OF THE TRIDENT vocalist Fang VonWrathenstein comments: “This video collaboration between myself and Brittney Slayes was SO metal, I felt like the only way I could do it justice was to set my own face on fire. However, the rest of the guys expressed concern that I ‘would only be able to do this once’, I found an alternative – summoning our faces out of fire! Make sure you’re wearing your most flame-retardant clothing before watching, as this video is likely to melt just about anything in a 15-foot radius!”

LORDS OF THE TRIDENT are offering fans a FREE track download of their first single “Death Dealer”, a song influenced by the game Diablo and lyrics written based on the story-line of Diablo 1 and 2. Download the song at this location and stream the song below.

Fang VonWrathenstein adds: “This album is our most ambitious musical work to date, and the first album with our new members Baron Helleshaar and Master Herc. Fans who have been with us for a while will notice that our new songs are a bit more complex, and our songwriting continues to mature. The new songs are definitely still Lords songs, but explore some new musical themes. I believe the new album will be our strongest offering yet, and contain some songs that are sure to be fan favorites going forward.” 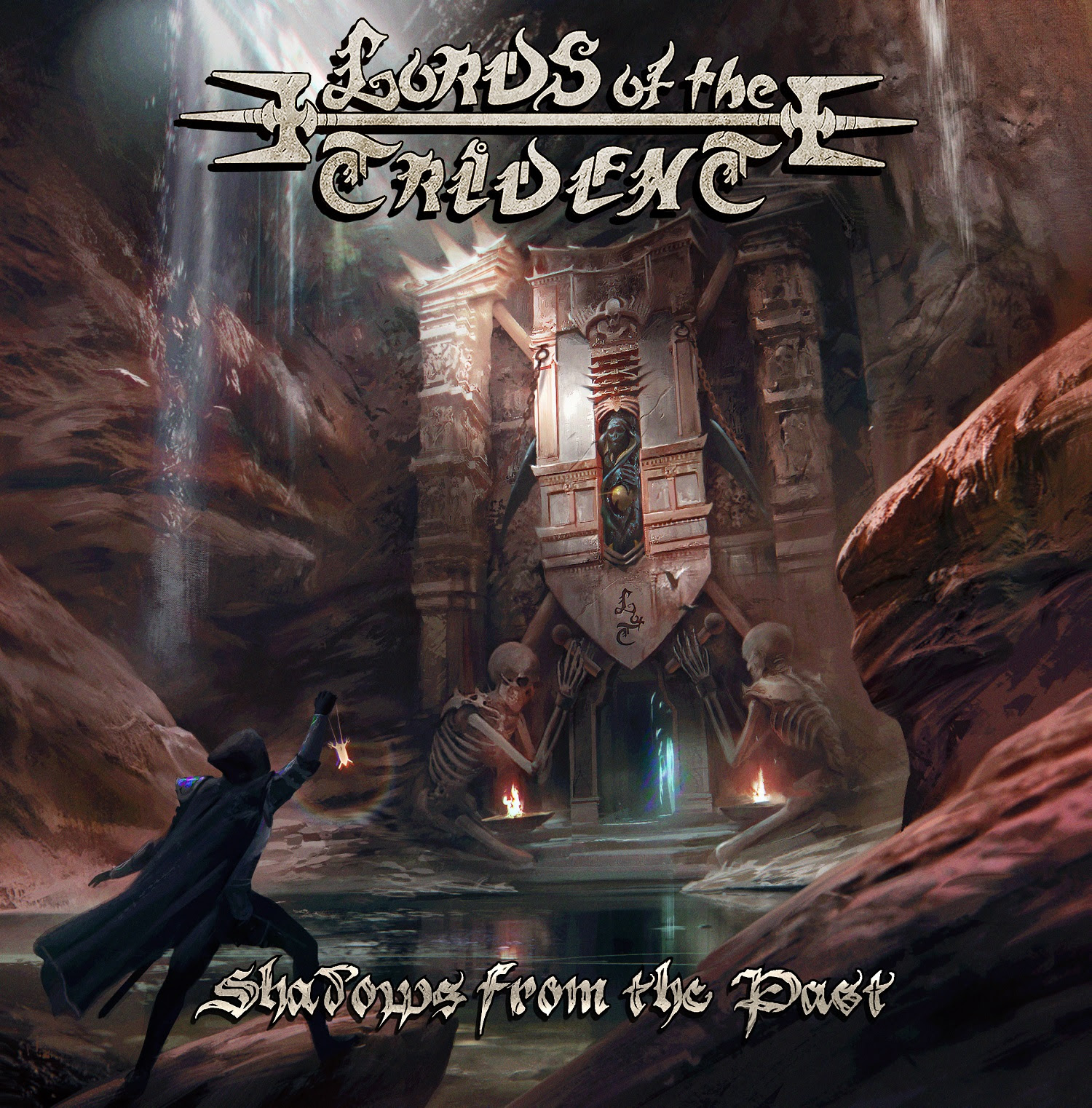 “Shadows Of The Past” Album Artwork

The Japan special edition release will have two additional tracks: