Acid’s Trip from Gothenburg was formed in late 2018 by Acid, former guitarist of Honeymoon Disease, with a clear vision of performing high speed rock’n’roll. With blasting guitar riffs, punchy melodies and a shitload of attitude the band delivers full tilt boogie action on vinyl & live on stage!

With two shreddin’ guitarists in the front and a dynamite rhythm section, this power house is running over the garage rock scene – with rapid electric guitars, groovy riffs and chopper culture! The music is best described as a hard rock action mix of the speedy Mc5, a touch of Thin Lizzy and Lynyrd Skynyrd soul.

The quartet has already proven themselves on tour in Europe and the band blew the roof at the legendary “Flanders Chopper Bash” while the success became a fact. The bands 12” vinyl “Rock’n’Roll Speedball” sold out quickly and the awaited debut album ”Strings of Soul” will be released soon on Heavy Psych Sounds Records! 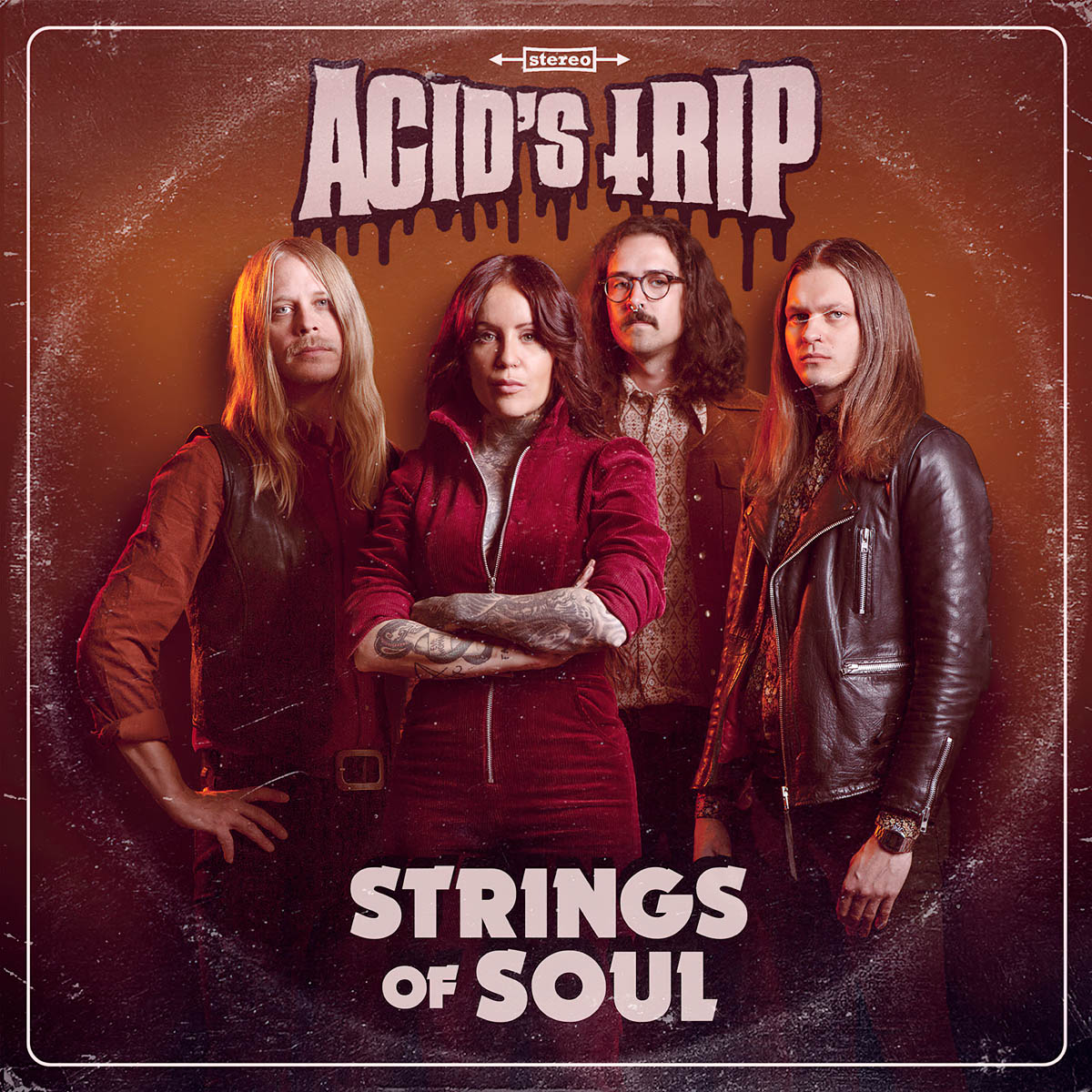 The tracks come with the raw power of furious motor engines and Gothenburg groove. With a growing fanbase all around Europe and the states Acid’s Trip is now hittin’ the charts to reclaim the rockin’ vibes and fill your heads with groovy rock’n’roll!

You can hear the excellent new single “Just A Man” from their forthcoming brilliant new album “Strings Of Souls” due out on CD/DD/Vinyl via Heavy Psych Sounds Records from May 7th 2021.