Swedish heavy metal band LION’S SHARE has released its tribute to Lemmy and MOTÖRHEAD with their cover of “Killed By Death.” The cover became available on streaming services and digital service providers on December, 28th, the fifth anniversary of Lemmy‘s death. The release is in his memory and meant to honor his legacy.

LION’S SHARE singer Nils Patrik Johansson says: “Lemmy is truly the definition of rock ‘n’ roll — and even though LION’S SHARE is more heavy metal than rock ‘n’ roll, MOTÖRHEAD and Lemmy has been a great inspiration over the years.

“We’ve been talking about giving our friends and fans a surprise, and when I came up with the idea to cover ‘Killed By Death’, Lars [Chriss, LION’S SHARE guitarist] was all in and made a great arrangement that just didn’t copy the original, which would have been pointless.”

Chriss adds: “We had the pleasure of supporting MOTÖRHEAD, DIO and MANOWAR on the ‘Monsters Of The Millennium’ tour, and all the bands treated us so extremely well. Lemmy was such a great and funny person to be around. I have so many great memories from that tour. Very cool to have fellow Swede Mikkey Dee (MOTÖRHEAD, SCORPIONS), doing the introduction to our video for the song as well. Plus, of course, the inclusion of all the great photos that Lemmy fans from all over the world sent in.” 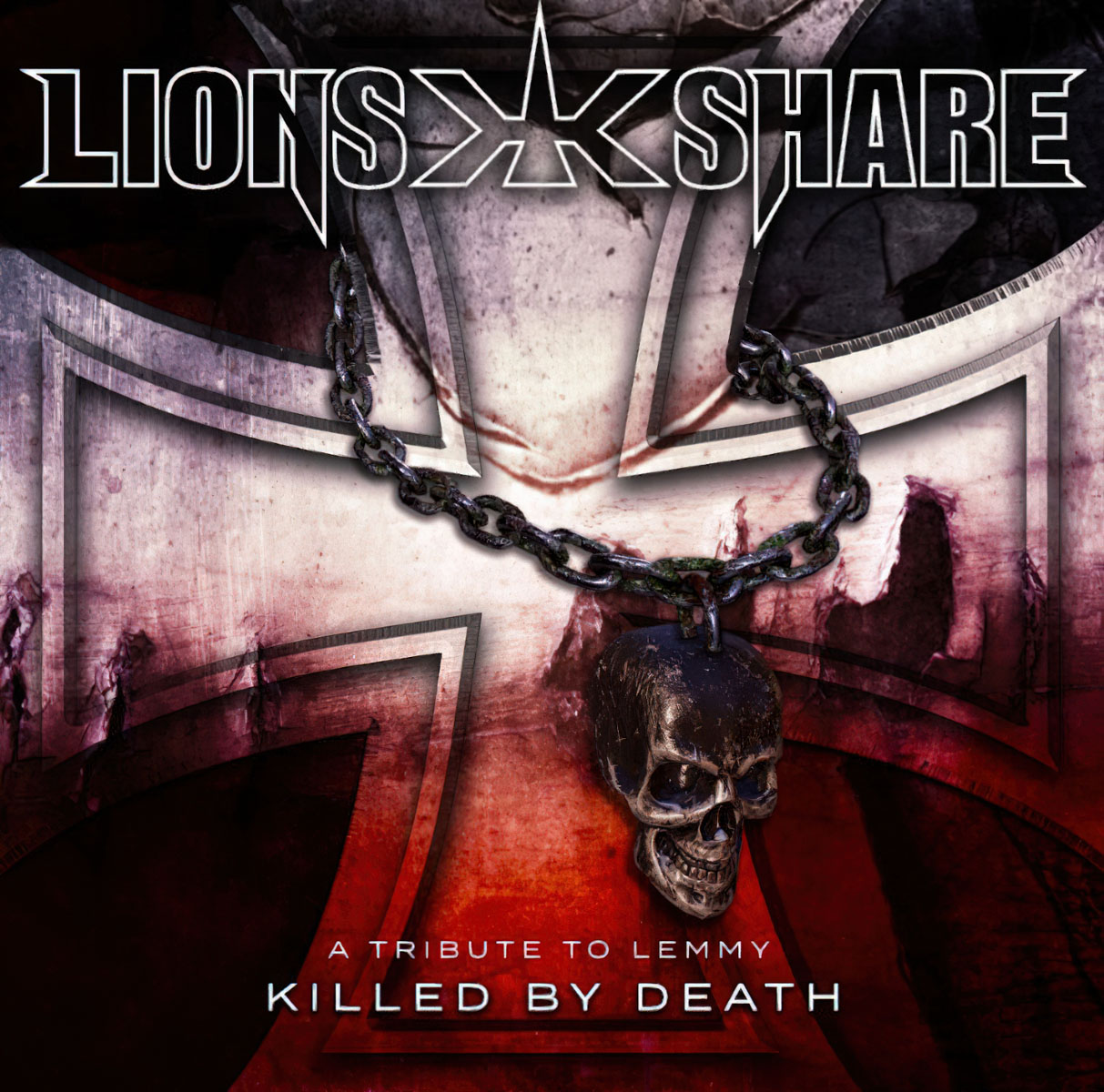 In late 2018, LION’S SHARE released their five-track offering “EP” along with their complete catalog on streaming services and digital service providers. This first-time digital release included remastered tracks with new artwork. The band has since released additional digital singles, some of which will be including on their upcoming full-length album.

The LION’S SHARE catalog thus far features a number of guest appearances, including both members and ex-members of KISS, MEGADETH, KING DIAMOND, HAMMERFALL, SYMPHONY X, CHIMAIRA, THERION, YNGWIE MALMSTEEN and CANDLEMASS, among others. Mixers include top engineers such as Jens Bogren (ARCH ENEMY, OPETH, SYMPHONY X, AMON AMARTH), Niklas Flyckt (one-time Grammy Award winner and four-time nominee) and Ronny Lahti (ROXETTE, EUROPE, Glenn Hughes). Despite the star-studded contributions, both Johansson and Chriss remark that they have always worked very well together, and at this point it feels the most natural to keep LION’S SHARE as a two-man project.