A 20th Anniversary reissue of LINKIN PARK‘s debut album, “Hybrid Theory”, will be made available on October 9 via Warner Records. The set comes in multiple physical and digital formats, including a super deluxe box set, super deluxe vinyl box set and deluxe CD that all come with the original “Hybrid Theory” as well as the “B-Side Rarities” with 12 previously released tracks from the album era.

Pre-order the “Hybrid Theory” 20th Anniversary Reissue in several formats at this location.

One of the never-before-heard demos, “She Couldn’t”, can be streamed below. 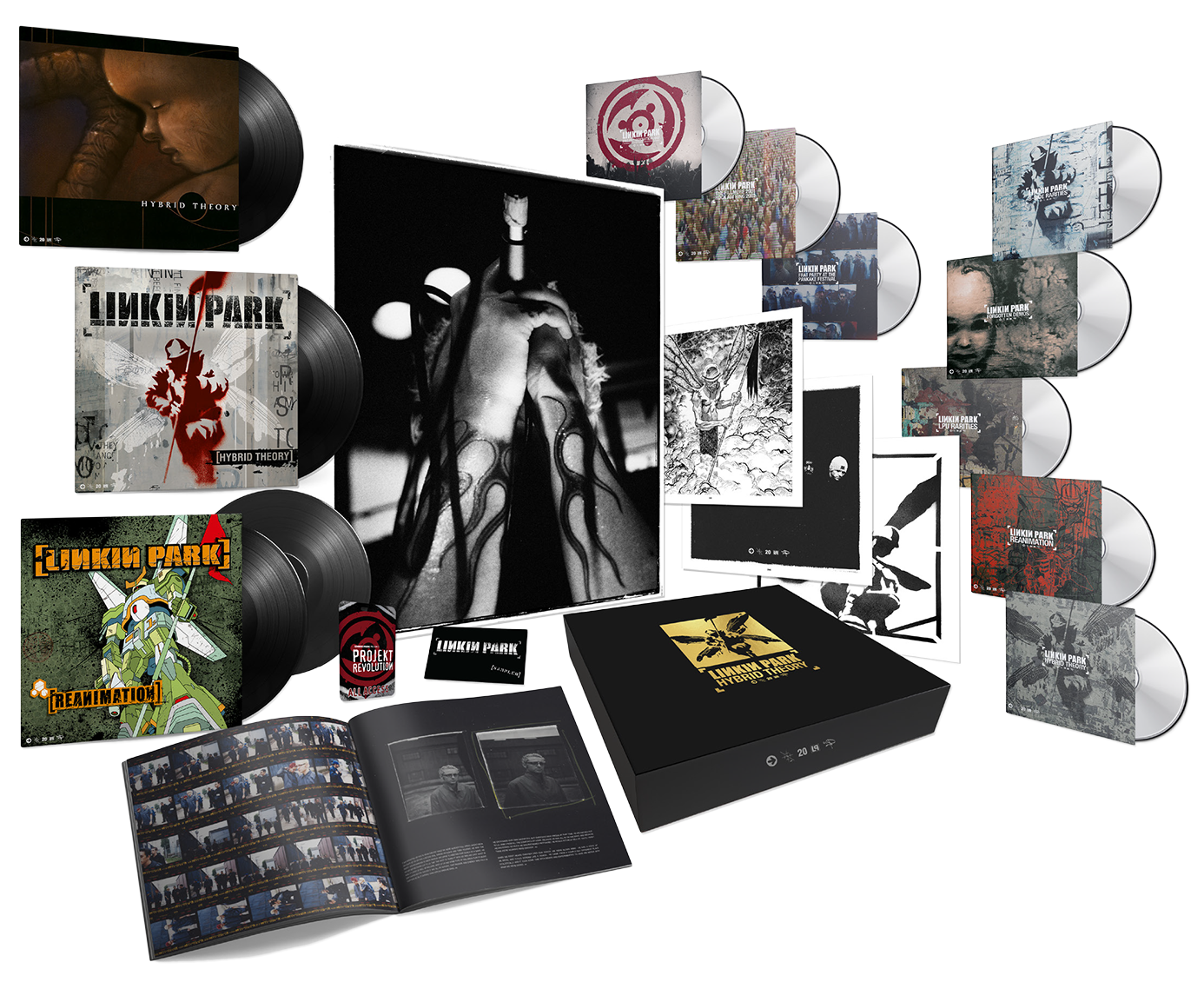 All audio tracks on the album will be available to stream or download.

“Hybrid Theory” — the band’s original name before it was changed to LINKIN PARK for legal reasons — was issued in October 2000 and was a breakout success for the group, which had formed in 1996 and had played the Los Angeles club scene for several years. The album yielded four massive hit singles — “One Step Closer”, “Crawling”, “Papercut” and “In The End” — while going on to sell more than 10 million copies in the U.S. alone.