In the new episode of “Icons” out on December 22, Gibson TV sits down with one of the most iconic rock guitarists of our generation, Kirk Hammett of Metallica. Since 1983, Kirk Hammett has been the lead guitarist and a contributing songwriter for Metallica. Before joining Metallica, he formed and named the metal band Exodus. In the new “Icons” interview, Hammett talks his first music influences, inspiration, and his early days in the San Francisco metal scene. Kirk takes viewers on a ride through his 37 years as the lead guitarist of Metallica talking touring history and personal stories about recording the group’s pivotal albums including “Kill’em All,” “Ride The Lightning,” “Master of Puppets,” “…And Justice For All,” “The Black Album.” The episode features archival and never-before-seen photos of Metallica, as well as, studio demos, and live concert recordings.

“As Gibson TV continues to grow as a channel dedicated to music and music culture, having the icon Kirk Hammett share his stories and journey with my producers Todd Harapiak and Mark Agnesi, is a privilege for all music fans around the world,” says Cesar Gueikian of Gibson. “Kirk has inspired generations of hard rock and heavy metal guitar players, me included, to pick up a guitar and learn how to play his shredding guitar lines and Metallica riffs. I am grateful that in this episode of ‘Icons,’ Kirk goes beyond his inspiring guitar playing and invites all of us to immerse ourselves in the story behind this Icon. I can’t wait for all the Metallica fans to watch this new episode of ‘Icons’ with the ripper, Kirk Hammett.” 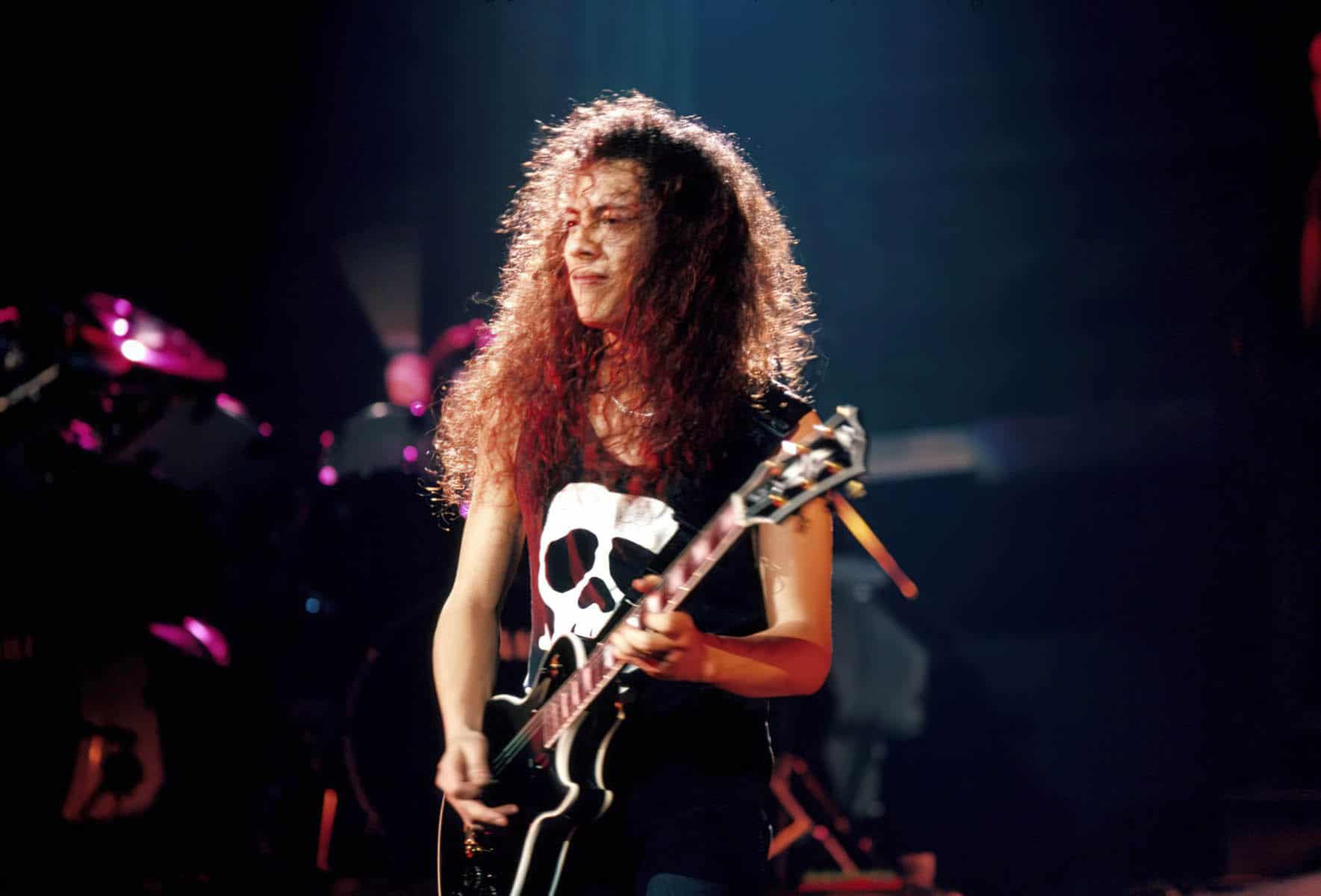 Speaking about the recording process for “Metallica”, Kirk said: “[Producer Bob Rock] came down to rehearsals for ‘The Black Album‘, and he said to us, ‘No one has ever caught the power and energy of you guys live on tape or on vinyl.’ And I thought about it, and I thought, ‘He has a point. There is yet to be a recorded song that captures the energy and the urgency that comes with seeing us live.’ And that was his goal. And, to a certain extent, looking back at the [METALLICA] albums that he did do, he caught a lot of energy in the studio. His whole way of recording us was so radically different than anything we’d ever done.’ All of us playing together in the same room to record the drums was a milestone for us, ’cause in the past, it was just James [Hetfield, guitar/vocals]. And we honestly thought that whenever we were all playing together like that in a room that Lars [Ulrich, drums] always played better. And using that recording technique proved that that was the case.”

Hammett continued: “The first time I heard it on the radio, I was blown away by how good it sounded. ‘Cause ‘One’ [from ‘…And Justice For All’] sounded pretty good on the radio, it sounded pretty good on MTV, even though it was compressed as shit, but there was something about ‘The Black Album’ and all the tracks that just made it leap out of the radio. Maybe it’s ’cause there’s so much presence in the drums — the drums are so crisp. I don’t know. But every track that’s played on the radio just leaps out of the radio; there’s just so much presence. To me, that’s the thing that I keep on going back to — how good it sounds when I hear it on the radio. 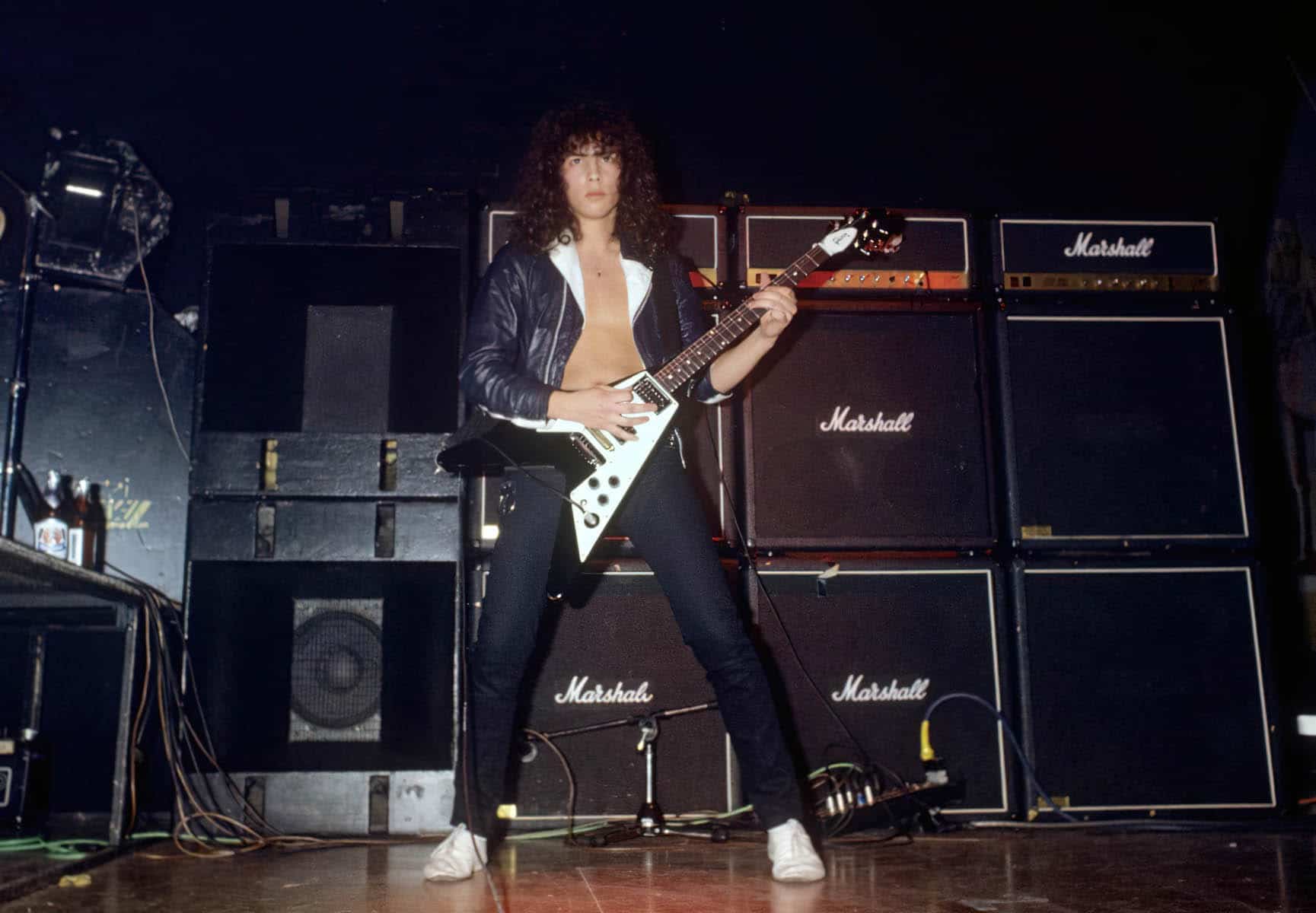 “[‘Enter Sandman’] never struck me as being a hit song. None of those songs ever struck me as being hit songs. They struck me as being just really good, concise songs with great periods of heaviness and great periods of melody. And when the album just started selling the way it did, I could not believe it. And I even had a bet with our tour manager. He said, ‘It’s gonna sell six million by this date.’ And I was, like, ‘I’ll give you my Porsche 911 Carrera if that happens.’ And guess what? It happened. And guess what? I had to give him my Porsche 911 Carrera.”

Hammett added: “For me, I think Bob, he’s an amazing producer, and he’s also an amazing engineer, and he has an amazing ear for guitar sounds, for drum sounds. Some of the best guitar sounds that I have ever gotten in my life I’ve gotten with Bob Rock. And a lot of it is just chasing tones, blending amps, blending guitars. What I like about Bob Rock is that he is into the pursuit. If he hears something — a sound or a performance — he will pursue that, or make you pursue it, until he believes you’ve reached that point.” 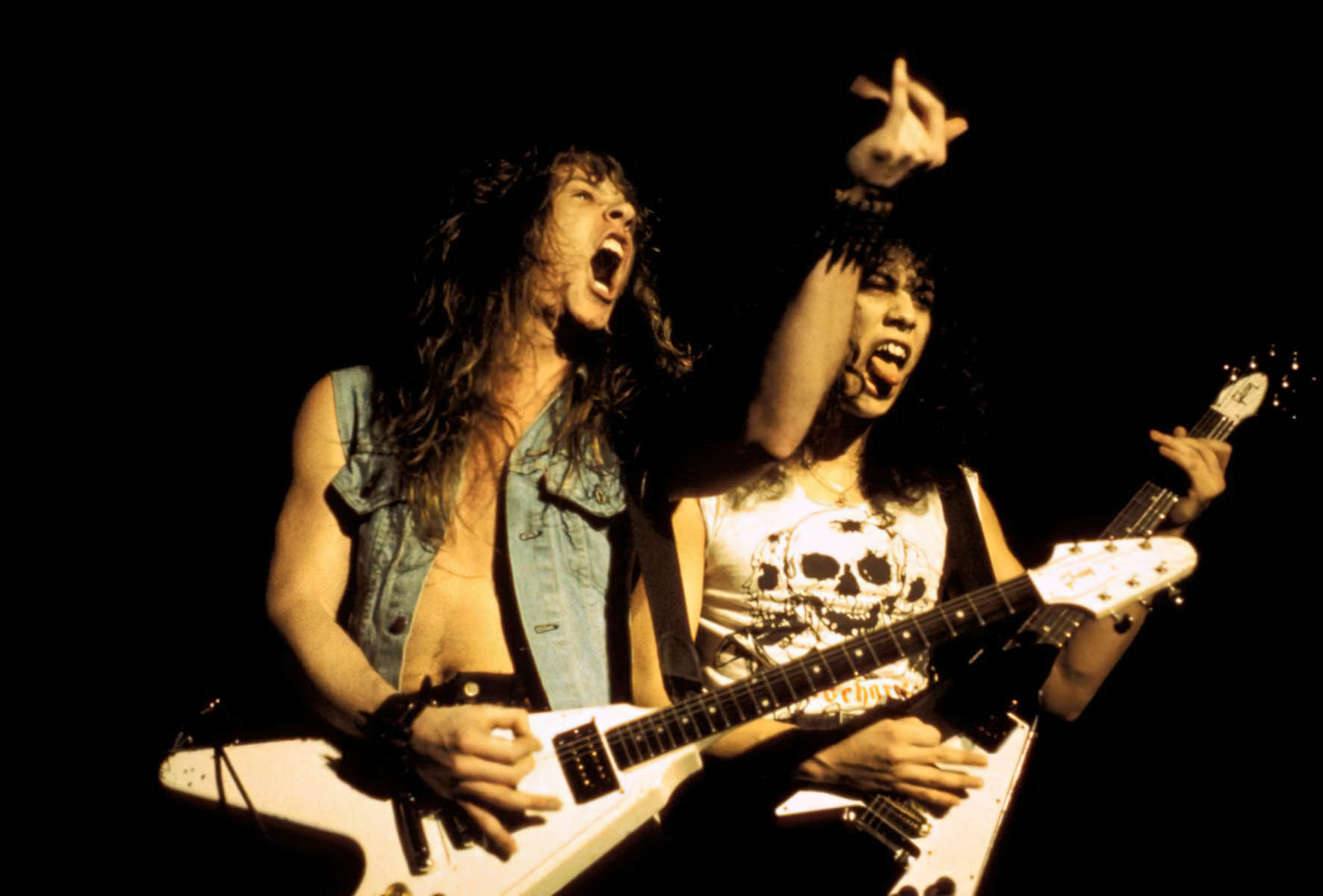 “The Black Album” was the first of four collaborations with Rock, with whom the band clashed throughout the recording of the disc.

“Metallica” in 2009 surpassed SHANIA TWAIN‘s 1997 record, “Come On Over”, as the best-selling CD of the SoundScan era.

METALLICA performed “The Black Album” in its entirety at a number of European festivals in 2012.