Comments MORBID ANGEL‘s Steve Tucker: “We are really stoked to be doing this tour together with our brothers in WATAIN and INCANTATION. This is a relentless lineup of pure evil and uncompromised dark art! We look forward to melting the faces off of all of you seeking the comfort of the dark!”

Earlier this year, Tucker told Metal Wani that MORBID ANGEL was preparing to begin the songwriting process for the follow-up to 2017’s Kingdoms Disdained album. “I’m gonna actually start writing some new music, and I think Trey [Azagthoth, guitar] will probably start writing some new music. We’ll probably do a couple of more tours throughout the year. It’s that time. It’s been a little bit over a year since the last album came out. I’ve kind of got the urge and desire myself to write some more music. So we’ll start getting into that and continue doing shows.”

Rolling Stone hailed a, “cyclone of blastbeat-driven fury punctuated with Azagthoth’s signature heaving, lunging grooves and Eddie Van Halen-on-a-bad-trip solos,” while Metal Injection crowned the record, “one of the band’s most essential efforts,” adding, “the record contains almost wall to wall instant classics, and is not only Steve Tucker’s best album as MORBID ANGEL frontman, but by extension the group’s most genre-defining effort since 1995’s iconic Domination.” 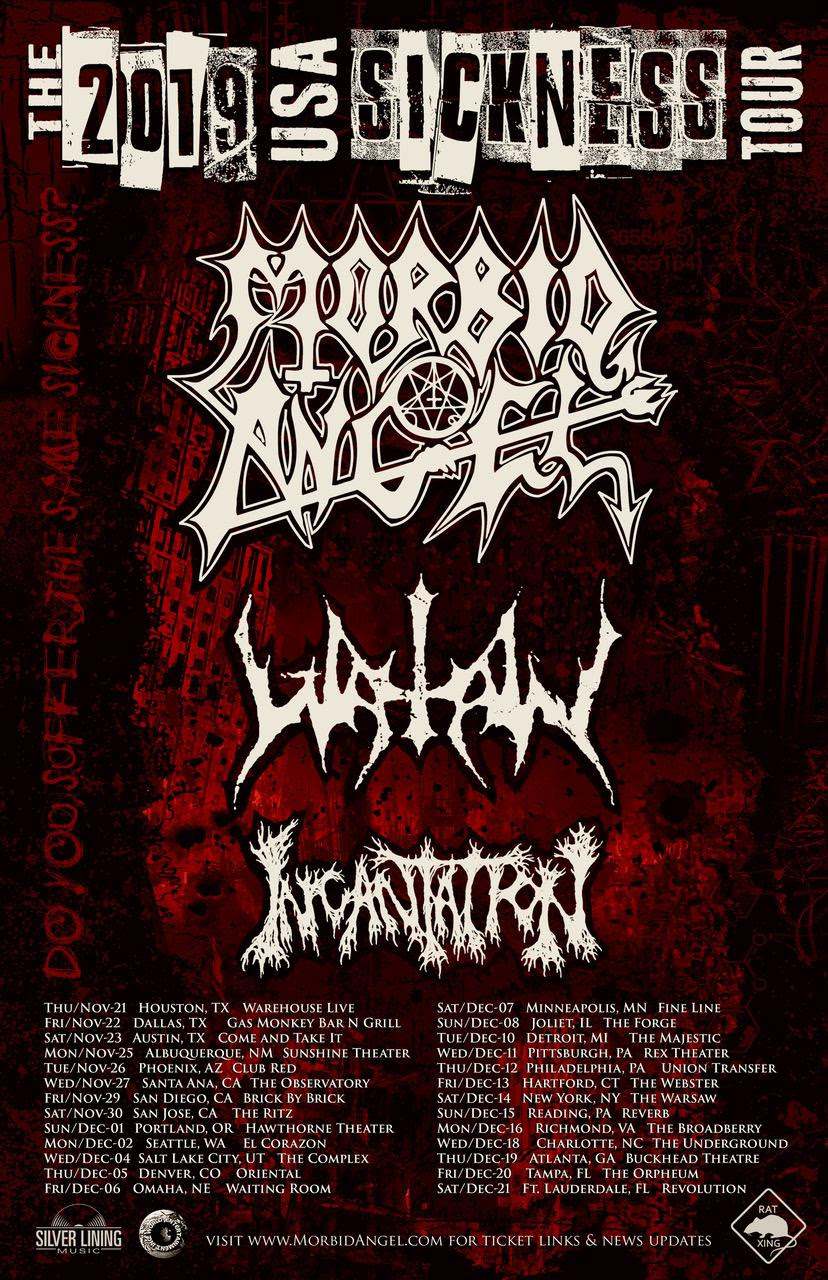