Twelve is the debut album from the Italian progressive metal band LAST UNION soon to be released through ROAR! Rock Of Angels Records. The record features Mike LePond (SYMPHONY X) on bass, Uli Kusch (HELLOWEEN, MASTERPLAN) on drums,  and James LaBrie (DREAM THEATER) as a guest in three songs. The effort was mixed and mastered by Jens Bogren, best known for his work with ARCH ENEMY, SYMPHONY X, DEVIN TOWNSEND, ANGRA and OPETH, to name a few.

The quiet city of Tolentino in the Marche region of Central Italy not only boasts a rich historical background, it is also the place progressive metal band LAST UNION calls home. Founded by vocalist Elisa Scarpeccio, guitarist Cristiano Tiberi and keyboardist Claudio Feliziani in 2007, the band — originally known as BLAZING ICE — embarked on their journey in the pursuit of sharing their thoughts and feelings about life, and ultimately their art, with the world. With the assistance of professional session bassists and drummers, the trio established themselves on the Italian scene with a string of shows that helped them evolve and refine their craft. Over the course of 20 shows, LAST UNION presented songs that would eventually make the final cut for their debut album. 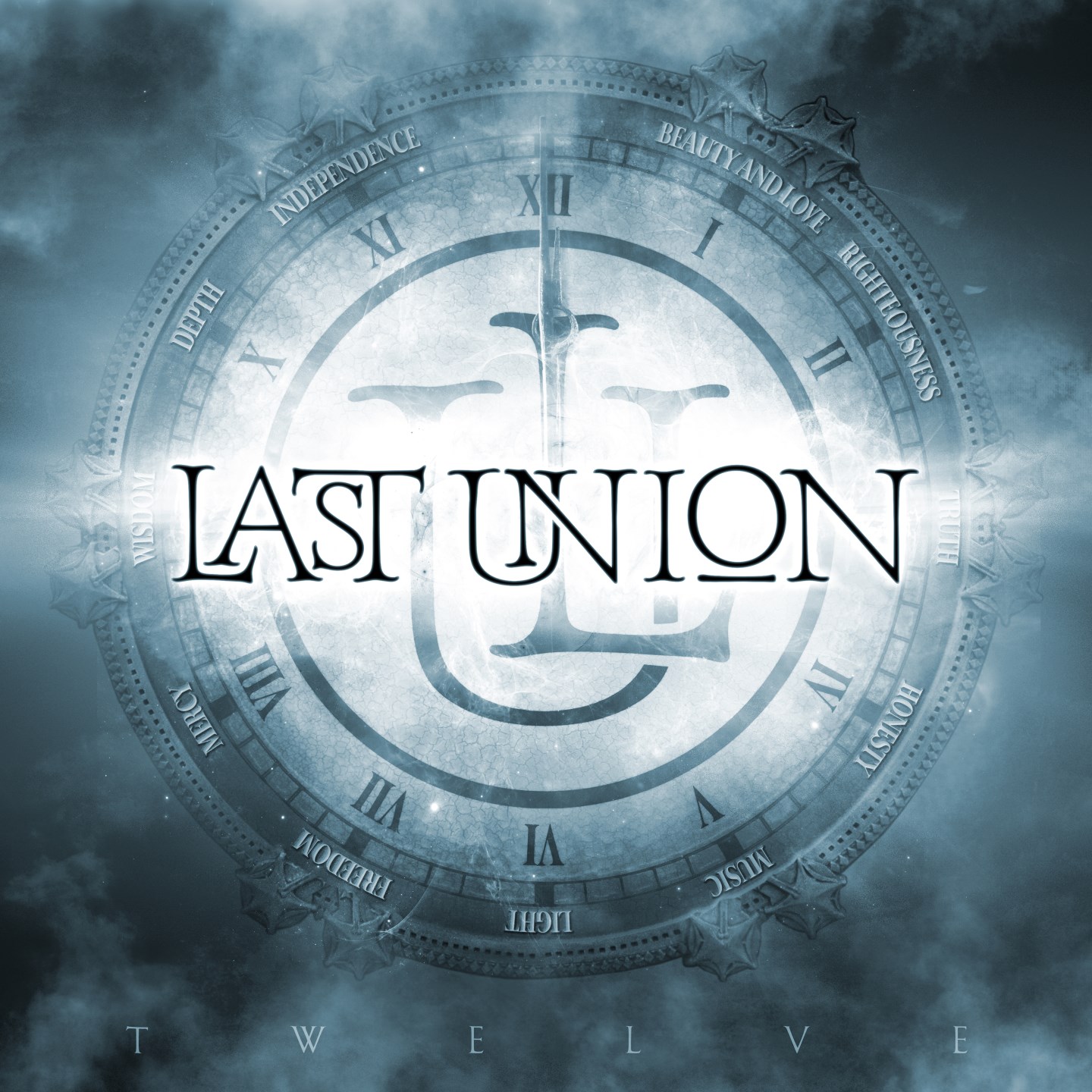 Twelve is a labour of love written and pieced together over a two-and-a-half year period. While it isn’t intended as a concept album, the songs are linked together with a common thread delving into aspects of the human soul, effectively creating a chapter-by-chapter story. This idea is cemented by the album booklet created by Thomas Ewerhard.

Last Union comment on the songs:“Behind the song lyrics hides a series of scourges affecting our society such as power,  money, war, cartomancy, gambling, but giving in the end emphasis to the beauty of human soul, with its good and deepest desires and the uniqueness of every human being overcoming and defeating evil. All the songs are linked by a common thread, which is referenced in the album booklet. Musically, there’s a spotlight on the vocal melodies, backed by a heavy sound”. “‘The Best Of Magic’, ‘A Place In Heaven’ and ‘Hardest Way’ were the songs with the greatest impact at the time,” says Tiberi. “Those songs allowed us to transmit our emotions and feelings to fans of all ages”.

Another important aspect of Twelve’s creation was Scarpeccio’s and Tiberi’s insistence that Kusch and LePond take part in the recordings, song arrangements, promo shoots and video clips in spite of the geographical distances separating them. Drums were recorded in Sweden, bass in New Jersey, with guitars and vocals laid down at home in Italy. Masterplan keyboardist Axel Mackenrott was brought in to play on “Taken” and Feliziani returned as a guest musician for the other songs. Mixing and mastering fell to famed metal producer Jens Bogren, known for his work with Arch Enemy, Symphony X, Devin Townsend, Angra and Opeth to name a few.

The icing on the cake, however, was getting Dream Theater vocalist James LaBrie to sing on three tracks: “President Evil, “Taken” and “A Place In Heaven”.

It was another bold move for Last Union and one that one that ultimately paid off following six months of consideration on LaBrie’s part. Satisfied with the quality of the songs he recorded his vocals, with stellar results that are guaranteed to attract the attention of LaBrie fans the world over. Last Union don’t hide from the fact that inviting LaBrie to participate was a calculated move to draw attention to their work, but as  Dream Theater is one of the band’s many influences it was a dream come true to genuinely collaborate with him. On top of that, LaBrie’s voice suited the chosen songs perfectly and acted as an effective contrast to Scarpeccio’s. 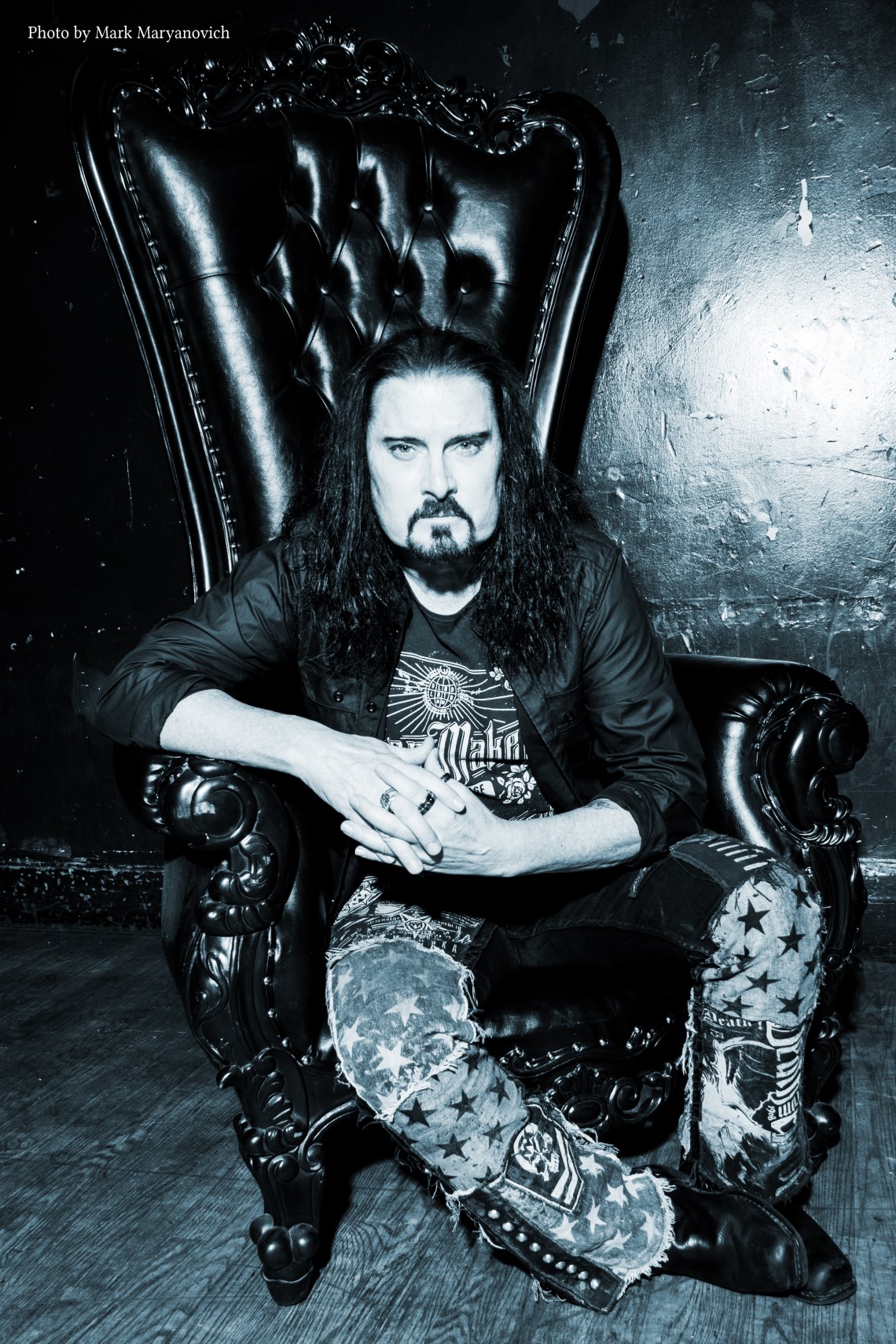 Last Union comment on LaBrie’s participation: “We listened to his first recording for Last Union – which was ‘President Evil’ – very closely and in amazement; we were so excited that day! Imbued with a new special sensation we can’t describe in words… to have at our disposal such talent and expressive capability, his rich voice… surreal. After listening to his music for years, this is one of the reasons it was worth the creation of this project. That’s the picture of us landing and leaving, together the destination and the direction towards a new dimension for our music, a sort of transformation, an evolution has happened in ourselves and our work. It would be great to have the opportunity to play with him live someday.”

“We can vividly recall how James has always shown himself to feel particularly connected with the songs. It’s been a natural process in that sense and we were so glad to learn from him, and he has been enthusiastic about the overall final recordings. His arrival even inspired us to add some new elements to a couple of songs at the very last minute, which he appreciated. From what we’ve heard, both from him and from his trusted friends and colleagues, he would never put himself into a project if he didn’t feel like having an authentic bond with the music. The depth of his vocal interpretation in Twelve can testify that. We’re truly grateful for that and even more motivated.”