If you like melodic rock, progressive and power metal music, the name Lance King will definitely ring a bell for you. Lance has sung and fronted many groups over the last 35 years (the list is too long to mention it here, some are GEMINI, KINGS MACHINE, BALANCE OF POWER and PYRAMAZE). He started the record label Nightmare Records, which specializes in hard rock, progressive metal and power metal and has a large selection of positive metal, spiritual and Christian metal bands and artists from around the world. Nightmare has licensed 100’s artists and has distributed thousands of releases over the years. King founded the label originally to release Gemini’s self-titled album, not wanting to turn over all rights and creative license to many major labels and managers he encountered in the late 1980s. He is presently still at the helm of the label and has produced a huge back catalog of original material over the years released via many different record companies around the world.

When it comes to his singing abilities, Lance‘s voice is there with the best of them. He’s a tenor with a plus four-octave range, able to sing very comfortably in both baritone and high tenor in full voice and up to second soprano in falsetto. He is known for singing in many different melodic rock and metal styles and non modal voicings, but mostly for his traditional blending of power, melodic and progressive metal/hard rock vocals, with a warm, rich tone.

Lance has been busy creating new music, and he has just announced the coming of a new album entitled “ReProgram”, currently in the works. Two promo videos trailers have been released (and can be seen below), and they illuminate the album theme narrated with a killer voice over by “The Movie Trailer guy” with the cyberpunk / sci-fi cinimatic feel the album has. Now calling his style ‘Celestial Metal’, Lance challenges the very fabric of who we are as humans with “ReProgram”, a bombastic tour de force once again co-produced by Jacob Hansen and calling on the talents of many musician friends: Kim Olesen (Anubis Gate), Markus Sigfridsson (Darkwater/Harmony), Matt Hodsdon (Chaos Frame), Rich Hinks (Annihilator / Aeon Zen), Morten Gade Sørensen (Pyramaze/Anubis Gate), Fred Columbo (Spheric Universe Experience), Mattias IA Eklundh (Freak Kitchen) and Jakob Riis (L Wood Joy). 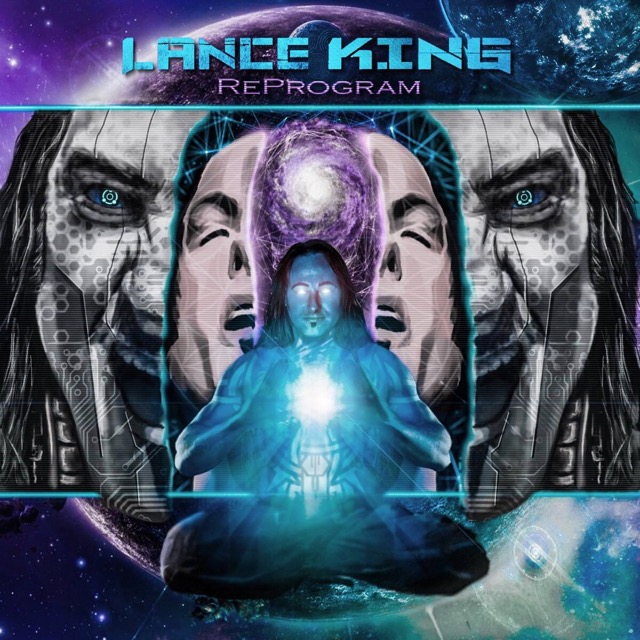 Lance says about the record: “With the addition of two new co-writing partners, there are some new musical elements in this one that I think you’ll really enjoy. My general feeling is the songs flow better though they are more progressive…. they feel like songs rather than compositions, which is always my goal, I loved the band QUEEN because they were so good at that. Originally I set out to write a happy metal album thinking ‘…the world needs more happy music…. especially ’heavy’ happy music!’ BUT that isn’t what we came up with…. The lyrics are moody and deal with the common struggle of being stuck in an unhappy life by our own conditioning…”

In case you want to hear more, Lance has set up a PledgeMusic page to crowdfund this project. You can beging this quest along with him by pre-ordering exclusive Limited Bundles and getting access to all updates at this location. Also make sure to follow Lance‘s endeavors on social media by visiting his Facebook, Instagram, Twitter and Soundcloud pages.