“Better late than never!” says Kreator’s Mille Petrozza. “We’re excited to finally get the good news to our awesome and VERY patient Hordes. Obviously the original dates in March/April were cancelled — we had hoped to reschedule at the end of this year which we now know would not be possible either. We’ll be back with a new record and new production, together with Lamb Of God’s latest banger…the tour will be bigger and badder than before! See you there in 2021!”

Says Lamb Of God’s Mark Morton: “While its later than we had hoped, we’re excited to have new dates in the books for 2021. We couldn’t be more excited about returning to the stage in Europe with our friends in Kreator and Power Trip. It will be worth the wait.”

Lamb Of God’s new, self-titled album was released on June 19 via Epic Records in the U.S. and Nuclear Blast Records in Europe. The follow-up to “VII: Sturm Und Drang” marks Lamb Of God’s first recordings with Art Cruz, who joined the band last July as the replacement for the group’s founding drummer, Chris Adler. 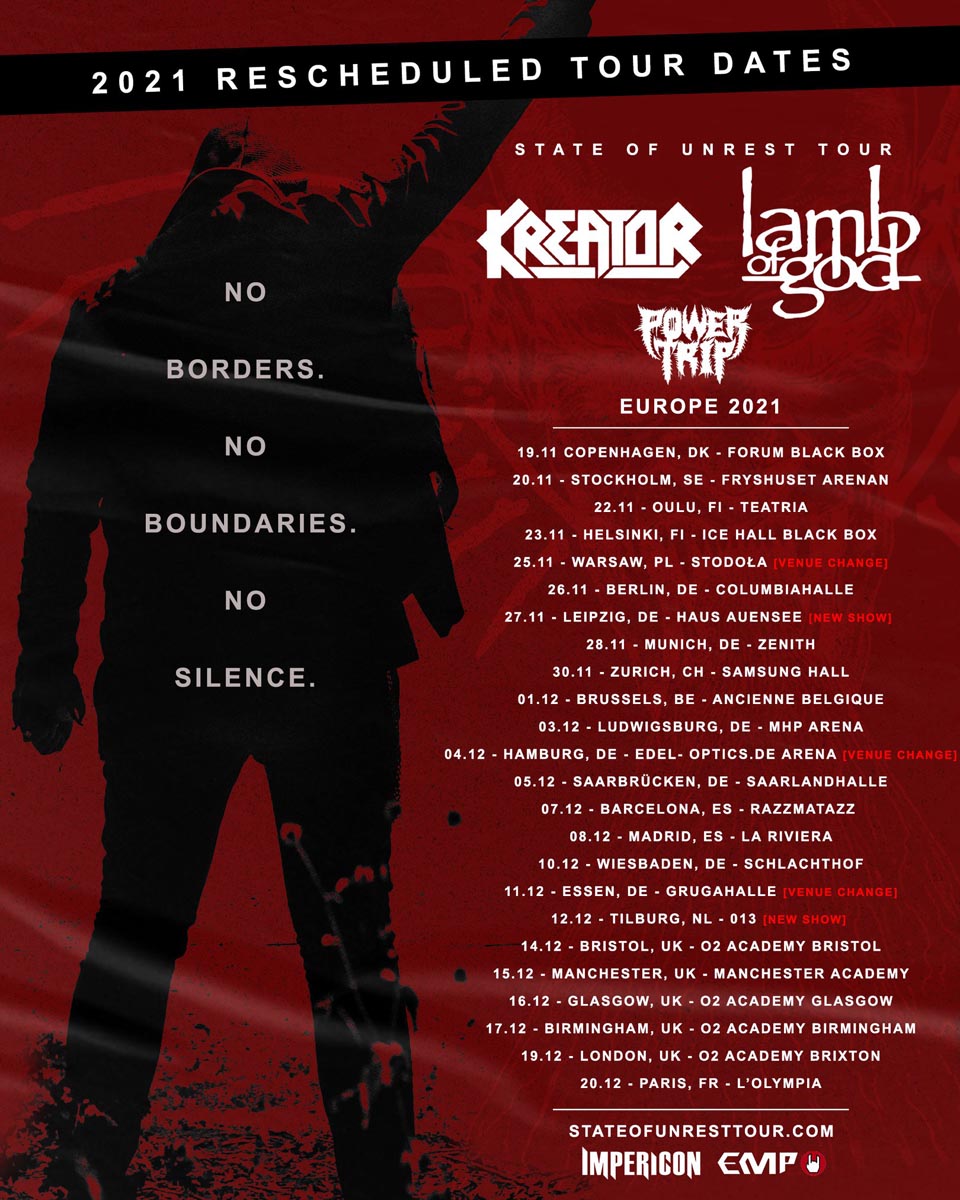 This past March, Kreator surprise-released a new single, “666 – World Divided“. The song was produced by Andy Sneap and Markus Ganter and was recorded at Hansa Tonstudios in Berlin, Germany. Kreator played its first show with the band’s new bass player, Frédéric Leclercq, last October in Santiago, Chile. Before joining Kreator, Leclercq rose to fame with U.K.-based extreme power metallers Dragonforce for whom he handled bass duties from 2005 until last August.

Kreator released its most recent album, “Gods Of Violence“, in early 2017.