Italian metal giants LACUNA COIL have just announced the release of their new live album, “Live From The Apocalypse,” set for release on June 25th.

“Live From The Apocalypse” is the fruit of an unprecedented time. Unlike previous live efforts the Italians, under the yoke of the pandemic, cleverly devised a way for their devoted fan base to hear and see them on stage by organizing a special live stream event performing their latest album, “Black Anima,” in its entirety this past September 2020. This very special show will now be released digitally and physically (vinyl and CD). The physical album formats come with a bonus DVD featuring the footage of the original live stream.

To celebrate the announcement, LACUNA COIL have released a very special single, “Bad Things”, which has only previously been available in its original studio version as an Amazon exclusive track. The live version is now available on all digital platforms. Watch the video for “Bad Things” from the bonus DVD below.

“Live From The Apocalypse” will be available in the following formats and can be pre – ordered here.

The vinyl version will be available in the following colors and limitations: 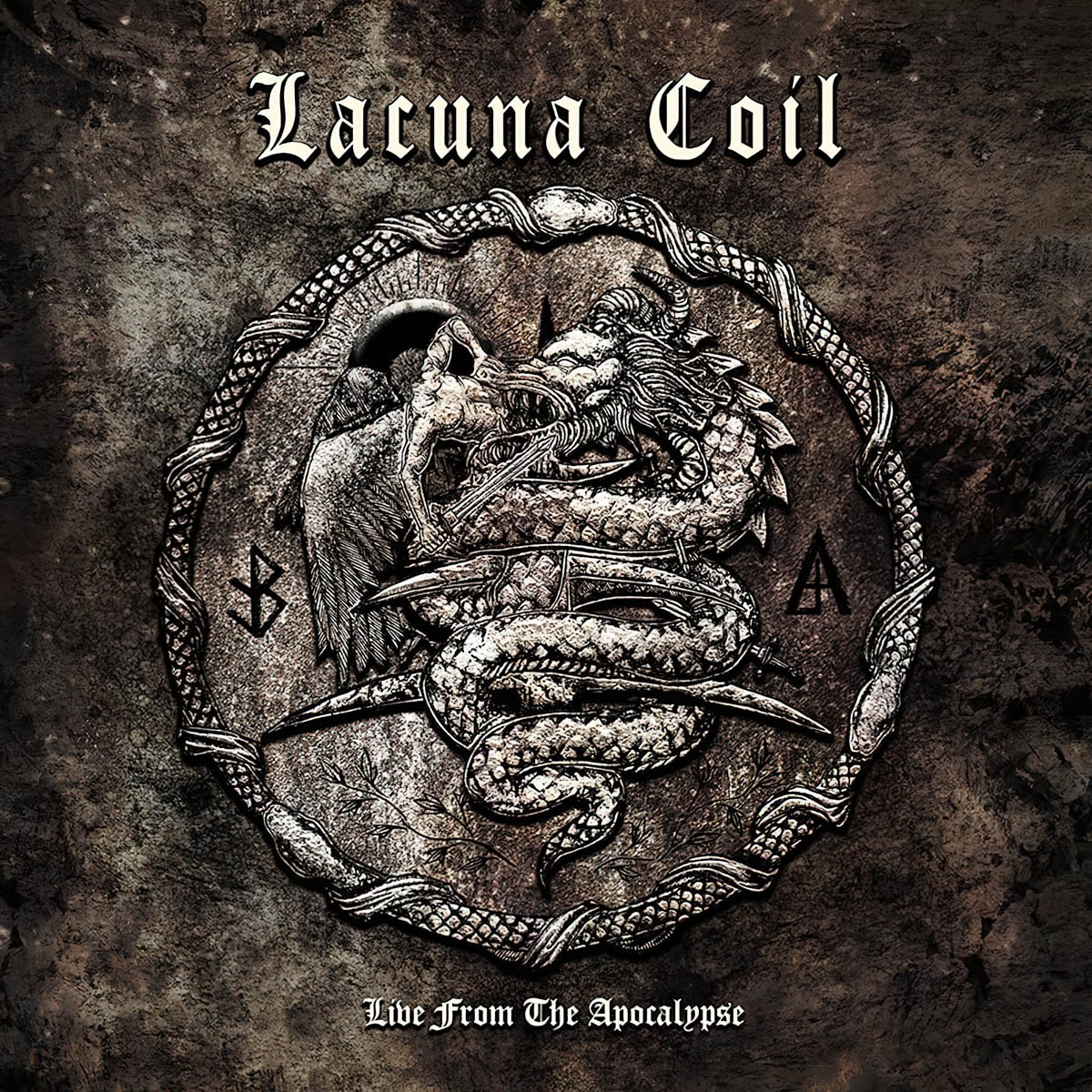 “Live From The Apocalypse“ Tracklisting:

By all accounts, this was no ordinary gig. Even though LACUNA COIL were in their hometown of Milan—at the famed Alcatraz Club—there were no fans to greet them. No roar of anticipation; No claps of adulation; No interaction with the people who had become deeply involved in and had a profound love for LACUNA COIL’s music and live shows over two-plus decades. The live stream energy was different. It had to be. With hearts on their sleeves, cameras rolling, and the world tuning in online, LACUNA COIL brought “Black Anima: Live from the Apocalypse” to life.

“On one hand, it felt awkward to play for a huge empty room,” tells vocalist Andrea Ferro. “But, on the other hand, it felt great to finally reconnect with our fans at home and with the people working behind the scenes. A lot of people enjoyed the show—it was definitely a one-off event loaded with a lot of emotions and feelings. Live from the Apocalypse is an opportunity to offer a new release to our fans while the COVID-19 crisis is still a real thing, affecting them and us. The live album represents a unique moment in our career (and life) that will be forever remembered as that one time when we literally ‘rose from the Apocalypse.’”