Up-and-coming hard rock band Satellite Citi have teamed up with Loudwire to premiere the powerful video for new single “Antibody.” The song—featuring a collaboration with Crobot’s Brandon Yeagley—is dedicated to the people of Armenia and brings awareness to the latest attacks on the Armenian people beginning in late September 2020, that have killed hundreds of innocent civilians and displacing thousands more.

See the video which premiered on Loudwire below. Find the single at Satellite Citi’s Bandcamp page HERE.

Satellite Citi features drummer/vocalist Anna Gevorkian and guitarist Shaunt Sulahian, both Armenian-Americans born and raised in Los Angeles. Like many first-generation Armenians and children of immigrants, they have learned about the struggles their ancestors have faced and first launched their career in 2015 with the poignant track “Rock Bottom” to commemorate the 100th anniversary of the Armenian Genocide.

With the latest attacks against their home country—at a vulnerable time in 2020, amidst a global pandemic—the band partnered with their long-time director and fellow Armenian-American Rosie Geozalian to create a poignant video that spreads the message that Armenians are standing stronger than ever together and won’t be silenced. The video features a range of symbolic imagery that connects with Armenian culture and history, and are further explained in Loudwire’s story.

“Our track ‘Antibody’ lyrically is about overcoming obstacles and silencing your enemies, no matter how hard they might try to bring you down,” says Anna and Shaunt. “We were honored to have Brandon Yeagley of Crobot sing on this track with us. His voice really brought the song together musically. The music video helps us connect the song back to our motherland, Armenia. With the recent war in Artsakh (Nagorno-Karabakh), and continuous war crimes happening to Armenian civilians, carried out by Azerbaijan and Turkey, we felt the need to let people know we are here, standing together, stronger than ever, and nothing will change that.”

Adds director Rosie Geozalian, “We had already started working on the ‘Antibody’ video when I woke up one morning to reports of the attacks occurring in Artsakh and Armenia. As members of the Armenian diaspora, the tragedies taking place consumed our thoughts and emotions; the visuals shifted to reflect that. Creating the video for ‘Antibody’ became a way of processing the ongoing cultural trauma we face as Armenians, while paying homage to our brothers and sisters risking their lives to protect the motherland.”

Brandon Yeagley of Crobot said this about his participation in the song and video: “We are all looking for a little extra boost in immunity right about now. Now, I’m no doctor but I know when Satellite Citi hit me up to be a part of their hard-hitting, slinky song ‘Antibody’ there was no hesitation. So come along for the ride—’cause if you ain’t part of the cure, you’re part of the disease!” 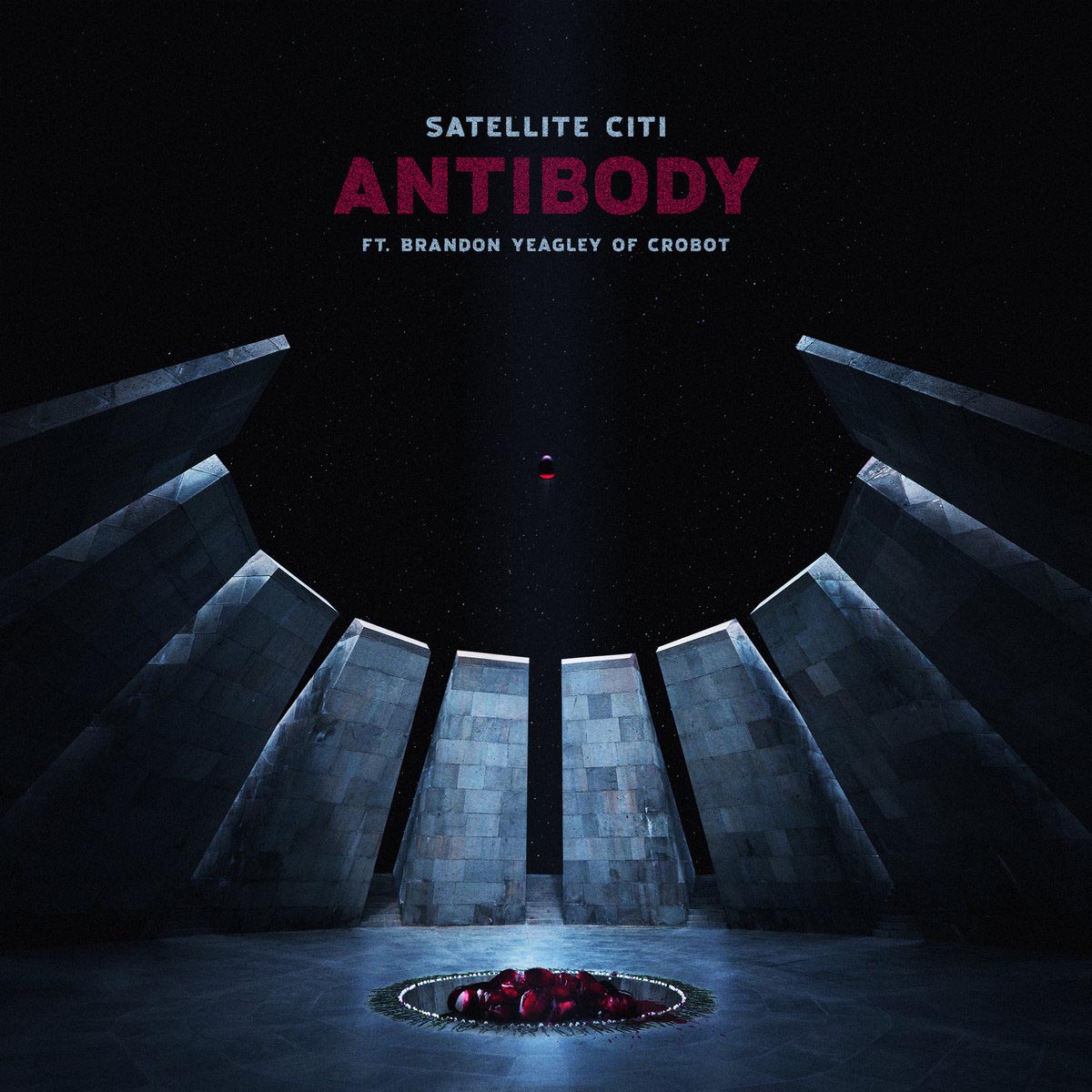 As part of the campaign for “Antibody,” Satellite Citi has created a T-shirt with all proceeds being donated to the Armenia Fund. It’s available for purchase here.

As well, the band has shared the following resources for those who wish to learn more about the attacks on Armenia and would like to act and donate. 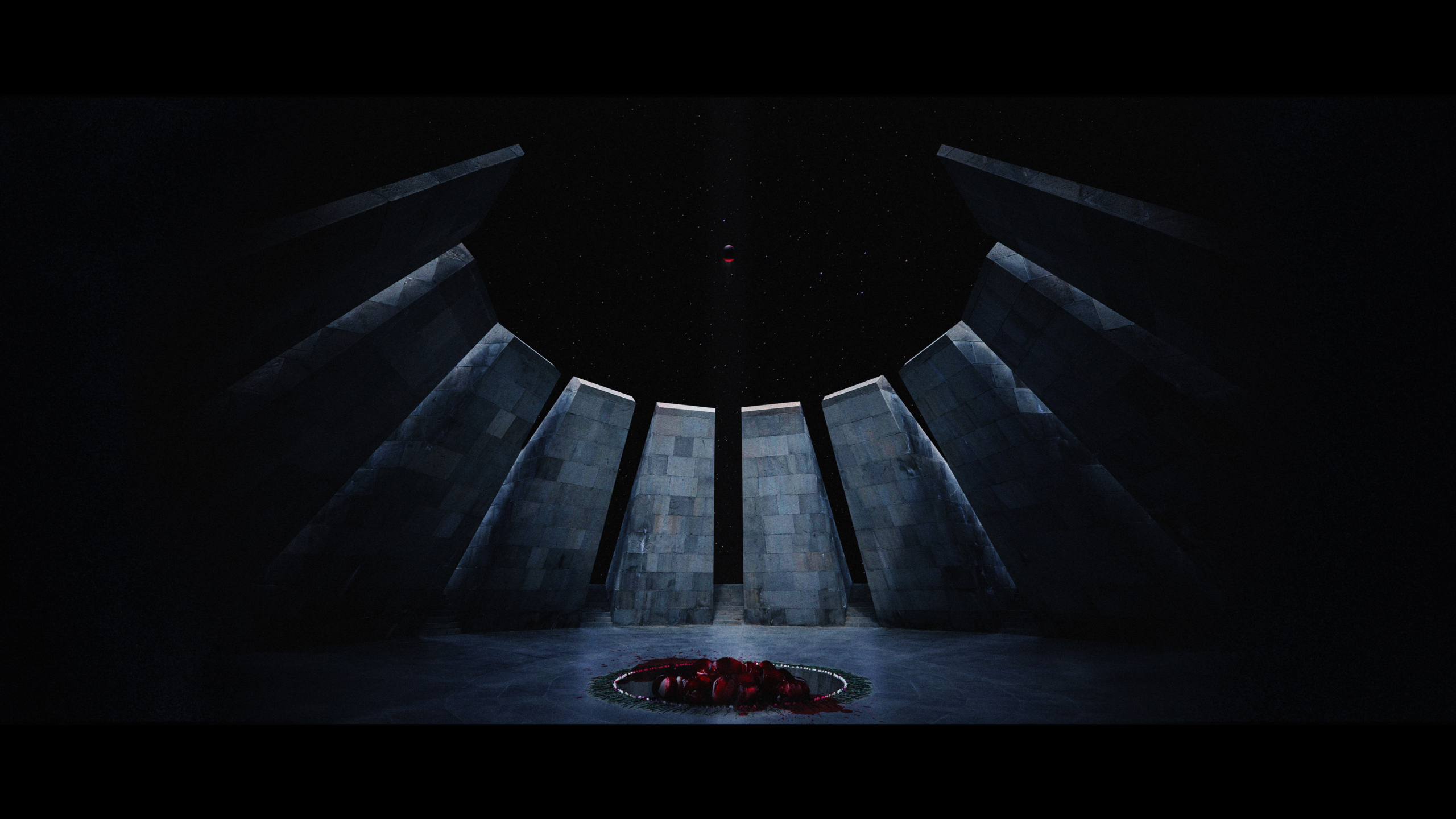 The Tsitsernakaberd Armenian Genocide Memorial Complex
The monument’s eternal flame that burns for the victims of the genocide is replaced with a pile
of pomegranate seeds, representing the recent fallen ones. Pomegranates symbolize death and
rebirth, and the invincible soul of Armenia.

As a follow-up to their acclaimed 2018 debut EP “Negative Space,” the new album will thematically center around the importance of mental health and represents the band’s own struggles of coping with fear and anxiety, that are even more permeated in today’s culture. “It’s important to us to help people control and ultimately confront and overcome their fears by realizing they’re not alone in this crazy world,” says Anna and Shaunt. “And so many of us are going through the same things, the same struggles and day to day anxiety. Especially during this pandemic, it’s been such a shift in reality for us and we’re realizing how important human connection is.”

A regular fixture on the stages in their hometown of Los Angeles, Satellite Citi is joined live by two anonymous Spacewalkers on bass and guitar that further taps into the band’s curiosity of other realms and advanced life forms. The band’s name, in fact, is based off of the idea of a city, outside of our galaxy, where people communicate with their minds.

In addition to music, Anna and Shaunt love video games and writing—they are currently working on their first original sci-fi graphic novel called Spacewalker with former DC editor Jim Higgins, that will coincide with a new concept EP in 2022. Satellite Citi also has five songs featured in the upcoming rock documentary Long Live Rock…Celebrate The Chaos, directed by Jonathan McHugh, that features bands such as Metallica, Korn, Slipknot, and Rob Zombie. The trailer can be viewed HERE.