“The Signal Fire”, the new music video from Massachusetts metallers KILLSWITCH ENGAGE, can be seen below. The song, which features a guest appearance by former KILLSWITCH ENGAGE singer Howard Jones, is taken from the band’s new album, Atonement, which was released on August 16 via Metal Blade Records in the U.S. and Sony Music Entertainment in the rest of the world. The electrifying performance clip was directed by the band’s longtime collaborator Ian McFarland (“The Godfathers Of Hardcore”, MESHUGGAH).

“This video is a demonstration of solidarity and unity,” says KILLSWITCH ENGAGE singer Jesse Leach. “This is for the fans and this is our testimony to all who see this video. In these times we live in, I believe this is an important message — not just for us as a band and our fans but for all of humanity. This is a call for compassion and understanding! There is strength in unity.”

Leach continues: “The making of the video was a great experience as well. Just all of us guys hanging out and having fun together. Ian McFarland did a hell of a job capturing the vibe and energy of our performances.”

“It was another silly day at the office,” adds Jones. “Good food, lots of wrestling talk, and hanging with the boys is a great way to spend the day and get a little work done. Shout-out to Ian McFarland for making everything painless at the shoot. The day was all smiles — with a hint of metal.”

Leach said that he wrote “The Signal Fire” lyrics “with Howard in mind and our connection through our similar mental illnesses.” He explained: “I mean, now that I’ve hung with this guy a few times, it’s ‘crazy’ (pun intended) how similar we are. We are brothers in metal, anxiety, hardcore music, love of medicinal marijuana and fighting depression. We may be very different-sounding voices, but, in truth, we are similar in many ways in our minds,” he added.

Jesse went on to say that the song’s lyrics are “about keeping hope in dark times and helping out those in need.”

Leach, who has previously blamed his exit from KILLSWITCH in 2002 on his battle with depression, said that he planned “on using this song to help continue to raise awareness for mental health and suicide prevention. Both Howard and I have a very strong outspoken stance on the subject and I will use this to help with the cause,” he said. 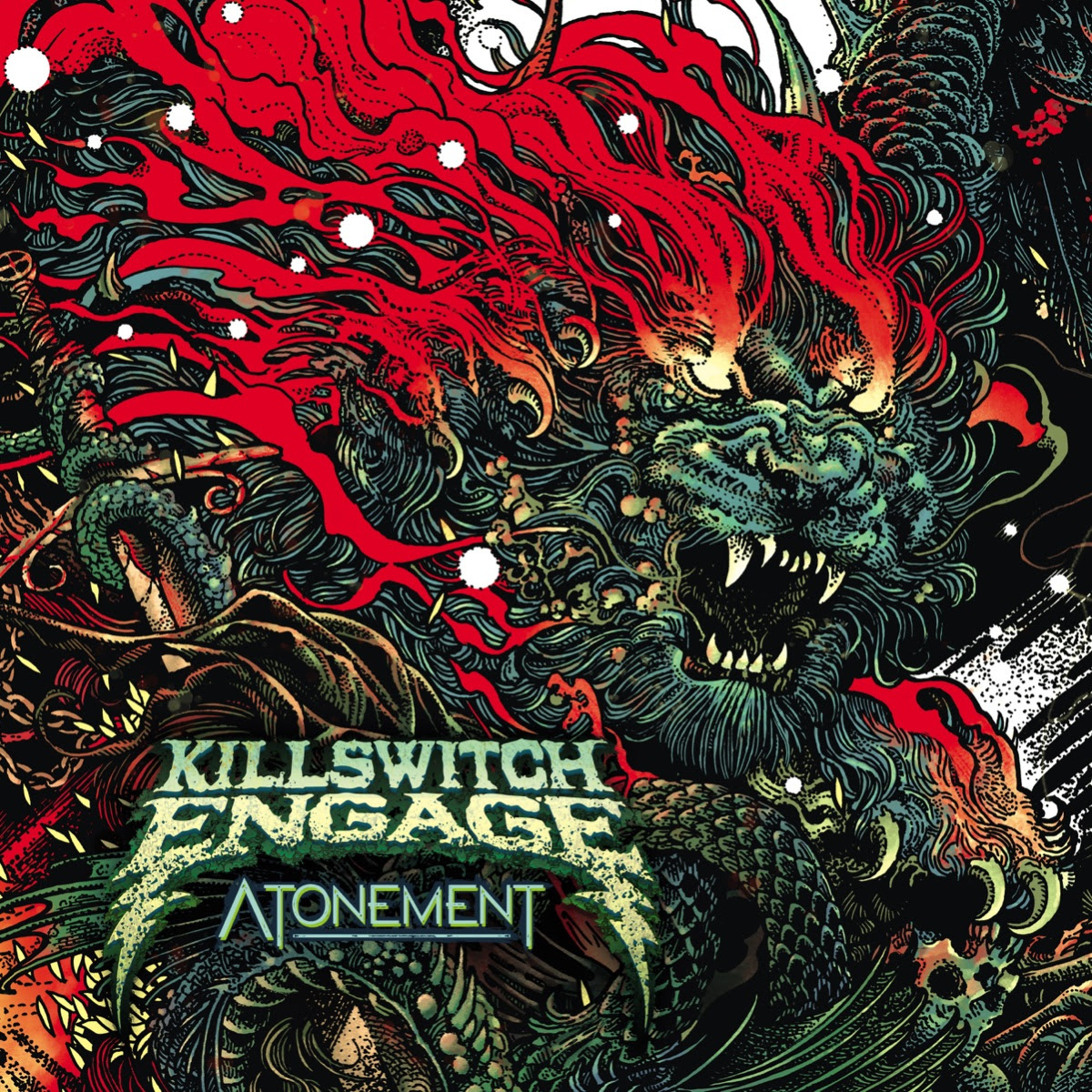 Atonement is the culmination of a trying and turbulent two-year period. KILLSWITCH ENGAGE started kicking around ideas for the album as early as 2017. The band recorded the bulk of the material separately on both coasts. However, in the middle of the process, a polyp developed scar tissue in singer Jesse Leach‘s throat, forcing him to undergo surgery. The intense three-month recovery ended with speech therapy, vocal therapy, and scream therapy. The band ultimately emerged with an album that is further evidence of their undeniable legacy as one of the most enduring metal bands of the last two decades and beyond.

The elaborate illustration on the Atonement album cover was created by none other than talented U.K.-based artist Richey Beckett (METALLICA, MASTODON) with the band’s own Mike D’Antonio handling art direction and layout duties. Atonement features an additional guest appearance by TESTAMENT frontman Chuck Billy. It marks the band’s third full-length release since the return of Leach, who rejoined the group in 2012.