Fresh off their summer European tour with IRON MAIDEN, Massachusetts metallers KILLSWITCH ENGAGE have announced the rescheduled dates from their spring 2018 tour.

The band was forced to postpone a handful of dates back in late April and early May due to singer Jesse Leach undergoing vocal cord surgery. The band will play makeup shows in the four markets (Sayreville, Poughkeepsie, Cleveland, and Louisville). KILLSWITCH ENGAGE has also added six new shows to the trek, which runs from late November through early December.

Joining KILLSWITCH ENGAGE on this short but impactful slate of dates are BORN OF OSIRIS, CROWBAR and DEATH RAY VISION.

All dates are below and go on sale on Friday, August 24. 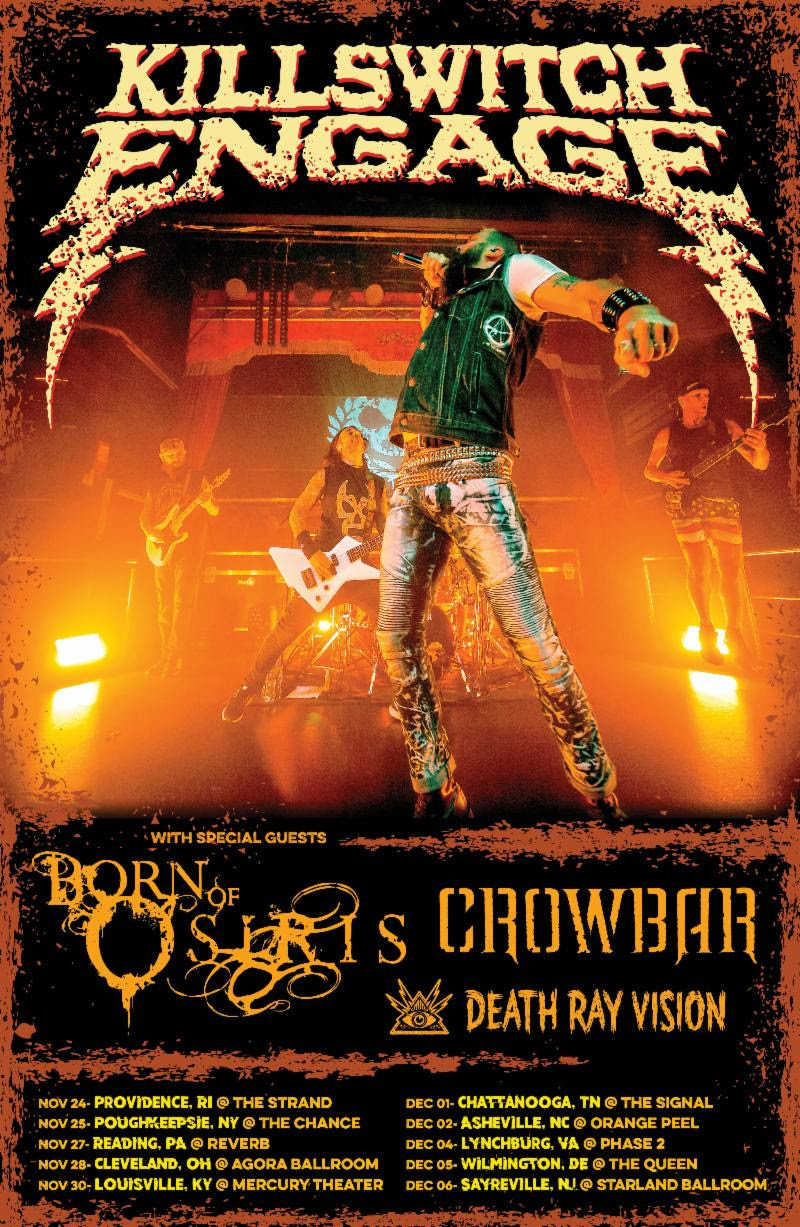 KILLSWITCH ENGAGE‘s next disc will be released via Metal Blade Records in the U.S. and Sony Music Entertainment in the rest of the world. The effort will feature a guest appearance on one song by the band’s former lead singer Howard Jones. The follow-up to 2016’s “Incarnate” will mark KILLSWITCH ENGAGE‘s third full-length effort since the return of Leach, who rejoined the group in 2012.