Symphonic metal masters Kamelot return with their newest offering “I Am The Empire – Live From The 013”, to be released on August 14, 2020, via Napalm Records. The majestic live album/DVD/BluRay, recorded at the legendary 013 in Tilburg, Netherlands, consists of twenty-one songs that will tug on your heartstrings, make you want to bang your head and give you a taste of Kamelot’s grandness live on stage with more than 100 minutes of live music and multiple exclusive extras, including backstage interviews of all guests, band-members and fans.

Today, Kamelot have released the live video of their performance of “Sacrimony (Angel of Afterlife)” – featuring Alissa White-Gluz (Arch Enemy) and Elize Ryd (Amaranthe) – taken from the “Silverthorn” album (2012), which marked one of the many highlights of this night to remember for all attending fans and musicians. The hit single starts off with adventurous first notes and ominous vocal lines, evoking the palpable, non-stop energy to come. This auditory epic soars to new heights in its live incarnation.

Kamelot front-man Tommy Karevik says about the “Sacrimony (Angel of Afterlife)” video: “We can now proudly announce that the first video to be released from the show will be “Sacrimony (Angel of Afterlife)”.  The song marks the beginning of a new era as it was one of the main songs on Silverthorn, the first Kamelot album with me as the singer. Enjoy!”

September 14, 2018 marked one of the highlights of Kamelot’s very successful career. The band around mastermind Thomas Youngblood, known for its high class collaborations, invited the creme de la creme of the symphonic metal scene to celebrate that evening in Tilburg. Featured guest musicians like Alissa White-Gluz (Arch Enemy), Charlotte Wessels (Delain), Elize Ryd (Amaranthe) and Lauren Hart (Once Human) – just to name a few – made this evening in Tilburg an unforgettable night to remember for every fan and musician in attendance. The set-list features Kamelot in prime shape – with a hand-picked mixture of Kamelot classics and live premieres, rounded off by stunning production and mixed and mastered by Sascha Paeth (Avantasia, Epica and more). 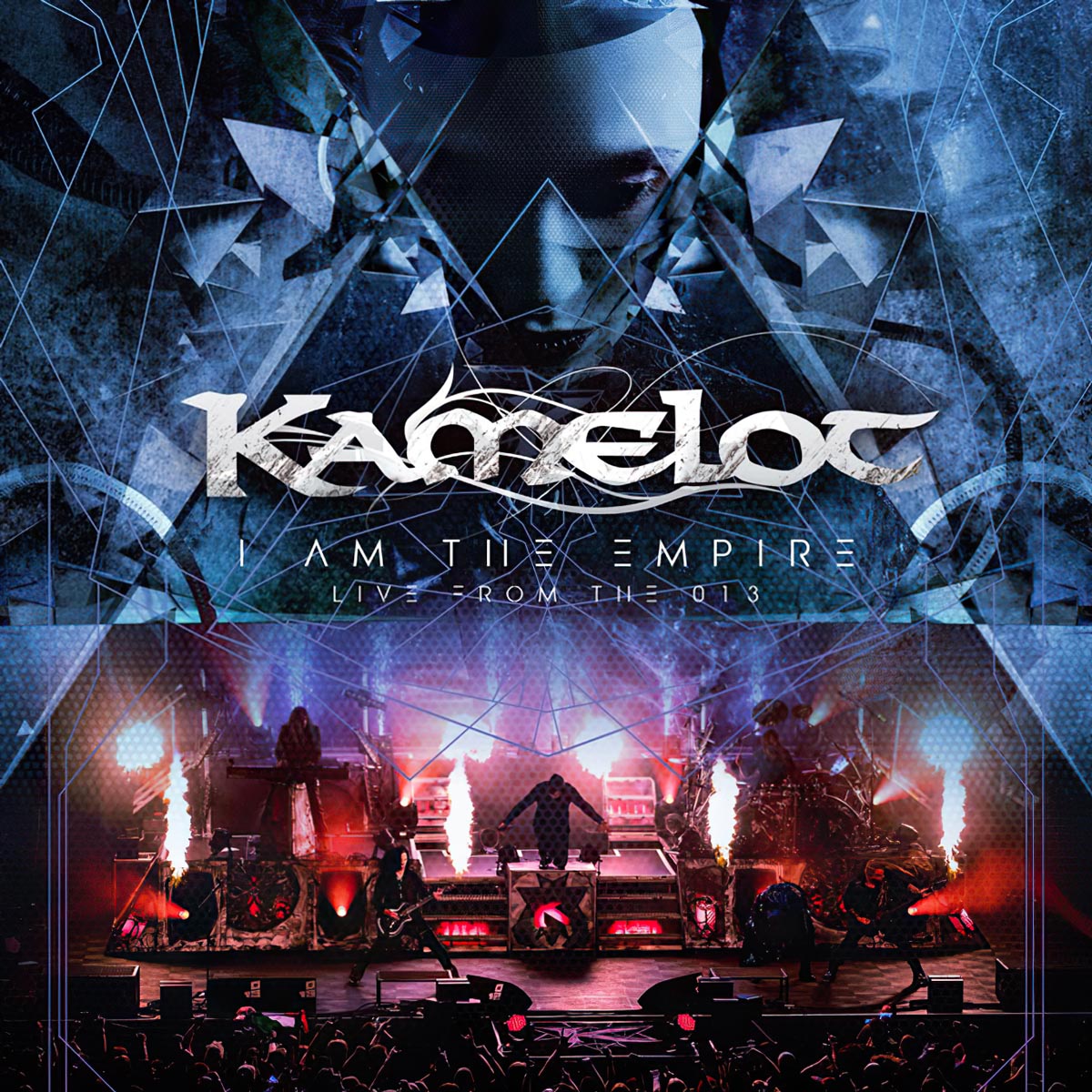 Kamelot guitarist Thomas Youngblood chimes in about the live release: “We are pleased beyond words to present our new live album/DVD/BluRay I Am The Empire – Live From The 013. After multiple SOLD OUT events in The Netherlands, it was only fitting to film this event at Tilburg’s famed 013 venue. The icing on the cake was having all the special guests attend this historic night, it was truly divine.”

Arch Enemy’s Alissa White-Gluz says: “It was a magical evening that night. It was so much fun to play such a nice long set with a packed house of fans who knew every word to every song alongside my Kam fam and girlfriends!”

Amaranthe’s Elize Ryd comments: ”It was an historical moment for me to take part in this Kamelot live-DVD recording. Let’s not forget that it was with Kamelot I began my touring life, and we toured a lot. I am so happy to finally be able to perpetuate the era of hard work and friendship with such great quality. A huge thanks to the entire Kamelot family for embracing my presence on this very special evening.”

Delain’s Charlotte Wessels adds: “It was an absolute delight performing “Under Grey Skies” with Kamelot live in 013 during their special night. It felt like a big family gathering. Thank you for including me. I am sure that this DVD will be a wonderful memento for Kamfans worldwide!”

Once Human’s Lauren Hart says: “What a MASTERPIECE!! It was a huge honor to share the stage with so many legends and witness this beautiful piece of Kamelot history!”

The hand-picked track-list is as follows: 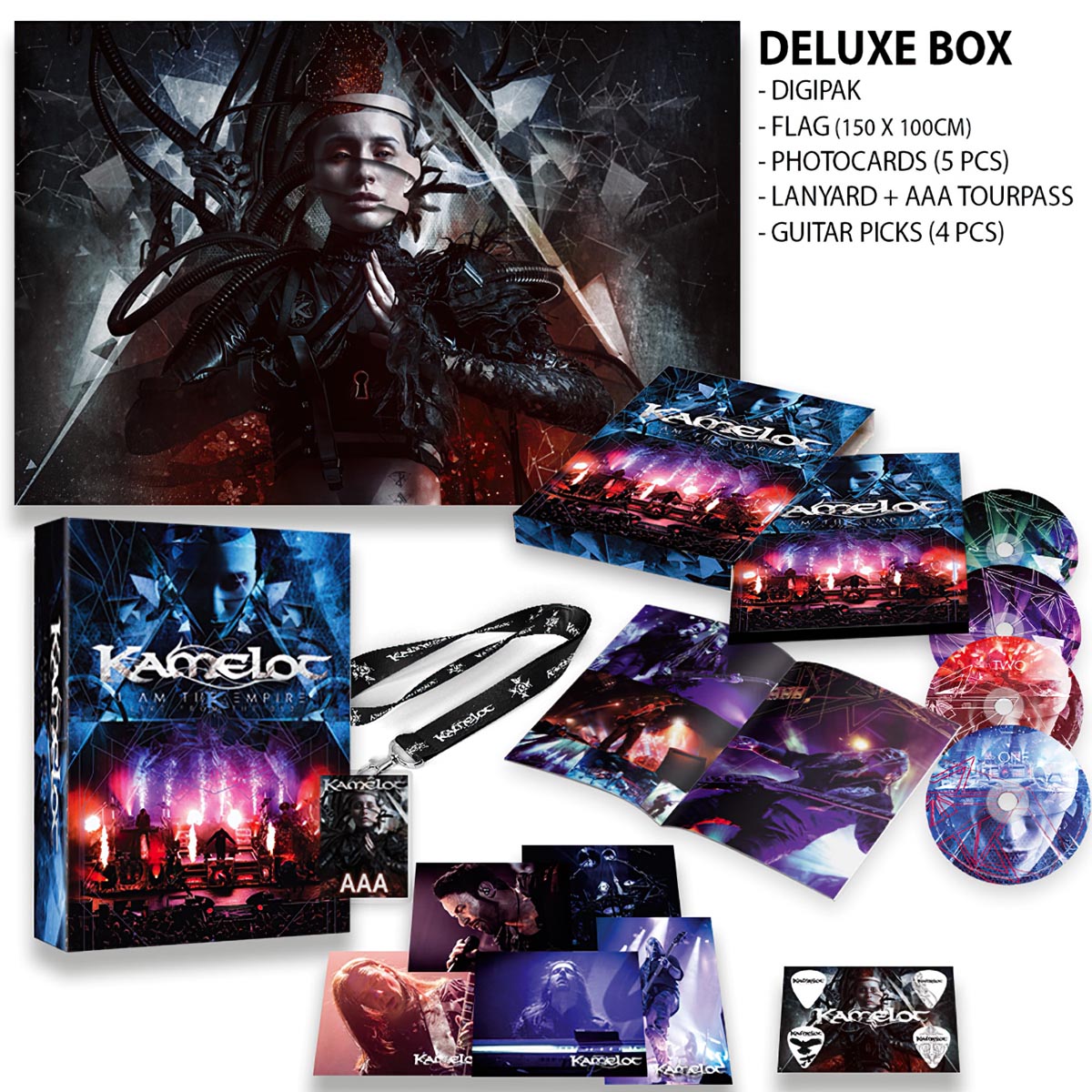 “I Am The Empire – Live From The 013” will be available in the following formats: