One of heavy metal’s all-time greats, JUDAS PRIEST will celebrate its 50th anniversary this year with a world tour coming to the U.S. in the fall. The “50 Heavy Metal Years Tour” will also feature SABATON as openers and is being fueled by the highest-charting album of PRIEST‘s career, “Firepower”, which peaked at No. 5 on the Billboard 200.

“JUDAS PRIEST are primed and ready to deliver the goods with our ’50 Heavy Metal Years’ anniversary celebration stage show spectacular,” the band said in a statement. “Performing a blistering cross section of songs from our lives in metal — we can’t wait to raise horns with you again at this once-in-a-metal-lifetime event.”

Few rock or metal acts remain as much of a must-see live attraction as JUDAS PRIEST. And the forthcoming “50 Heavy Metal Years Tour” will undoubtedly drive this point home. 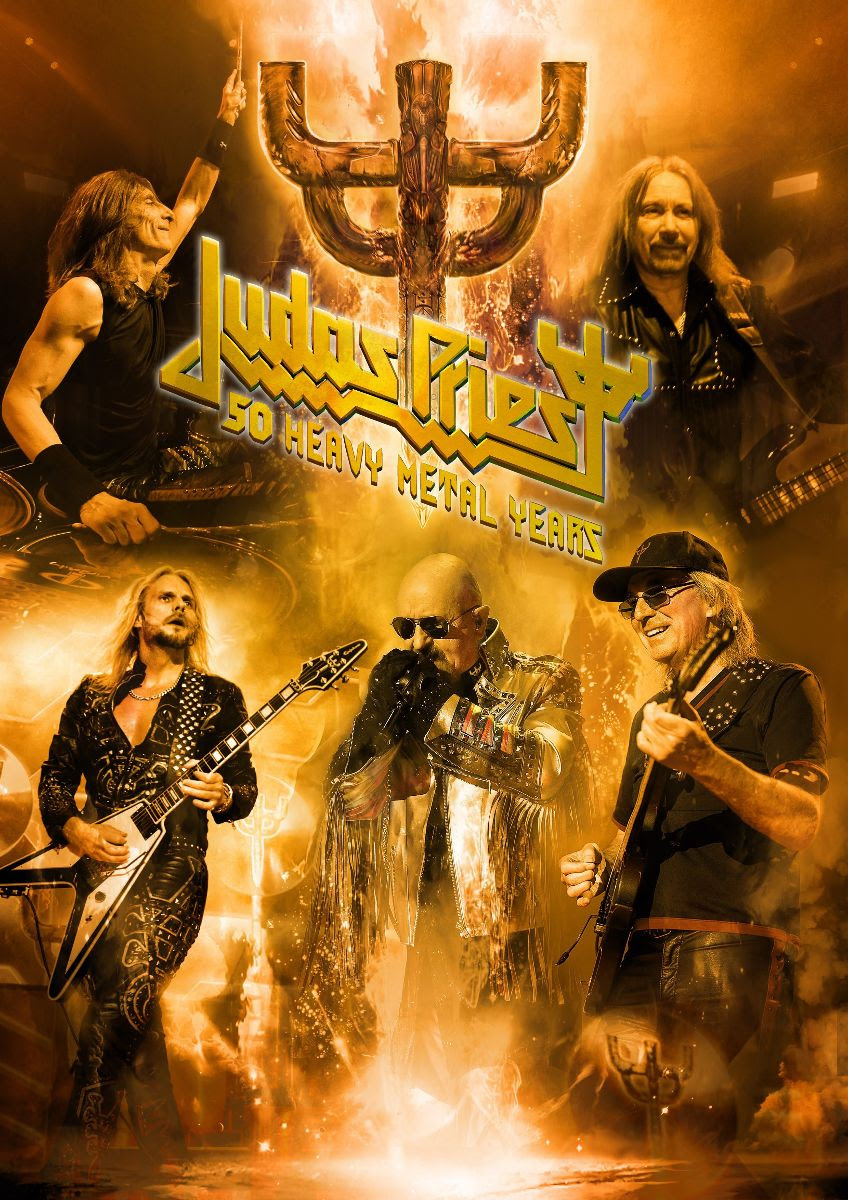 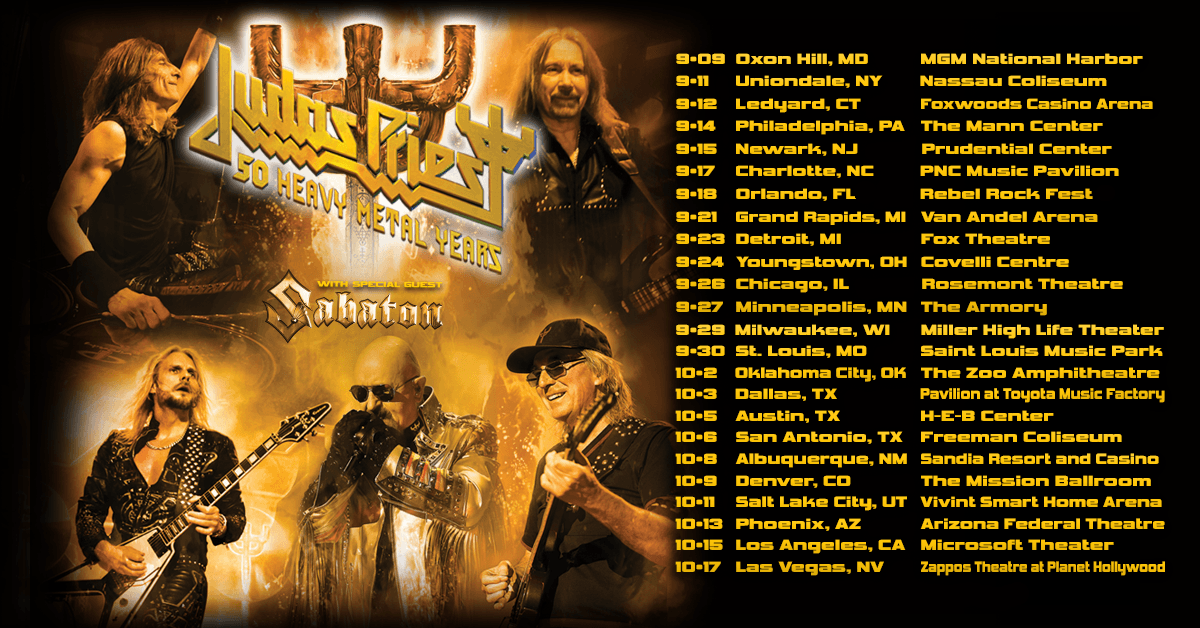 JUDAS PRIEST members Rob Halford, Glenn Tipton and Richie Faulkner recently commenced the official songwriting sessions for the band’s follow-up to “Firepower” album. Released in March 2018, “Firepower” was the second LP to feature the 40-year-old Faulkner, who was selected to fill the void left by founding guitarist K.K. Downing following his exit in 2011. “Firepower” was recorded by British producer Andy Sneap, the band’s longtime collaborator Tom Allom and engineer Mike Exeter (BLACK SABBATH). The cover artwork for “Firepower” was created by the Chilean/Italian artist Claudio Bergamin.

“Firepower” entered the Billboard 200 chart at position No. 5, making it PRIEST‘s highest-charting album ever. The album moved 49,000 equivalent album units in first week of release. Of that sum, 48,000 were in traditional album sales, just shy of the 54,000 copies sold by “Angel Of Retribution” in that album’s first week. The “Firepower” chart position was bolstered by sales generated from a concert ticket/album sale redemption offer in association with the band’s spring 2018 North American tour.

Across the pond, “Firepower” landed at position No. 5 on the U.K. album chart. It marked the band’s highest ranking, and first time in the Top 10, since “British Steel” reached No. 4 in 1980. Elsewhere, “Firepower” also became PRIEST‘s first-ever No. 1 in Sweden.