Former GREAT WHITE and current JACK RUSSELL’S GREAT WHITE front-man Jack Russell will release a very special acoustic album revisiting GREAT WHITE‘s 1987 multi-platinum masterpiece “Once Bitten” featuring some of their biggest and most recognizable hits, including “Save Your Love” and “Rock Me”. Aided by the likes of guitarist Robby Lochner (who also produced and mixed the album), longtime GREAT WHITE bassist Tony Montana (now on guitar), bassist Dan McNay and drummer Dicki Fliszer, these songs have been stripped to their emotional core, spotlighting the intensely passionate story at the heart of each song. Just check out the new version of the unforgettable ballad “Save Your Love”, which has been shorn of all rockstar pomp to reveal a heartfelt hymn yearning, love and loss. Watch the new video below, directed by Vicente Cordero of Industrialism Films (QUEENSRŸCHE, TOM KEIFER), which communicates the song’s message powerfully.

Russell explains: “‘Once Bitten’ is one of my favorite albums that we did. I always wondered what it would sound like done acoustically. The experience recording this unplugged version was really neat. It brought back a lot of memories of the original recording session, things I had forgotten about. Interestingly, the songs that I thought wouldn’t translate acoustically like ‘Livin’ On The Edge’ and ‘Never Change Heart’, the heavier songs, came out the best. Now, I’m looking forward to doing it again for ‘…Twice Shy’.”

“Once Bitten Acoustic Bytes” will be available everywhere starting May 1 on digital as well as CD and a limited-edition blue vinyl LP from Deadline Music, a division of Cleopatra Records, Inc. 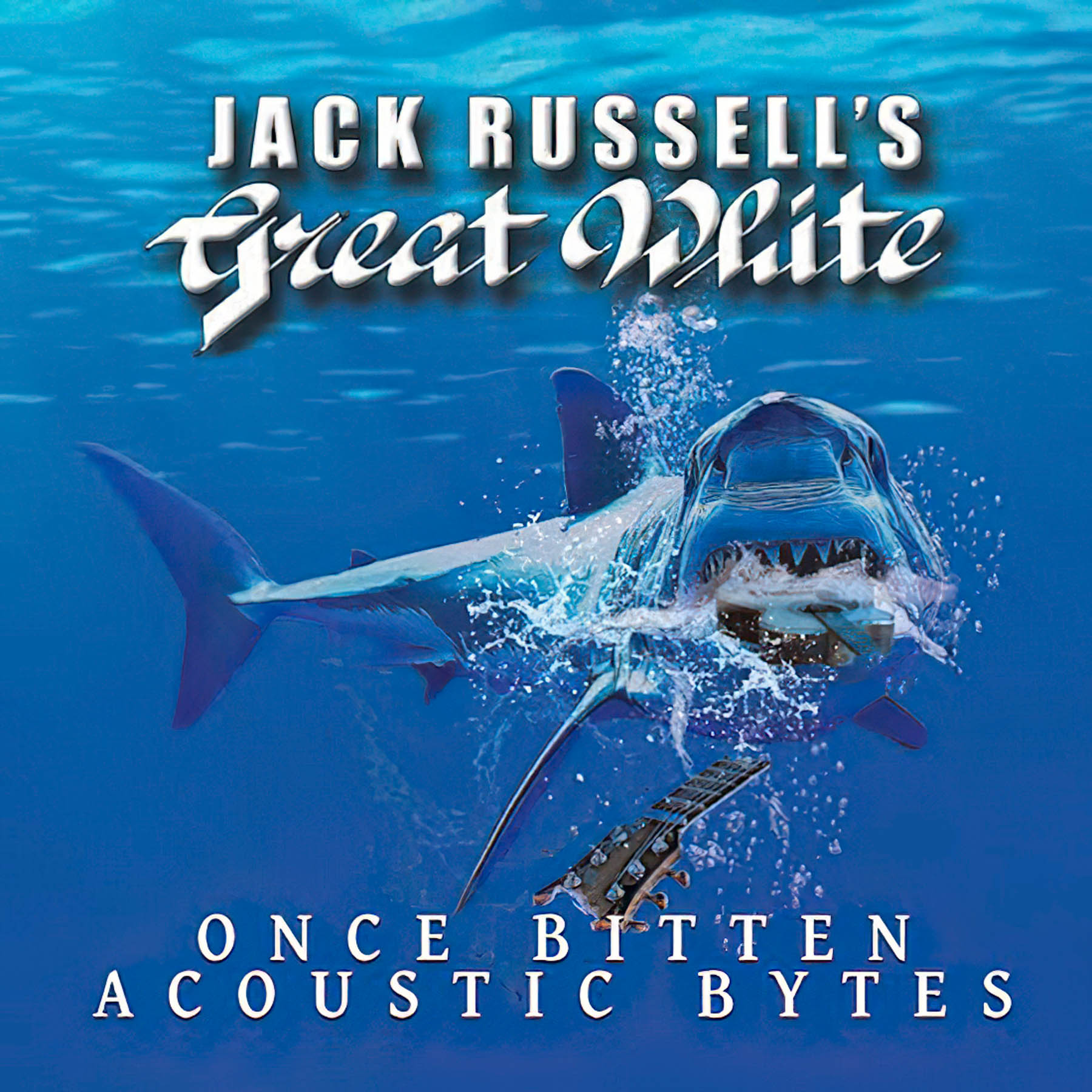 JACK RUSSELL’S GREAT WHITE‘s debut LP, “He Saw It Comin'”, was released in January 2017 and featured the singles “Blame It On The Night”, “Sign Of The Times” and “Love Don’t Live Here”.