Parlophone Records will continue its reissues series of the IRON MAIDEN catalog with the third set of digipak CD titles in The Studio Collection – Remastered, to be released on July 26.

Following on from 2014/2017’s black vinyl releases and 2015’s Mastered For iTunes project, The Studio Collection – Remastered features recordings taken from the same remasters as the 2015 hi-res digital releases. The albums supersede the previously available studio catalog and all titles will also be made available on streaming platforms.

As a bonus for collectors, one CD from each batch of releases will also be optionally available in a specially art-worked box featuring a 1:24 scale figurine and exclusive patch. In the July 26 batch, this will be Fear Of The Dark. All four albums in this set are available for pre-order now from at this location.

The first four albums in this collection were released in November 2018: “Iron Maiden”, “Killers”, “The Number Of The Beast” (standard/collectors) and Piece Of Mind.

The second four albums were released in March 2019: Powerslave, Somewhere In Time (standard/collectors), Seventh Son Of A Seventh Son and No Prayer For The Dying.

The fourth batch will come later this year: Dance Of Death, A Matter Of Life And Death (standard/collectors), The Final Frontier, The Book Of Souls *

* not remastered but appearing in digipak for the first time

IRON MAIDEN will continue its Legacy Of The Beast tour across North, South and Central America this summer, starting in Florida on July 18. It includes a headline performance at Rock In Rio, with all 90,000 tickets sold in less than two hours. 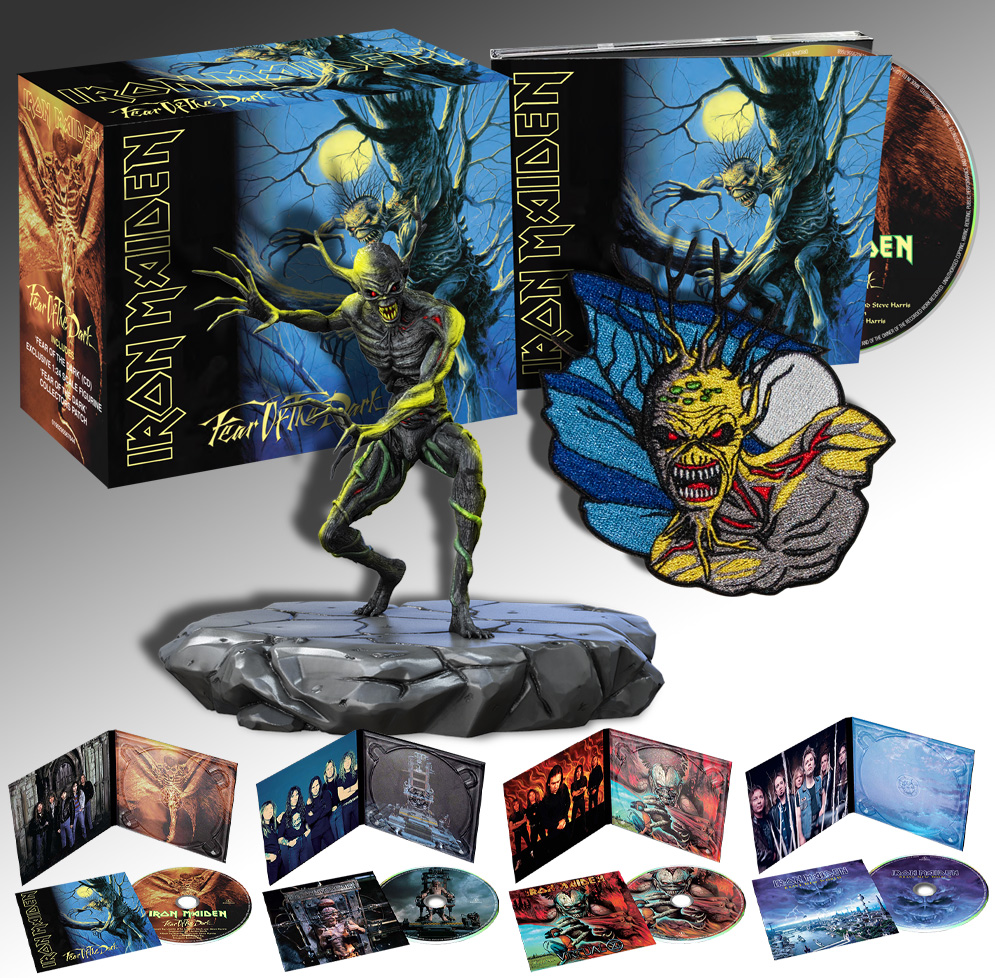