Denmark’s Iotunn has released their new full-length “Access All Worlds” via Metal Blade Records. For a preview of the record, a video for the album track, “The Weaver System” (produced by Costin Chioreanu – Twilight Medi), can be viewed below.

Iotunn comments: “‘Weaver’ has been in our creative loops for several years since back when Jesper came up with the very first clean guitar part. We always knew it would appear on our debut album. For us, it’s an album highlight on its own terms, and to this day, it still sounds fresh to us. With Jón‘s vocals and lyrics, the composition has found its home, and when Costin did his visual art and film, ‘Weaver’ got weaved into new spheres and perspectives. We are very proud of this collaboration and hope you’ll like what you see and hear!

Additionally, we are now ready to have the entire album released for takeoff. We present to you the whole voyage of ‘Access All Worlds‘ and encourage you to come with us and spend one focused hour listening to ‘Access All Worlds‘ from the first to the last note. We believe that we have created seven distinctive worlds constituting one world – one album, seven songs, for all of us who love listening to full albums!” 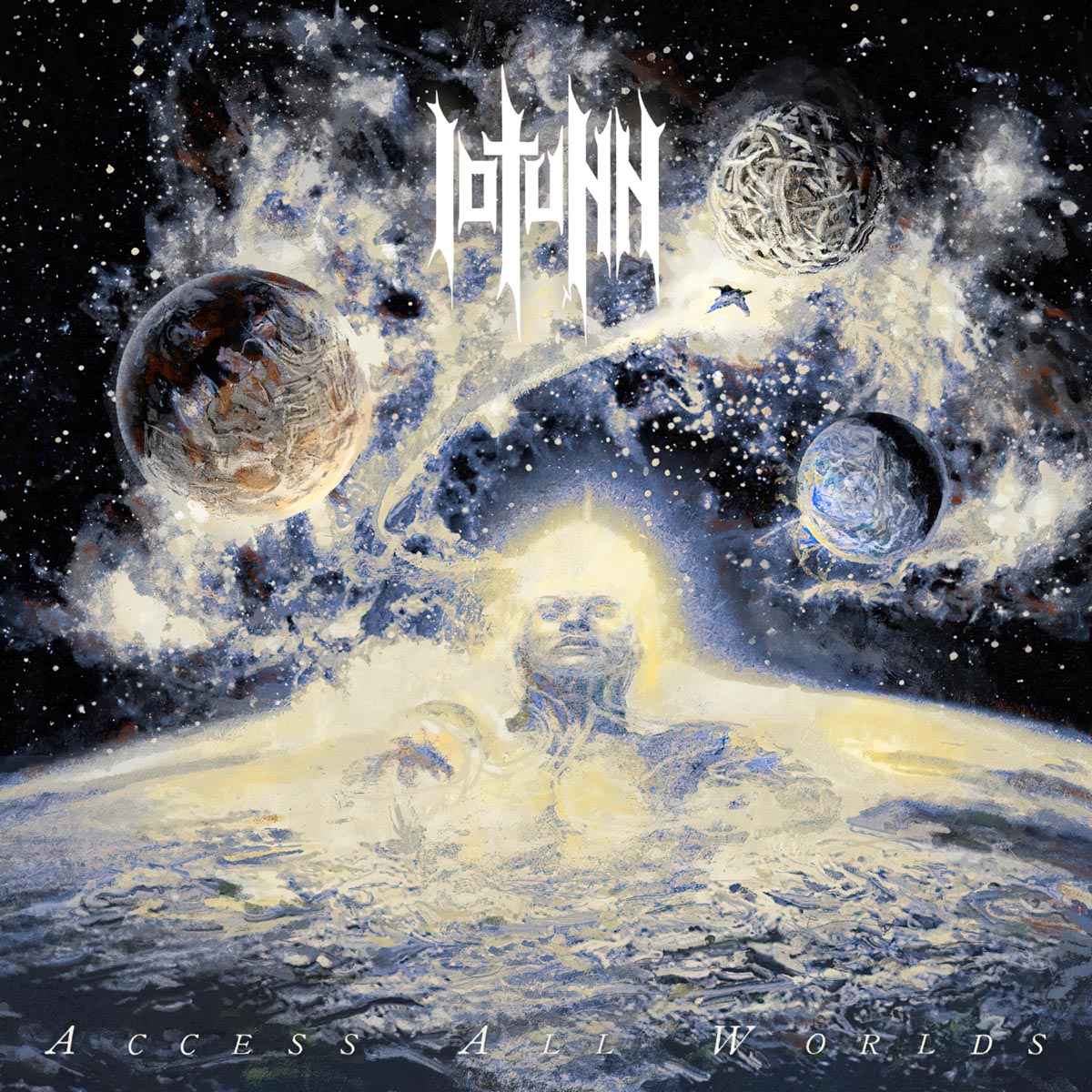 Purchase and stream Access All Worlds in full now at this location – where the album is available in the following formats:

Formed in 2015, Iotunn (which is old Norse for “Giant”) entered the scene with their acclaimed EP, “The Wizard Falls” (2016), which was mixed by Flemming Rasmussen (Metallica, Morbid Angel, Blind Guardian, Rainbow) at Sweet Silence Studios. After some line-up changes, the band found their voice and narrator in March 2018: Jón Aldará (Hamferd), plus bassist Eskil Rask (Sunless Dawn) in October 2019. The quintet – completed by Jens Nicolai Gräs (guitars), Jesper Gräs (guitars), Bjørn Wind Andersen (drums) – then began work on their first full-length and Metal Blade Records debut: “Access All Worlds.”

Mixed and mastered by Fredrik Nordström (In Flames, At the Gates, Dimmu Borgir) at Fredman Studios, “Access All Worlds” is seven songs driven by creative curiosity and artistic honesty, that also initiate feelings and reflections. An epic, cosmic and contemplative journey of energetic beauty and ferocity, “Access All Worlds” reflects on human existence, set in a storyline following daring space travelers. The music is grounded in roaring, colorful drumming and crushing bass, while the sonic horizon is painted with a vast spectrum of guitar-driven expression, all overarched by narration through diverse vocals. “We wanted to make an epic, strong and atmospheric yet rocking record both musically and lyrically. Jón came with the idea based on space travelers trying to find answers to the apocalypse, which reflects many of the impressions, feelings and thoughts human life holds that originates from something vast, mysterious, chaotic and breathtakingly spectacular. Everything just went berserk regarding the album theme. Is everything occurring in the lyrics just a dream? Is the album an allegory for any individual’s chapters in life? Where does the album actually start and end? Stuff like that. We find that the album can be interpreted in various ways. For us, the album is a truly exciting journey, and we hope it will be for the listener as well, on his or her own terms”, says guitarist Jens Nicolai. 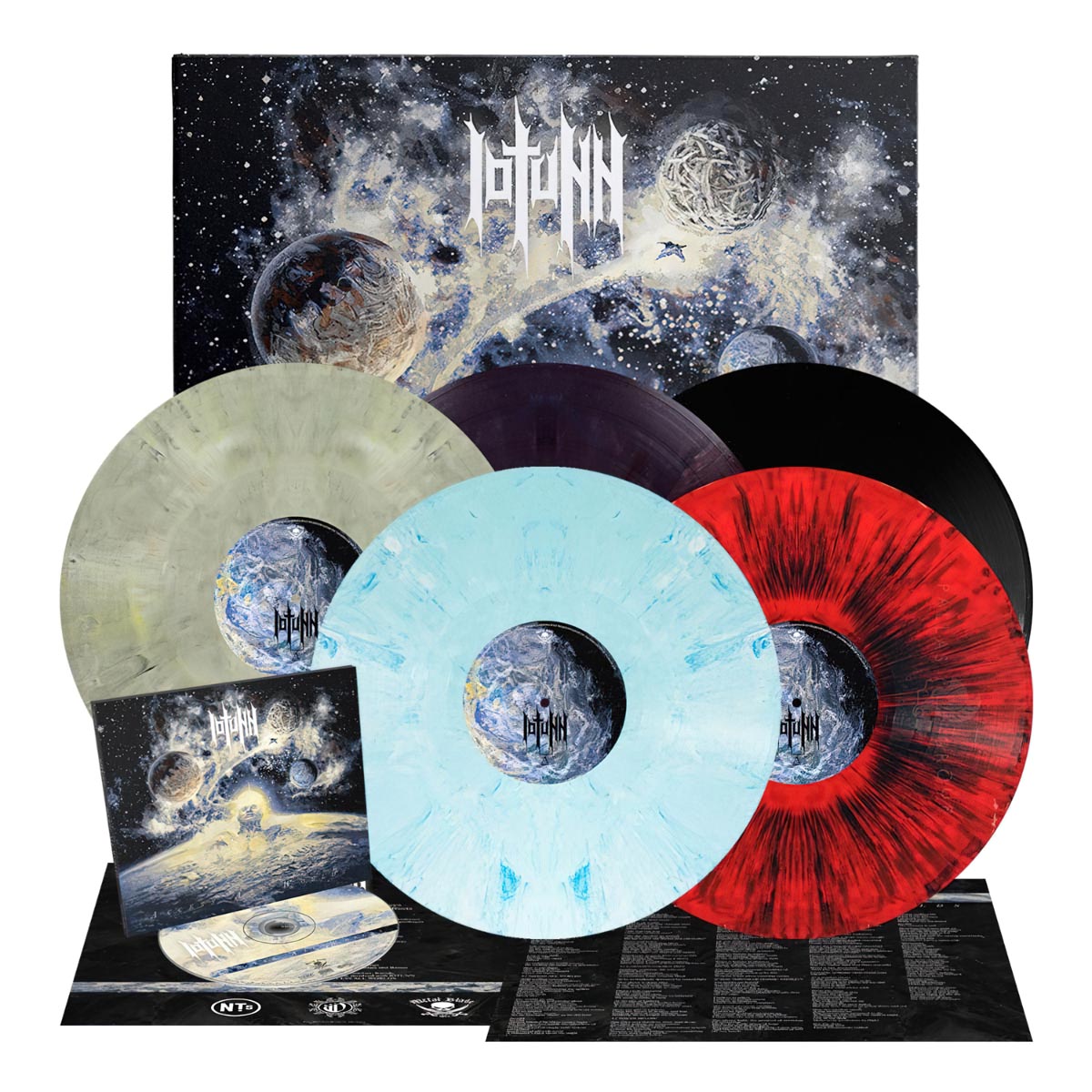