NYC-based metal group Infinite Spectrum, in post-production on their third studio album, takes an unexpected detour in order to create “The Cover Project” and give something back to music fans and communities struggling with the fallout of tumultuous times. Proceeds from downloads will be donated to MusicCares in order to financially assist musicians sidelined during the COVID-19 pandemic, and NAACP, an organization engaged in the unwavering pursuit of equality and justice.

After the music industry’s Black Out Tuesday, it becomes clear that the artist’s voice is more important than ever to concurrently communicate hope and a call for revolutionary change. In the spirit of unity and with the urgency that drives creative expression, Infinite Spectrum offers Queen’s timely anthem “The Show Must Go On.”  Watch the video for below.

All work was done during the COVID-19 lock down in New York, with recordings and video footage captured at band members’ homes. All tracks were co-produced and mixed by Grammy-Winning engineer Chris Theis (www.ticemix.com). Video was edited by Francisco Aliwalas (franfilm.com). 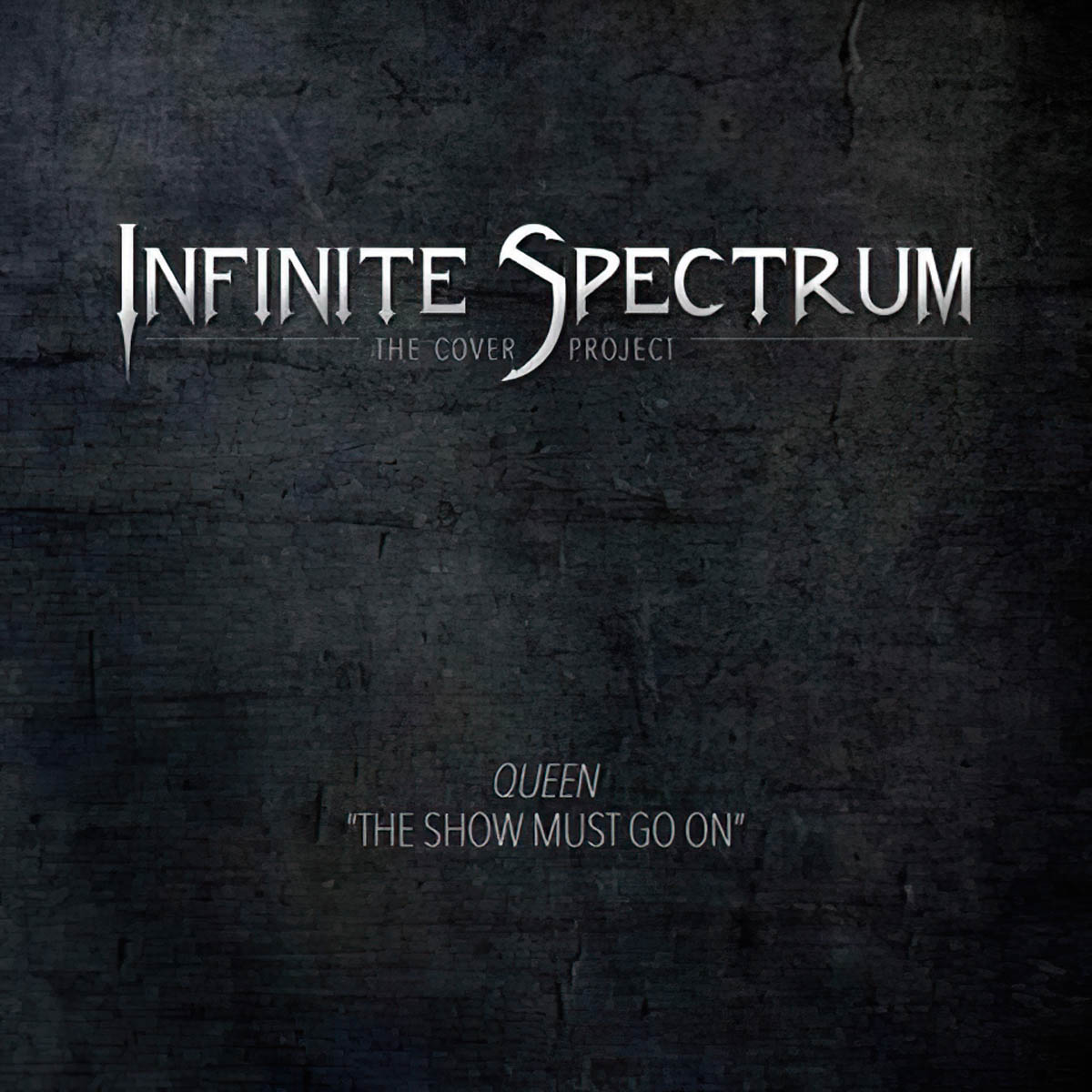 It’s a singular opportunity to present the group’s take on some classic songs, as well as introduce a few new players to the Infinite Spectrum family. In addition to original members Will Severin (vocals), Alex Repetti (bass), and Alex Raykin (guitar), “The Cover Project” also features “Alien” Lex Confurius (Shinobi Ninja) on keys and Matt Zappa (Protean Collective) on drums.

The band’s previous release, the critically acclaimed “Haunter of the Dark”, was supported by a U.S. tour with headliners Fates Warning. Spectrum’s vocalist Will Severin says, “We’re putting the finishing touches on our third release, which focuses on UFO’s and alien conspiracy theories. We’re looking to find the right home for the new release and hope to hit the road in 2021.”

Bass player Alex Repetti adds, “In the meantime, The Cover Project has been a chance to re-imagine some of our favorite songs and to share the joy that music can bring, especially during these trying times.” Additional singles from Infinite Spectrum‘s “The Cover Project” will be available to download/stream over the course of the next few weeks at most major outlets.

“The Cover Project” is dedicated to all artists who strive to create meaning from life’s events. Check out the band at www.infinitespectrum.net and/or download “The Show Mus Go On” cover from Amazon or Apple.