For over thirty years, death metal veterans INCANTATION has consistently remained one of the underground’s most influential and respected artists in the genre. This year the band will return to the musical scene with their new full-length album, “Sect Of Vile Divinities”, due on August 21 via Relapse Records.

True to form, “Sect Of Vile Divinities” sees the legendary band adhering to the ways of the old school, unleashing twisted, mangled, and utterly disgusting death metal once again. View the lyric video for “Propitiation” below.

A pitch-black mix of unrelenting death metal and imposing funeral doom, each track on “Sect Of Vile Divinities” is a dirge dedicated to different ancient evils across various cultures. At a point where the world’s most vile converge, tracks such as “Propitiation” see the band’s driving riffs and pummeling drums crush the very foundations of religious zealotry, while standouts such as “Entrails Of The Hag Queen” and “Fury’s Manifesto” champion no-frills death metal in its purest form. 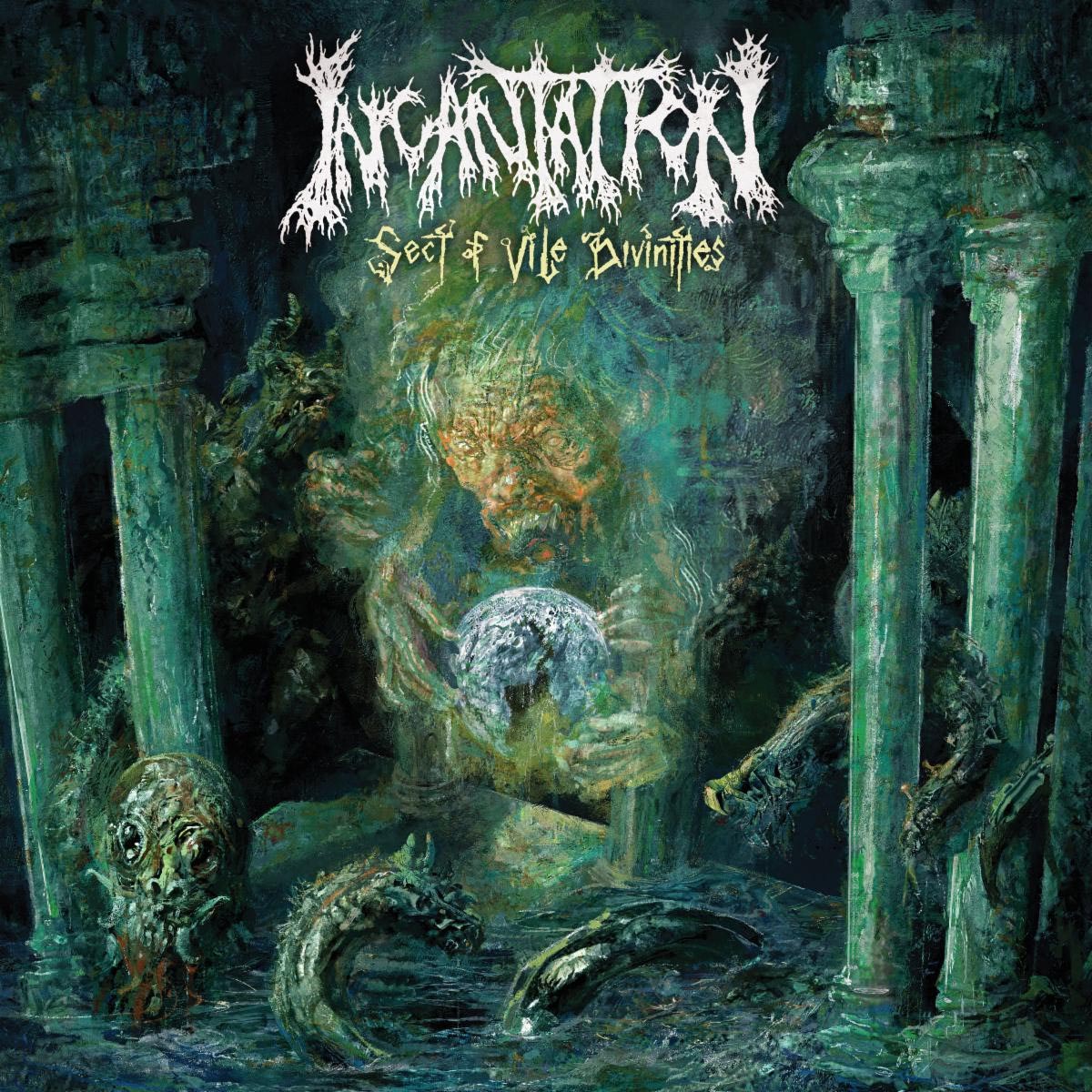 “Sect Of Vile Divinities” will be released on CD, LP, and digital formats. Physical pre-orders can be found here and digital downloads and streaming services at this location.

1. Ritual Impurity (Seven Of The Sky Is One)
2. Propitiation
3. Entrails Of The Hag Queen
4. Guardians From The Primeval
5. Black Fathom’s Fire
6. Ignis Fatuus
7. Chant Of Formless Dread
8. Shadow-Blade Masters Of Tempest And Maelstrom
9. Scribes Of The Stygian
10. Unborn Ambrosia
11. Fury’s Manifesto
12. Siege Hive