Horror-themed metalcore icons ICE NINE KILLS have released “Undead & Unplugged Live From The Overlook Hotel”, a five-track acoustic EP recorded at their very special fan event in association with Colorado’s 107.9 KBPI at the Stanley Hotel, more famously known as the Overlook Hotel from classic horror movie “The Shining”. For a taste of what to expect from “Undead & Unplugged Live From The Overlook Hotel”, ICE NINE KILLS has released the video for the stripped down version of “Enjoy Your Slay”, which was inspired by “The Shining” and shot at the event.

Speaking about the release of “Undead & Unplugged From The Overlook Hotel”, front-man and creative force behind ICE NINE KILLS, Spencer Charnas says: “We decided to release this EP now to celebrate the 40th anniversary of ‘The Shining’, one of the most influential horror movies of all time. As a life-long horror fan, I was thrilled when we were able to enlist the help of Stanley Kubrick‘s grandson Sam to provide guest vocals on the original version of our track, ‘Enjoy Your Slay’, and we were equally thrilled when the Stanley Hotel invited us to play in their infamous ballroom for this special, intimate, sold-out fan event. The biggest highlight for me was getting to see the real Room 237 (217 in the book), the setting for one of the most terrifying scenes in ‘The Shining’. We got some intel from an employee who told us that whilst shooting ‘Dumb And Dumber’, which also features the Stanley Hotel, Jim Carey had insisted on staying in room 217 but got so freaked out on the first night, he had leave the room.

“We’d like to thank 107.9 KBPI for helping to make this show a possibility and all the Colorado Psychos that came out to make this intimate, unplugged show so special.”

Amid a successful run on 2019’s “SiriusXM Octane Accelerator Tour”, ICE NINE KILLS stopped at the Stanley Hotel to play a set for small group of fans in Colorado. The hotel was immortalized as the Overlook Hotel in the 1980 horror classic “The Shining”, directed by Stanley Kubrick based on the novel by Stephen King written after he stayed there as a guest. For the very special fan event, the band transformed several songs into acoustic sing-alongs, including rock radio favorites “A Grave Mistake”, “Savages” and “The Shining”-inspired “Enjoy Your Slay”. The “Undead & Unplugged Live From The Overlook Hotel” EP is a live recording of this intimate acoustic show. 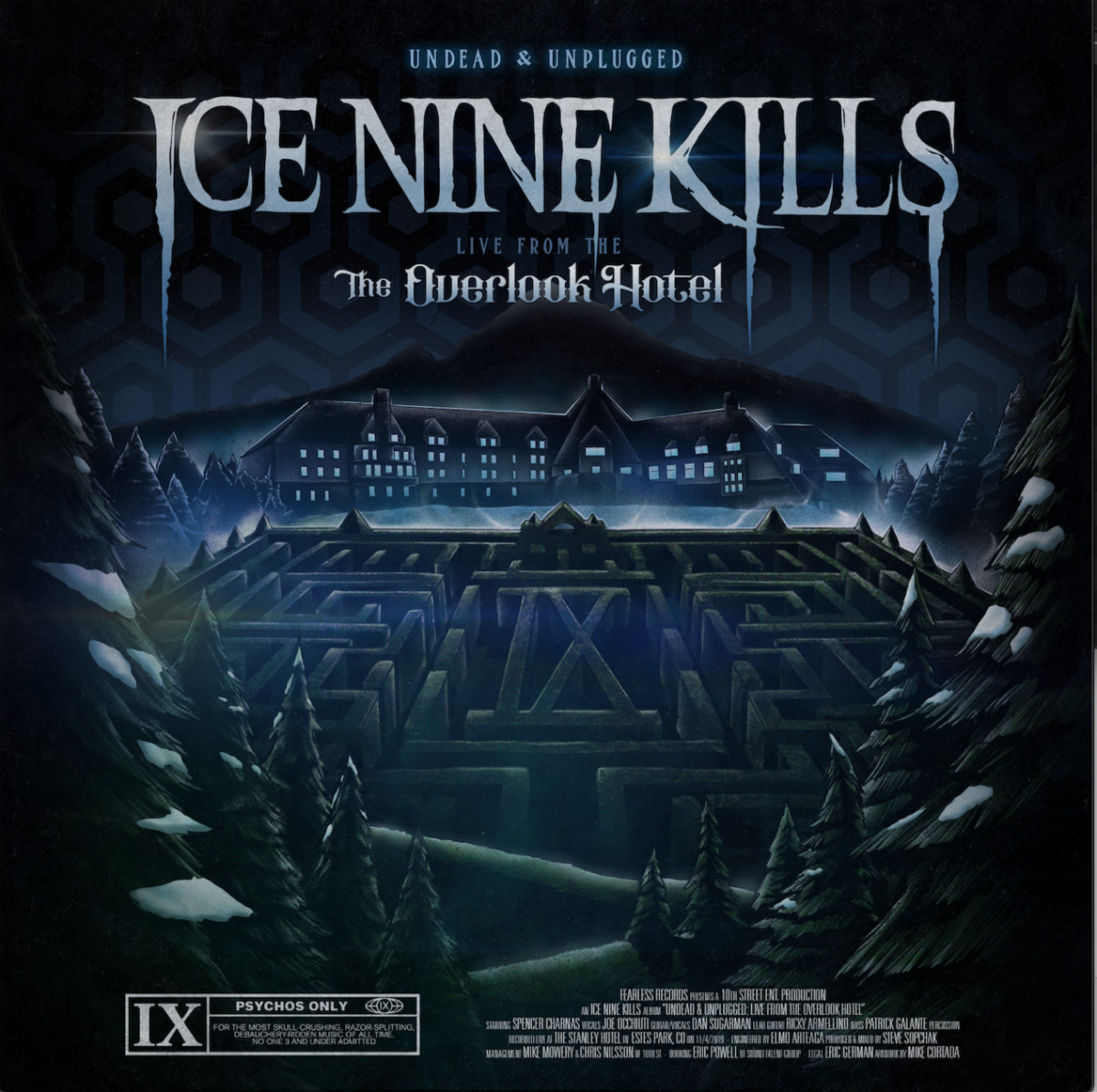 To celebrate the release, ICE NINE KILLS will be doing a live stream question-and-answer session on Saturday, June 27 on Soundrink Live. The event will be hosted by Beez and will start at 5:30 p.m. PST / 8:30 p.m. EST. Fans can join the live stream by clicking here.

The band will also be launching an Enjoy Your Slay Vocal/Guitar Cover Contest on Monday, June 29th. Fans can submit videos of themselves playing or singing their cover of the “Undead & Unplugged Live From The Overlook Hotel” version of “Enjoy Your Slay” and one winner will be pulled from each category whom will both win a custom Ice Nine Kills Horror Axe, just like the one used by Jack Nicholson in “The Shining”. Full information on how to enter along with, lyrics, guitar tabs and a thorough play-through tutorial from INK guitarist, Dan Sugarman, can be found here.