Los Angeles party legends HOLLYWOOD UNDEAD have announced the “Hollywood Undead House Party” — a wild, no-holds-barred virtual global party event on December 18, featuring classic UNDEAD hits and new never-before-seen favorites from their forthcoming album “New Empire Vol. 2”, and maybe even some very special party-crashing guests. The event, produced in partnership with Danny Wimmer Presents, is now on sale with a variety of party-themed packages ranging from standard tickets to merch and party packs, as well as a limited amount of virtual meet-and-greet packages.

Gather your best buds and let the good times roll by getting tickets from www.HollywoodUndeadLive.com. Early bird prices start at $12.99 (valid now through Cyber Monday, November 30 only) and increase at 12:01 am on Tuesday, December 1.

Speaking on the house party to end all house parties, HOLLYWOOD UNDEAD‘s Johnny 3 Tears says: “While we can’t get everyone together in a venue to party, we wanted to do the next best thing and host a night they’ll never forget — but won’t remember the next day.”

For fans wishing to take the party to the next level, HOLLYWOOD UNDEAD are offering a variety of suitably awesome merch bundles:

As the second installment of the critically acclaimed “New Empire” two-part opus, “New Empire Vol. 2” was produced by Matt Good (ASKING ALEXANDRIA, SLEEPING WITH SIRENS) and will be released on Friday, December 4 via BMG/Dove & Grenade. HOLLYWOOD UNDEAD recently released tracks from the forthcoming album such as the genre-bending hit “Idol” featuring preeminent rapper Tech N9ne and the star-studded track “Heart Of A Champion”, featuring Jacoby Shaddix of PAPA ROACH and Spencer Charnas of ICE NINE KILLS, which has already garnered nearly 5 million global streams and 1.5 million views on YouTube.

“New Empire Vol. 1” was released in February of this year to enthusiastic acclaim. The band hit the road for a mammoth European tour with PAPA ROACH and ICE NINE KILLS in support of “Vol. 1” but it was unfortunately cut short when the COVID-19 pandemic hit. 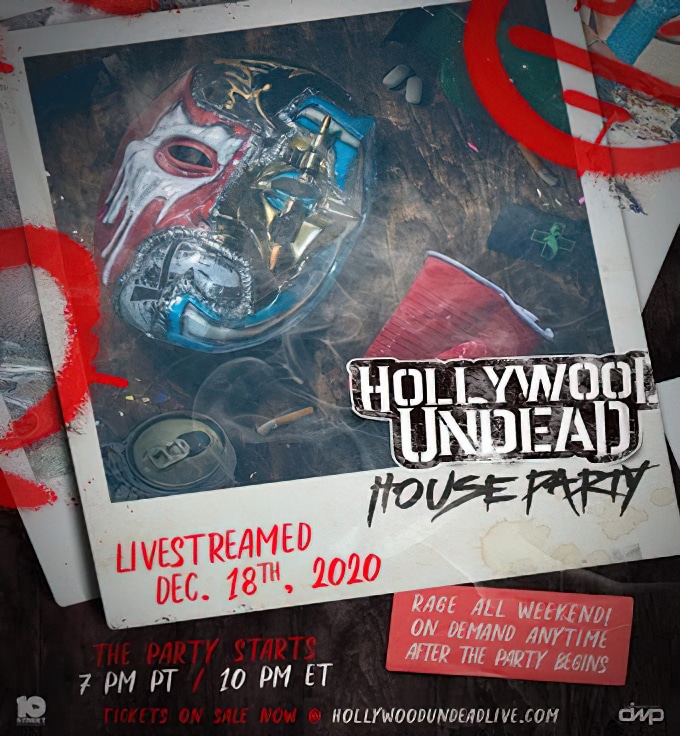