“Hell to Pay” was born out of exhaustion and being driven all at the same time. The grind of the never-ending road and praying we reached the end before our end. We’ve all felt like that demon called time is not far behind trying to grab us before we are ready. But mostly it’s a great song to crank up the volume and get a speeding ticket to.” – Hillybilly Vegas 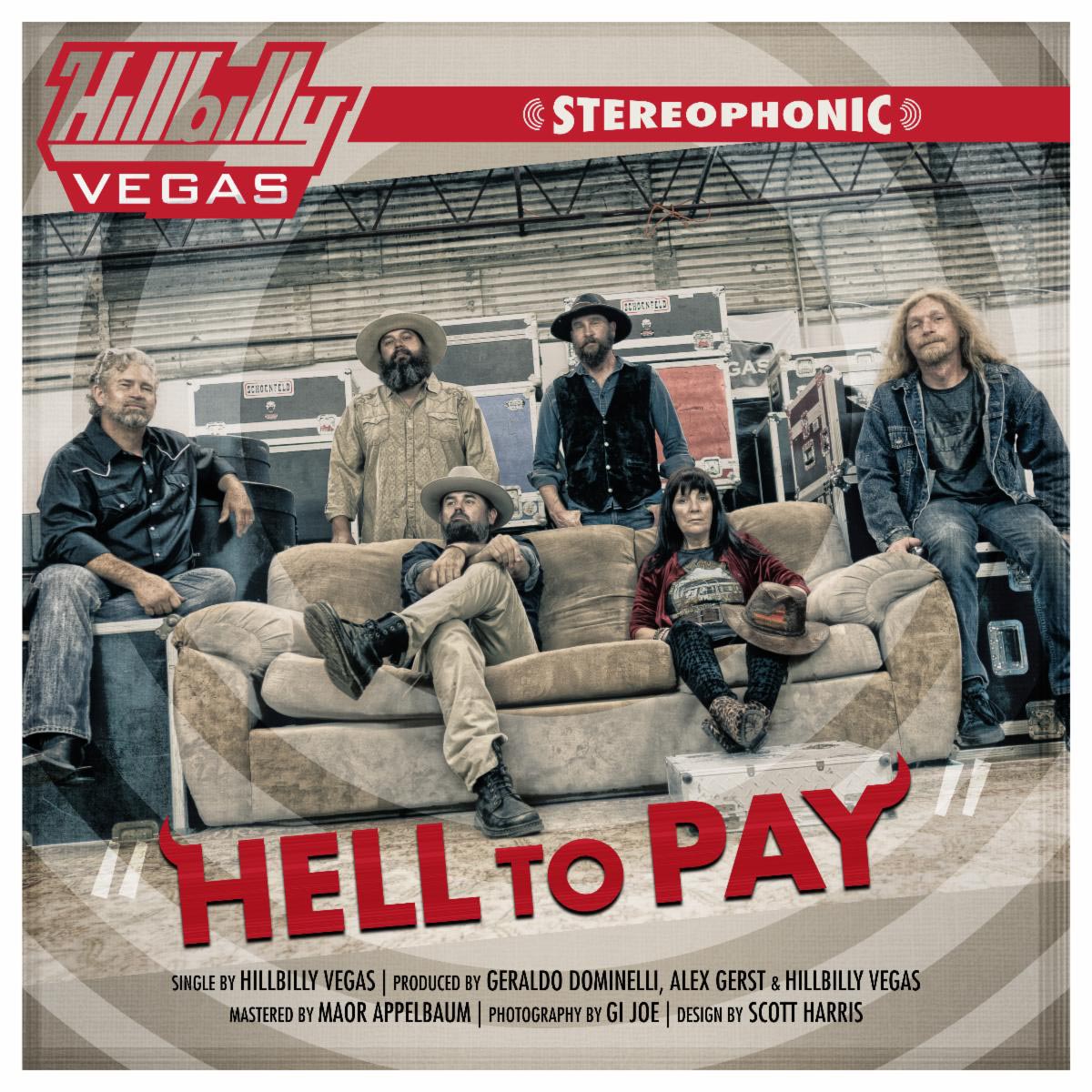 It was a mutual love for the great rock and southern rock bands that brought Hillbilly Vegas together. When they began writing and recording their own music, the only goal was to pay tribute to those who came before them. Since 2011, the band has charted five singles in the United States and two singles internationally. They’ve toured the US and Canada several times. Hillbilly Vegas have supported greats like Blake Shelton, Alabama, Travis Tritt, A Thousand Horses, Lee Brice, Granger Smith, Hell Yeah, Insane Clown Posse (yep, them too) and dozens more. The band has played NASCAR events, music festivals, and every major bike rally in America. Every show, every city, and every stage is a dream come true. All they ever wanted to do was be like their heroes on FM radio.