German True Metal ensemble HAMMER KING have released the official video for “The King is a Deadly Machine,” the first single from forthcoming album Poseidon Will Carry Us Home. Pay tribute to the King by watching the video below. 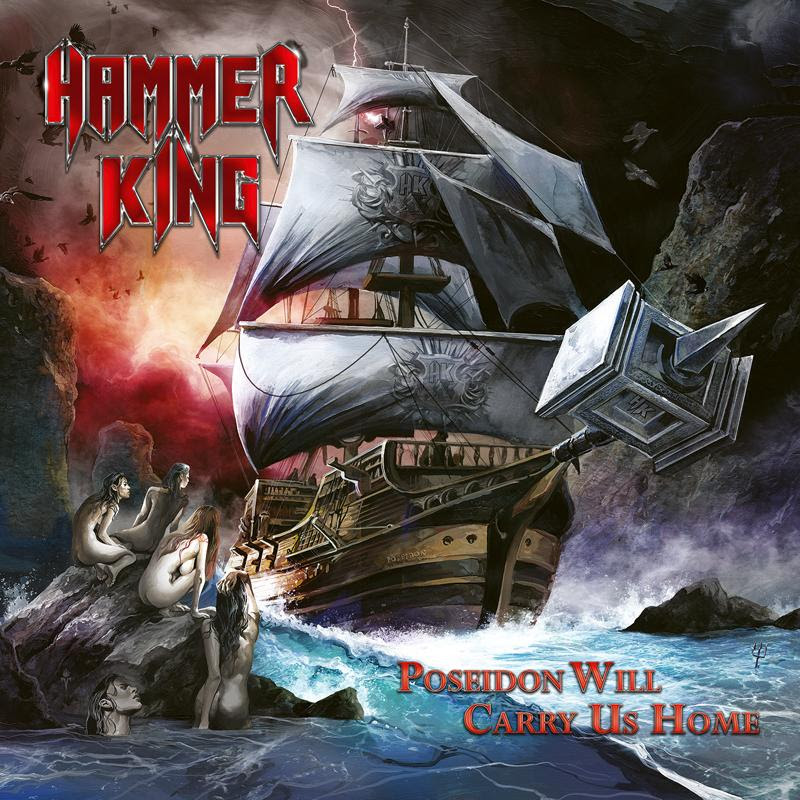 Variety abounds on Poseidon Will Carry Us Home, with HAMMER KING engaging in strident, call-to-arms jaunts like the opening title track and “Battle Of Wars”. Twin guitar harmonies and fierce gallops highlight “7 Days And 7 Kings” and “Where The Hammer Hangs”, while the true metal call is heeded on the mid-tempo “Warriors Of Angelhill” and “Glorious Nights Of Glory.” HAMMER KING‘s progression is best exemplified on album standout “We Sail Cape Horn,” an adventurous, sea-faring number that is equal nods to classic IRON MAIDEN and progressive rock.

An album stocked with future anthems at every corner, Poseidon Will Carry Us Home is representative of a band now hitting its creative stride – and fully realizing it.