British prog-metal heroes HAKEN have announced the release of their first ever live album, titled L-1VE  scheduled for June 22nd, 2018. Following the release of the bands much-acclaimed fourth studio album Affinity they embarked upon their 10th anniversary tour across Europe & North America. Recorded and filmed on April 13th, 2017, at the legendary Melkweg venue on the Amsterdam stop of that tour, this represents the band’s first ever live document with tracks from across the bands discography.

“The release of official live material is a project that is long overdue and we know our existing fans have been crying out for this for some time now. Whilst we have filmed and recorded many shows in the past we have always felt there were elements of our shows that could be improved ‘visually’ before we documented and immortalised this for the world to see and that the timing for a live release  never felt right for us. This is just our nature as creative people to be so extremely self-critical and constantly strive for perfection. It is largely due to the will of the people that the idea of this project became a reality. Both the band and the label were inundated with emails requesting a live release in some shape or form, and it was actually rather flattering, so giving the people what they wanted just felt like the right thing to do.”

L-1VE will be released as a 2CD/2DVD Digipak package & as digital download. The DVD will include 4 bonus tracks filmed at ProgPower USA 2016 that also includes Mike Portnoy’s cameo appearance on gong, as well as all of the official videos from the Affinity album. The main show and the bonus material on the DVD are also mixed in 5.1 surround sound. You can find the full track-listing below and pre-order the album here. 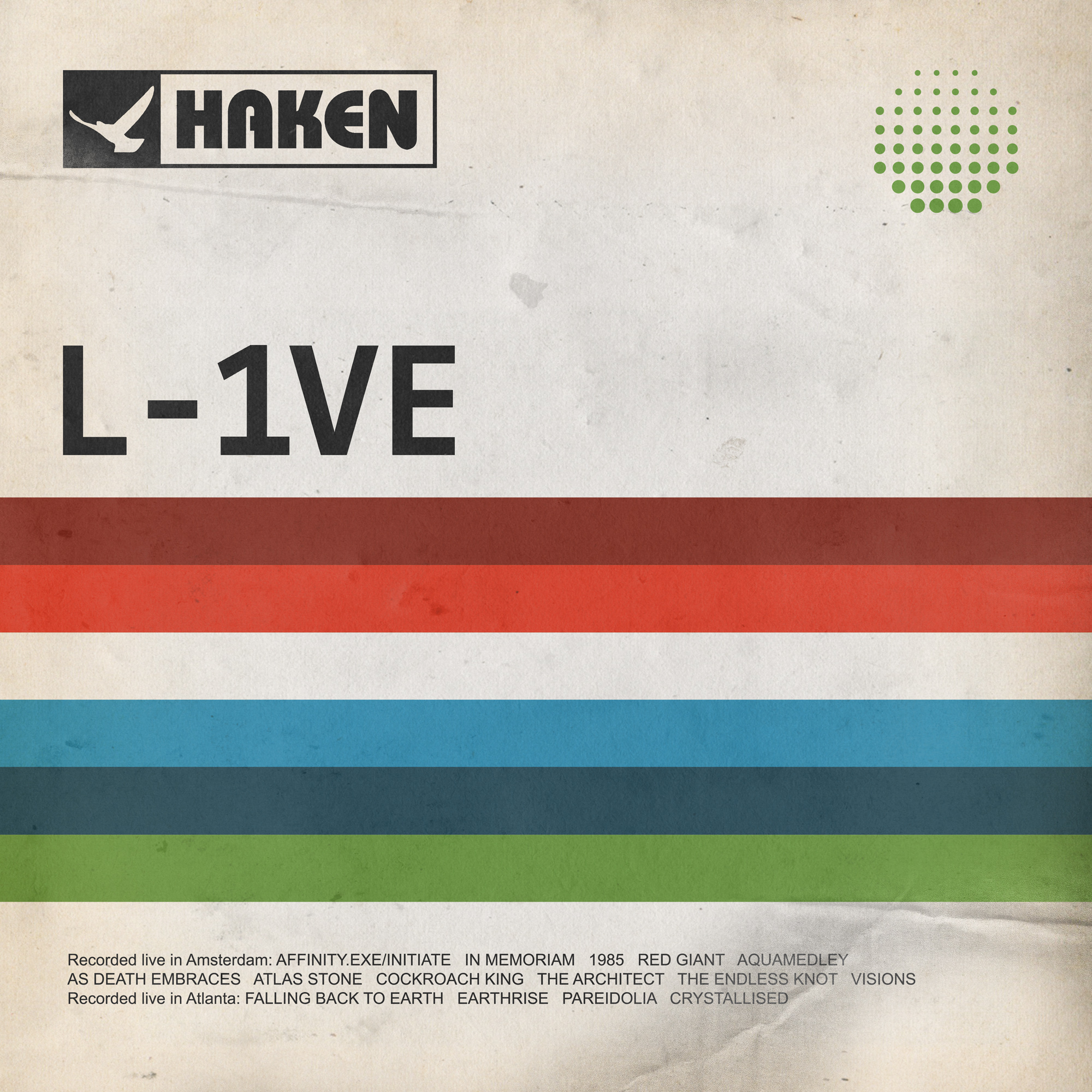 Artwork was once again produced by long-time collaborators Blacklake, who continued the love of 80’s culture that they demonstrated on artwork for Affinity. The live audio was mixed by Neal Morse & Winery Dogs alumni Jerry Guidroz.

The band have also revealed they have started work on their fifth studio album. They comment: “We’re currently getting our teeth stuck into the writing process for Album 5 and great ideas are forming and evolving as we speak. It’s still early days but there is a sense among us that Haken may take a darker path with this one. However, the playing field is still wide open and the direction this record takes could alter at any point. One thing is certain: We will endeavour to stick to our mandate of strong melodies and Killer riffs! ”