It has been thirty of your Earth “years” since your Lords and Masters GWAR released what many consider to be the band’s career-defining album “Scumdogs Of The Universe”. In celebration of this momentous occasion, GWAR is pleased as piss to unveil 30th-anniversary versions of “Scumdogs Of The Universe”. The album will be available on CD, double LP, cassette and digital and is available for pre-order here. The limited-edition box sets are nearly sold out and the last few are available exclusively at www.gwar.net.

In more GWAR news, the band has teamed up with Creature Skateboards for a limited-edition of GWAR skate decks. Only Creature can facilitate 30 years of GWAR on a skateboard. Well, actually it takes four boards ranging from 8.25 inches to 9 inches wide to celebrate that many years of gore-drenched filth and torment of the human race. Creature is proud to offer these GWAR decks (with graphics provided by the band themselves!) to you special maggots that just can’t get enough vomit and secretion from the legendary group of space pirates! Act quick, ’cause these vile sticks are already marching out the door. These decks will be available at your local skate shop and online here. 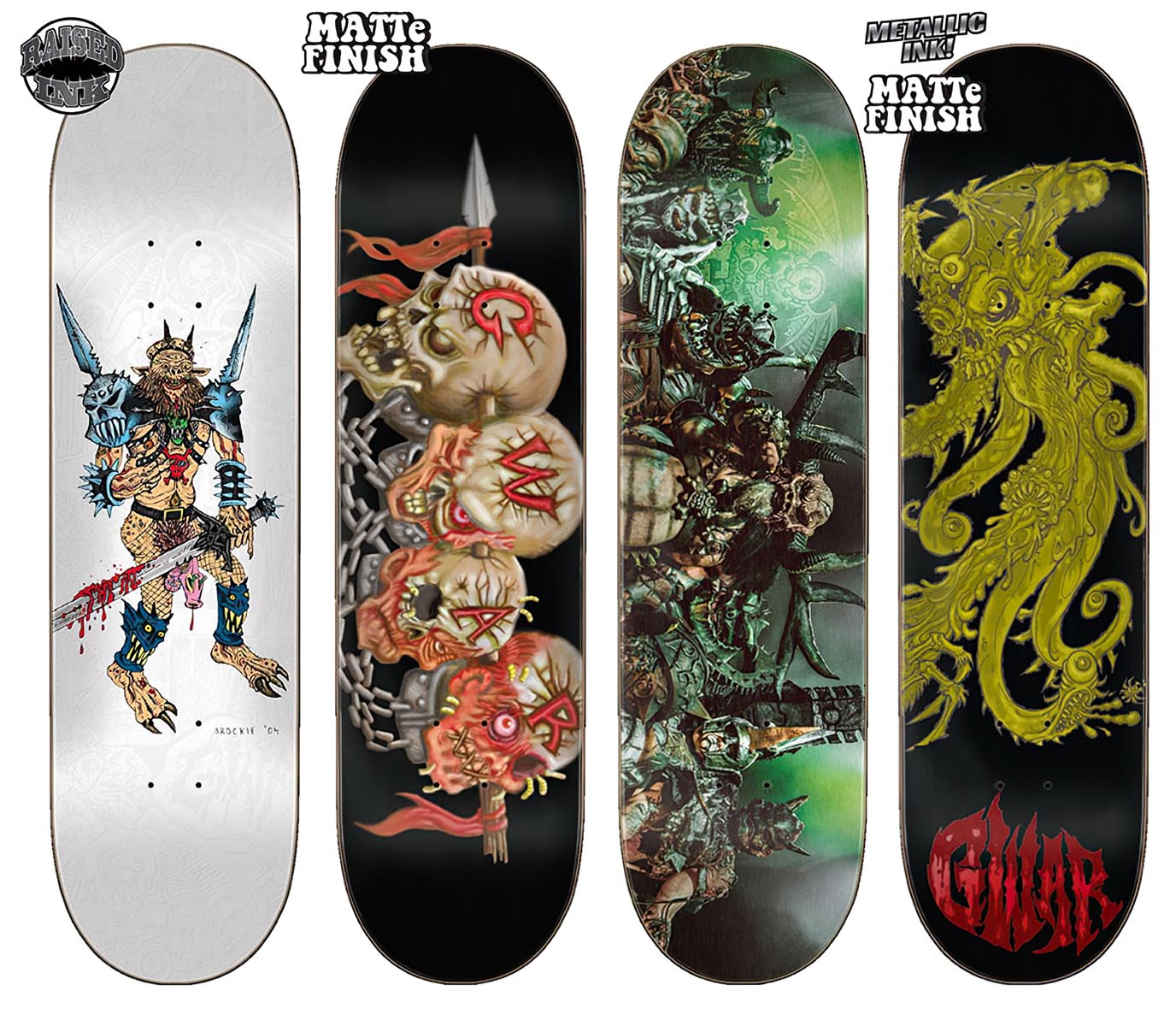 Since GWAR‘s formation in 1984, the band has released fourteen studio albums, two live albums, numerous music videos and have sold over 800,000 records in the United States alone. Known for its outrageous violence and sexual humor often incorporating social and political satire, GWAR has attracted acclaim and controversy for both their music and live performances.

The story of GWAR begins in the deepest reaches of outer space. Long ago, the beings who would become the infamous shock rock band GWAR were part of an elite fighting force, the Scumdogs of the Universe. For eons, they served as thralls to a supreme being known only as the Master. But one by one, each member of the band earned a glaring reputation for being an intergalactic fuck-up. And so, they were banished, sent away on a fool’s errand to conquer an insignificant shit ball floating in a dark corner of the universe; the planet Earth. Once here, GWAR shaped the face of the globe, destroying and rebuilding the natural world, and giving rise to all of human history before settling into their role as the most outrageous rock band in history. Aliens to some, gods and demons to others, GWAR is eternal.