Norwegian heavy metal/power metal band, GUARDIANS OF TIME, have released a new lyric video for ‘Drawn In Blood‘, the track is taken of their fifth album Tearing Up The World, which was released on October 19th, 2018 via ROAR! Rock Of Angles Records. The video can be viewed below.

GUARDIANS OF TIME is considered as one of the leading heavy/power metal bands in Norway, with members holding experience from other bands such as Trail Of Tears, Susperia and Harm. Focusing on in-your-face heavy metal and live performances filled with power and energy, the band is always keen on giving their audience what they want; a heavy metal party! In the recent years they have toured Europe six times, supporting bands like Sabaton, Sepultura and Fear Factory. GUARDIANS OF TIME have played in Serbia, Spain, Hungary, Croatia, Belarus, Russia, Slovakia, Czech Republic, Slovenia and Romania.

“Tearing Up The World” featuring guest performances of Abbath and Tim ”Ripper” Owens. The album was mixed and mastered in cooperation with Studio Fredman (Dimmu Borgir, Hammerfall, In Flames, Opeth, Soilwork). The artwork and layout was designed by Carlos Cabrera. 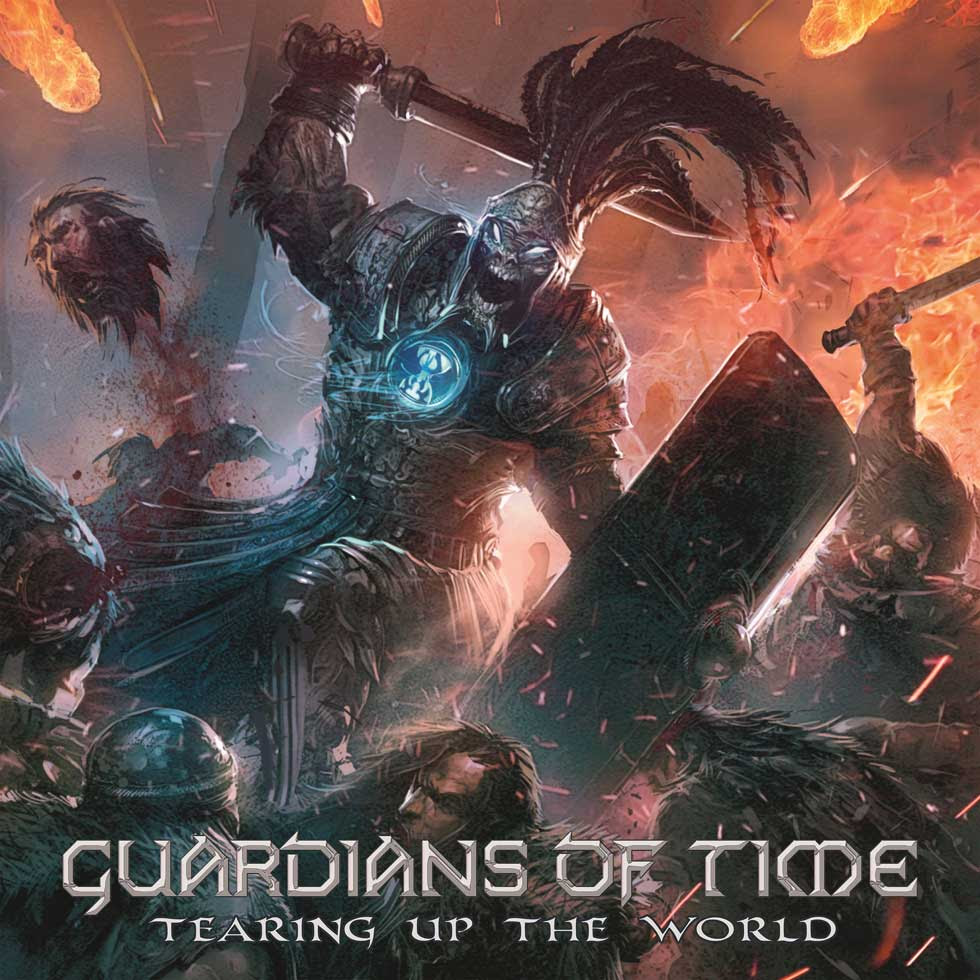 “Tearing Up The World” Album Artwork

“Tearing Up The World” tracklist:

GUARDIANS OF TIME is: