Glenn Hughes, the Voice of Rock, played his last concert with Deep Purple on March 15, 1976, at Liverpool’s Empire Theatre. On that night, the UK bassist and vocalist walked away from one of history’s truly game-changing rock phenomena and never looked back — until now. Glenn, a Rock And Roll Hall Of Fame inductee, and the current frontman for rock super group BLACK COUNTRY COMMUNION, has announced that he will perform DEEP PURPLE-only material with his “Classic Deep Purple Live” nationwide U.S. tour in August-September 2018. Besides Glenn on lead vocals and bass guitar, the touring band also features Søren Andersen (guitar), Jesper Bo Hansen (keyboards) and Fer Escobedo (drums).

Witness one of rock’s greatest singers front a mighty handpicked band performing some of Deep Purple‘s all-time greatest songs with epic rock concert production. The tour promises to be dynamic, a turn-back-the-clocks, two-hour live extravaganza homage to his tenure in MK 3 and MK 4 incarnations of DEEP PURPLE — one of music history’s most seminal and influential rock and roll groups.

Comments Hughes: “I’m excited to be touring the ‘Classic Deep Purple Live’ in the U.S. late this summer. I first toured ‘Classic Deep Purple Live’ in Australia and New Zealand last year and it went down like a storm. We’re also touring the show throughout South America in April, and international festivals throughout the summer. By the time we tour the U.S., then the U.K. in October, we’ll be on fire. I’m incredibly pumped to get out there and play tracks like Burn, Mistreated, Stormbringer and Getting Tighter, as well as some of those older songs that helped define the genre. With this band, I can assure you of a concert that’ll blow your mind.”

A second leg of the USA tour will added soon, with further shows throughout November and December. 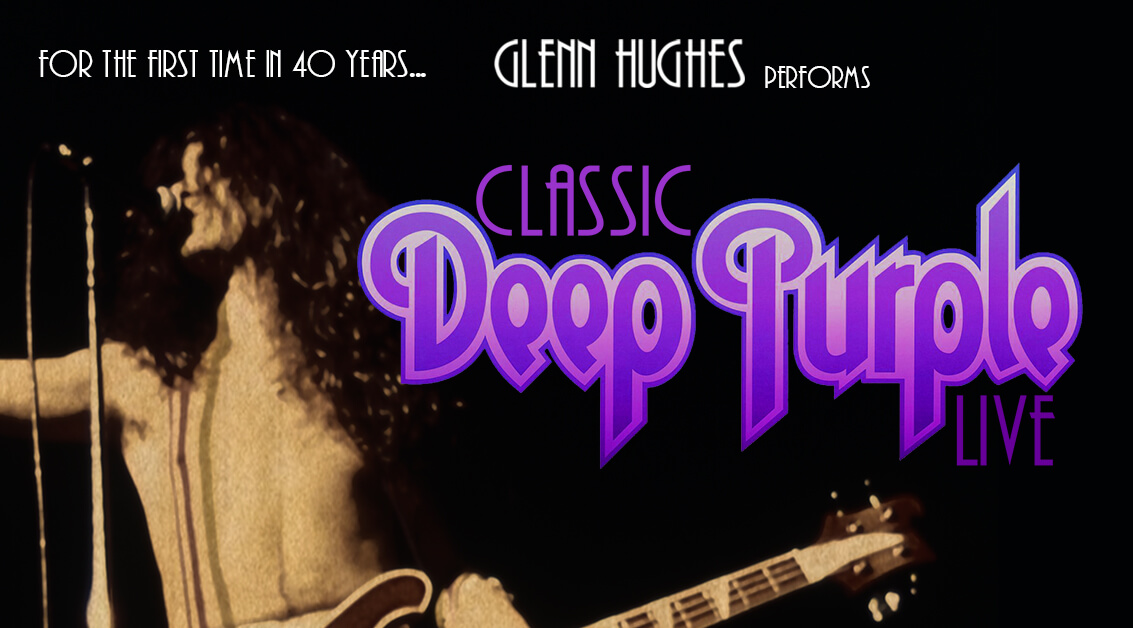