French multi-instrumentalist (bass, piano, guitar, drums, etc.) and composer Franck Carducci has revealed his new video for the song “Closer to Irreversible”, coming off his 2015 album “Torn Apart”, which features a guitar solo by none other than Steve Hackett. You can watch the video below:

Franck says about the song: “I co-wrote ‘Closer to Irreversible’ with my friends Francesca Laneri and Toff ‘Crazy-Monk’ a few years ago when I was living in Amsterdam. It ended up in my second album “Torn Apart” and was thrilled when Steve Hackett offered me to play the final guitar solo, especially because of its psychedelic bluesy feel which is a bit unusual for him. And I totally loved the final result!”

“I wanted to make a music video for it after that, but never got the opportunity until I met the team of La Koloc Production in my hometown of Lyon, France. They’re a gang of youngsters all passionate about video making, and they brought a truly fresh touch to the song. The video contains a fictional part and a live part with the band performing on a TV and a smartphone screen. When looking for someone to play the main female character in the fiction, it was rather obvious it had to be our own backing-vocalist, and tiny dancer: Mary Reynaud. I have to say, I am totally blown-away by her performance” 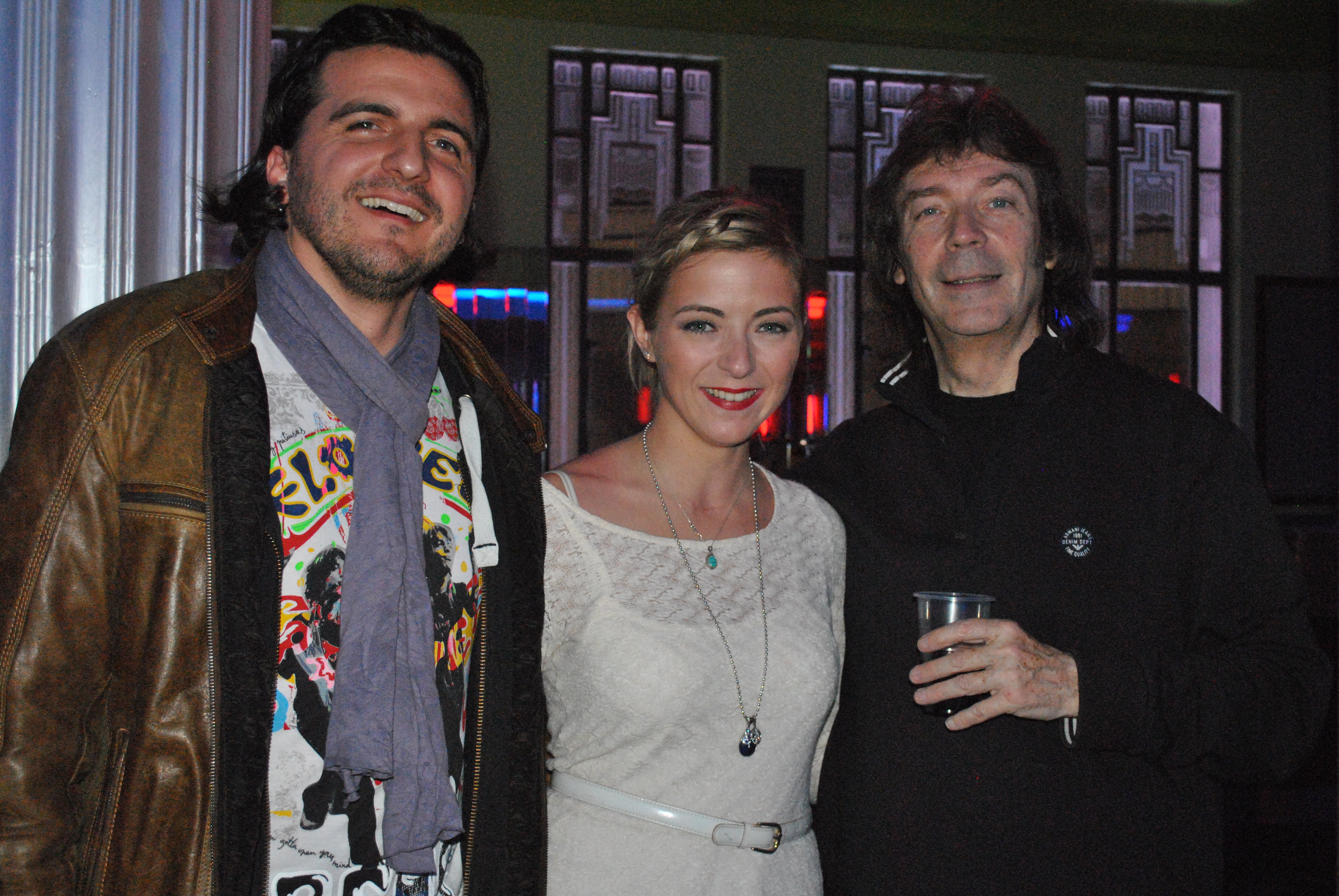 From left to right: Franck, Mary Reynaud and Steve Hackett

Carducci rose in a family where music is a way of life. He produced his first melody on the keyboard of an organ at age 5, and between the ages of 20 and 30 he played with upwards of 20 different bands, and got involved in the recording of 15 different albums, including 2 with French female folk singer Yanne Matis. In 2008, Franck moved to Amsterdam and in 2010 he opened a gig for one of his heroes, Steve Hackett, opportunity that finally propelled him to pursue his own career and record his first album. His debut “Oddity” was widely acclaimed by the specialists of the genre, as well as a lovely discovery for the neophytes. Following the release of his sophomore effort “Torn Apart”, Franck embarked in a very successful European tour entitled “Tearing the Tour Apart”. His two high-energy and utterly addictive performances at Climax Club Legend near St. Etienne in his native France were filmed and later released on Blu Ray and DVD in May 18th of this year.