September 11 will see the release of the new DVD “Flying V”. Issued as part of the popular “Inside Metal” series, “Flying V” was directed by Peter Hansen and produced by Hansen and Michael Denner, and features in-depth interviews with countless renowned metal guitarists who have helped make this make/model one of the most instantly identifiable instruments in all of rock. A trailer for the DVD release can be seen below.

“Flying V” chronicles the origin of the most unique guitar on earth and its incredible influence on the history of rock and roll and heavy metal. Hear from the rock stars themselves as they describe how, when, and why the Flying V forever changed their careers and altered their entire approach to guitar playing.

Journey inside the minds of the biggest icons of our era as they tell their riveting tales of discovery and passion for their beloved Flying Vs. Included are exclusive interviews with members of METALLICA, MEGADETH, SLAYER, JUDAS PRIEST, MERCYFUL FATE, SCORPIONS, ACCEPT, MICHAEL SCHENKER GROUP and more. This musical journey is one you will want to take over and over again as secrets of the Flying V guitar are revealed like never before. 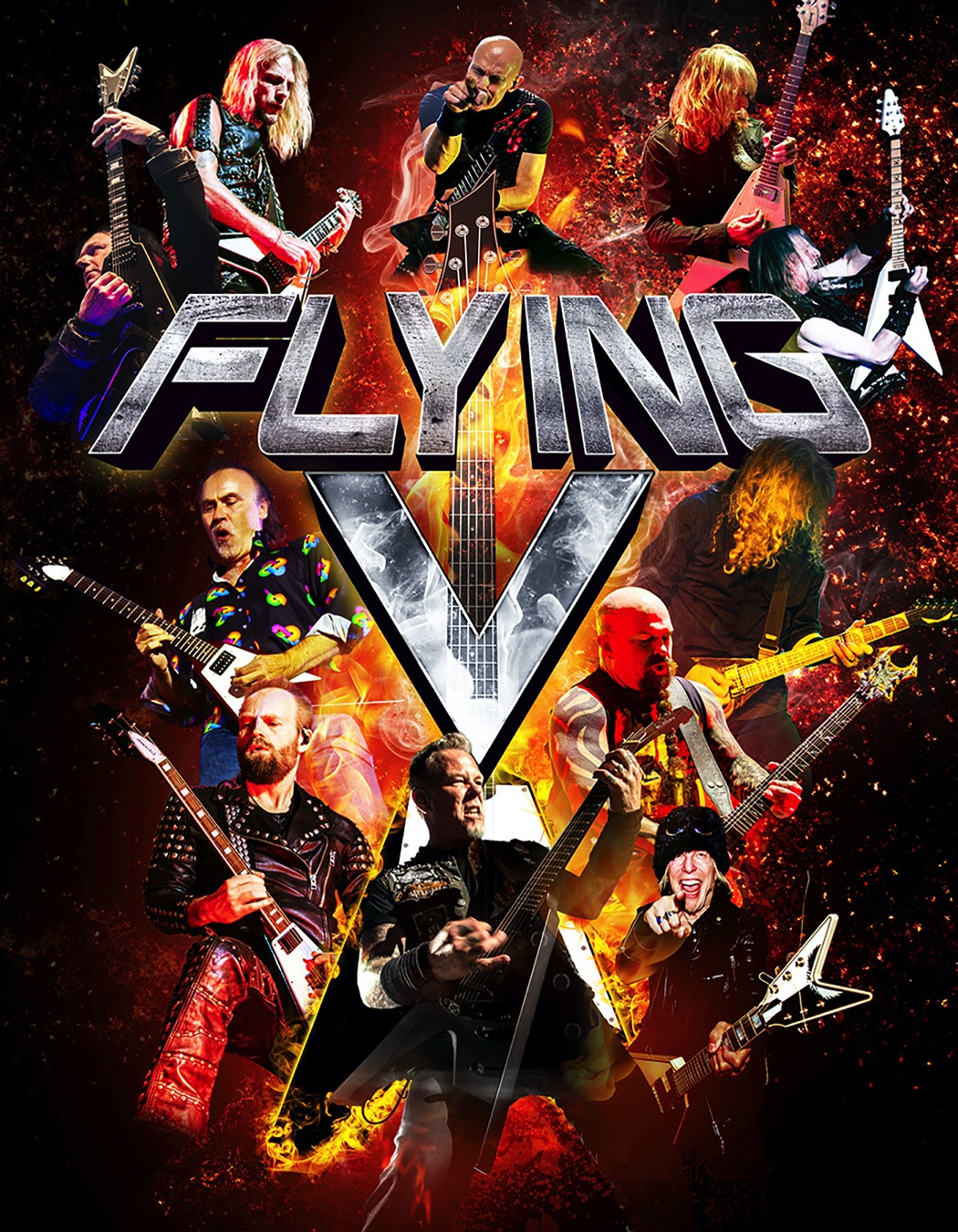 And the rave reviews that this 67-minute documentary has already accumulated are impressive, including renowned rock photographer Mark “Weiss Guy” Weiss saying: “Whenever I saw the Flying V on stage, I knew it was going to be a killer show. I love photographing the V. How could you not? It screams rock ‘n’ roll! It has a presence all to its own. If I were to rate the Flying V, in the words of the TAP, I would give it an eleven one louder!”

Additionally, Bob Nalbandian (director of the “Inside Metal” series) declared it as an “awesome doc on the Flying V! Very informative and intimate interviews with some of the greatest guitarists in rock and metal. An absolute must for the guitar enthusiast!”