Veteran Arizona metallers FLOTSAM AND JETSAM have officially welcomed Ken Mary (ALICE COOPER, ACCEPT) as their permanent drummer. Mary, who began touring with the group last year after Jason Bittner was invited to join OVERKILL, will join the band on all of their upcoming tour dates, including a short run of European shows that kicks off this weekend at Germany’s Keep It True festival. He will also perform on the group’s in-progress new album, due to be released via AFM Records later this year.

“It’s always awesome to play with the mighty FLOTSAM AND JETSAM,” Mary says. “The music is super-challenging and at the same time a great deal of fun to play. With such great musicians in the band that are also great guys, it’s going to be a blast!”

“We’re excited to announce that Ken will be our new drummer,” adds the band. “Ken has already tracked all the drums for our upcoming album slated for release later this year, and we’re all looking forward to the fans experiencing a new chapter in the history of FLOTSAM AND JETSAM.”

A handful of performances on FLOTSAM AND JETSAM‘s European tour will see the group perform its groundbreaking 1986 debut, “Doomsday For The Deceiver”, in its entirety. A new 180-gram vinyl edition of the album will be reissued by the group’s original record label, Metal Blade, this week. “We’re looking forward to a couple of special performances of the ‘Doomsday’ album played in its entirety, with Keep It True being the first time ever the band has taken on that task,” the band says. “With Metal Blade releasing ‘Doomsday’ on vinyl, the timing couldn’t be better for this special set. It’s something we’re all looking forward to playing for our friends in Europe.”

Soon after the group returns to America, they’ll hit the road again alongside Swedish power metal veterans HAMMERFALL, with several headlining shows along the way. Says the band: “This is going to be a banging tour, and we couldn’t ask for a more accommodating and cool group of talented musicians to hit the road with and bring our respective styles of metal to the masses. We have 10 headlining shows; before, during and after the HAMMERFALL dates, so hopefully we’re coming close enough to your city to warrant a heavy metal road trip. Looking forward to seeing our U.S. and Canadian friends and fans on the road!” 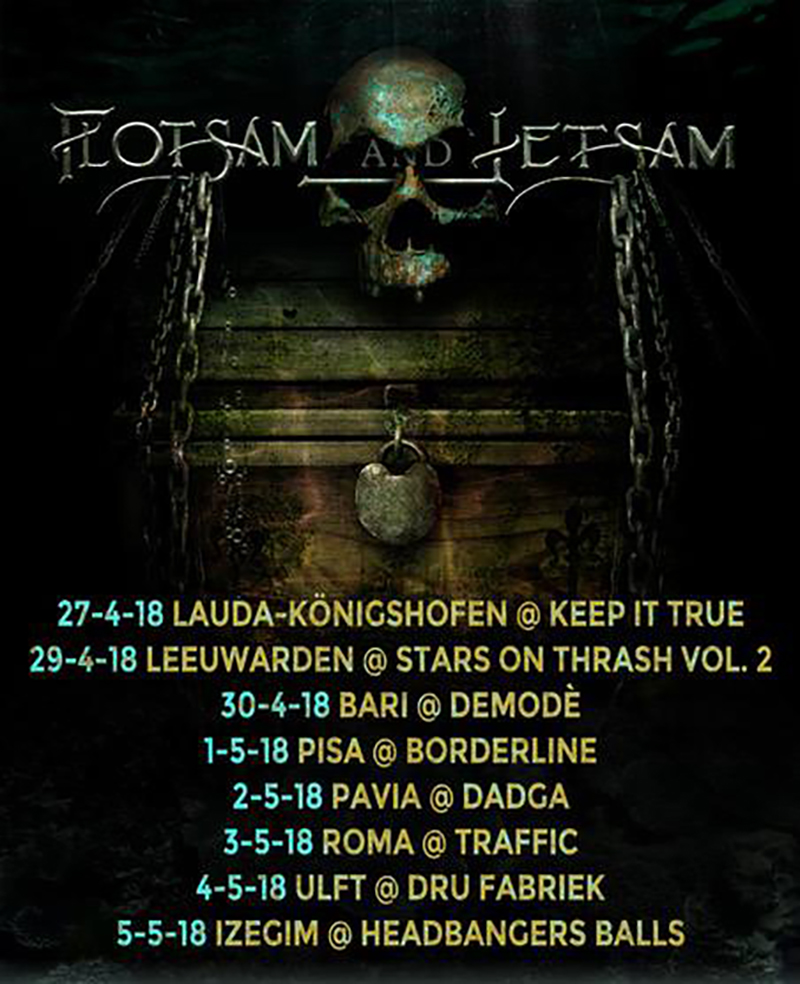