FIVE FINGER DEATH PUNCH‘s 2015 album, “Got Your Six”, has been certified silver in the United Kingdom for equivalent sales of 60,000 units.

The platinum, gold and silver certifications awarded by the British Phonographic Industry in recognition of sales milestones have included audio streaming data since June 2015, with 1,000 streams counting as one “sale.”

Back in 2015, FIVE FINGER DEATH PUNCH singer Ivan Moody told The Pulse Of Radio about the “Got Your Six” title, a military term: “It was just perfect, you know, because it started off with, you know, being the sixth album — you know, most people didn’t expect us to have a second album, so it really went to that point. And then Zo [Zoltan Bathory, FIVE FINGER DEATH PUNCH guitarist] kind of looked at it like, we’ve had each other’s back for almost 10 years now and, you know, in the military, instead of saying, ‘we got your back,’ it’s ‘we got your six.’ And since we also are affiliated with so much, you know, involvement in the military, it just seemed like a no-brainer.” 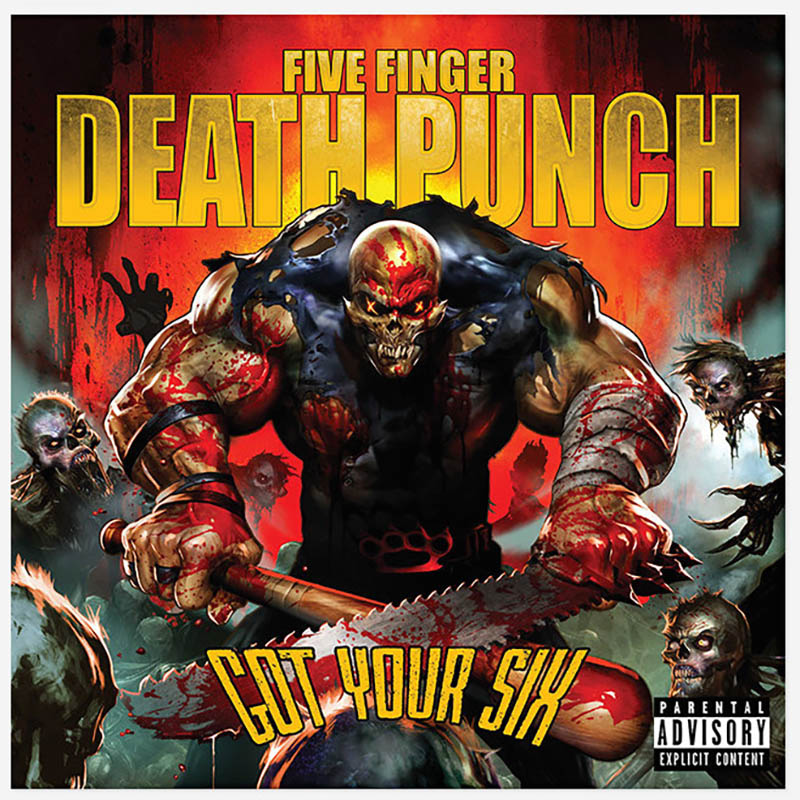 FIVE FINGER DEATH PUNCH‘s latest album, “F8”, was released in February. The follow-up to 2018’s “And Justice For None” capped a turbulent period for FIVE FINGER DEATH PUNCH in which Moody finally got sober after a near-fatal struggle with addiction, while co-founding drummer Jeremy Spencer bowed out of the band due to physical issues.

Much of “F8”‘s lyrical content deals with Moody‘s battle with addiction, its aftermath and his recovery. The singer celebrated two years of sobriety in March.

FIVE FINGER DEATH PUNCH‘s new disc was once again helmed by Kevin Churko, the Canadian record producer/engineer and songwriter who currently lives in Las Vegas, where he works out of his private studio, The Hideout Recording Studio. The drums on the LP were laid down by Charlie “The Engine” Engen, who made his live debut with the group during its fall 2018 tour with BREAKING BENJAMIN.